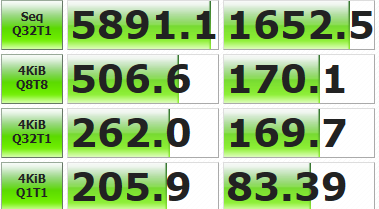 No pen or touch input on the display? What a failure

I don’t use such things lol.

I been downloading and getting them setup! BUT I am playing FFXIV right now with Higher settings! And its BARLEY using 20% with that and other things running where as the FX 8320 was nearly 60-70% most of the time. ALSO less bandwith issues from Live streaming xbox one s to my pc

Many games I am waiting to get a new GPU so I can set higher settings on the graphics that my RX 470 8gb don’t seem to like. lol Soon as I get the new Graphics card Hellblade: Setsuna along with a few others are #1 on my list to play in max settings.

Someday if I’m home and not asleep

Also before I forget with no overclocking of the cpu/graphics. RX 470 8gb (Updated Drivers) So I did some overclocking to 3.8ghz and tested it on Cinebench according to sensors while it was running it never reached over 70c. #6 Is my first Run #5 my second run and #8 is before I touched the overclocking. Somehow that Ryzen 7 1700x still beats me lol.

Edit: As said before got the 1800x to 3.8ghz overclock… However what I failed to mention was its on 1.3v and using Medium LLC. I also gave the Ram a little more power and loaded its XMP Profile D.O.C.C.P I believe it was called in the bios or something like that. However after fixing the Medium LLC which I had forgot before in the original overclock I shot up to 3407 on the cinebench after fixing a degredation in performance as I worked on the undervolting.