If you guys didn’t know, EVOLVE is free to play now. Download it and enjoy! 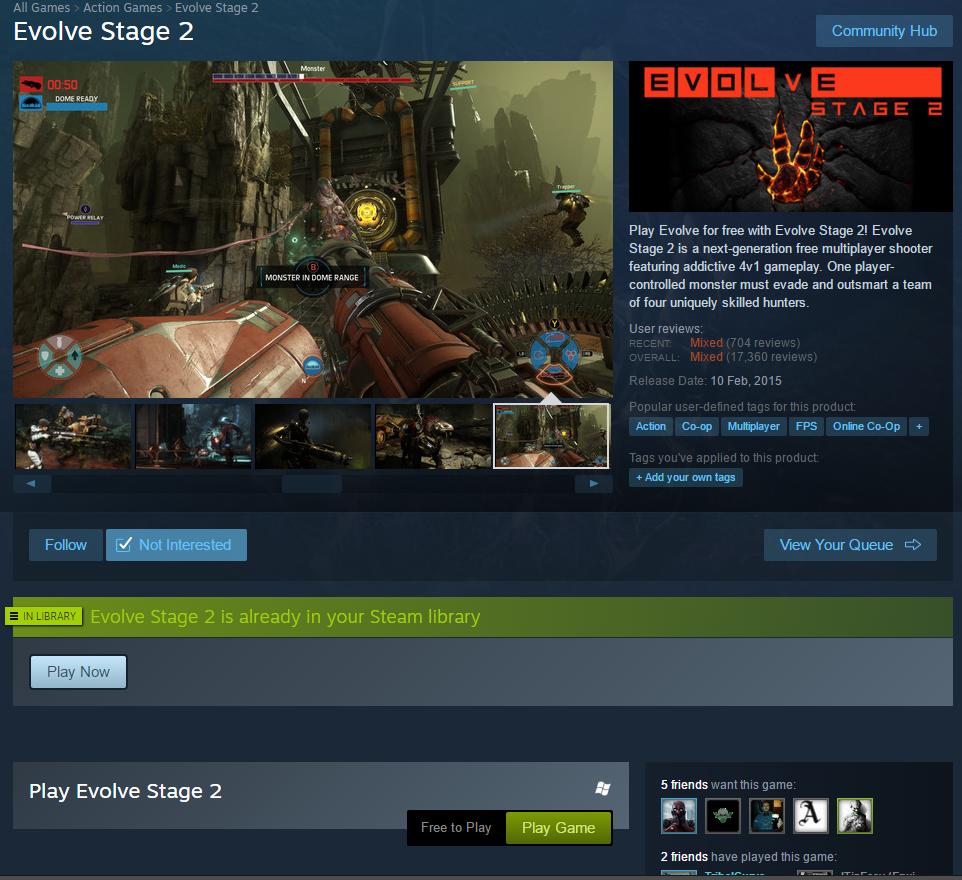 I’ve been waiting for it to post. It wasn’t available yet for me. I’ll check again.

MysticHydro I’ve read it half an hour ago that it’s up for download. Currently downloading the game! It will take me only 11 hours to download it hahah

I couldnt enjoy the beta with friends. Boring after 4-5 matches.

Long overdue move by them to go free-to-play. Too little too late at this point though. Oddly, I actually rather enjoyed the beta. I’m not big on multiplayer games at all so that’s rare. But they dug their own grave with AAA price tag and DLC out the wazoo. Maybe someday I’ll try again but I got plenty other games in my backlog to tackle. And I imagine it has sprinkles of pay to win given their greedy track record.

Katsuo I’m downloading right now. I enjoyed the beta. I thought it was a different style that I could enjoy. It doesn’t hurt to try it again.

Downloading it now too…

Welp, I just played a little. My keyboard is still ghosting/nonresponsive at times in Evolve exactly like CS:GO. Don’t know what the issue is. I’ve tried Run -> steam://flushconfig but it’s not really working. I think the keyboard is dying. Back to the game…I suck at it! I’ve played the monster twice and got killed with in minutes. I don’t think I know the controls very well. I would love to try it out with some of you guys. It might be better that way.

Downloaded it, thank you.