i woke up and open steam and suddenly saw my ban is gone. they unbaned me 1 day ago…!!! 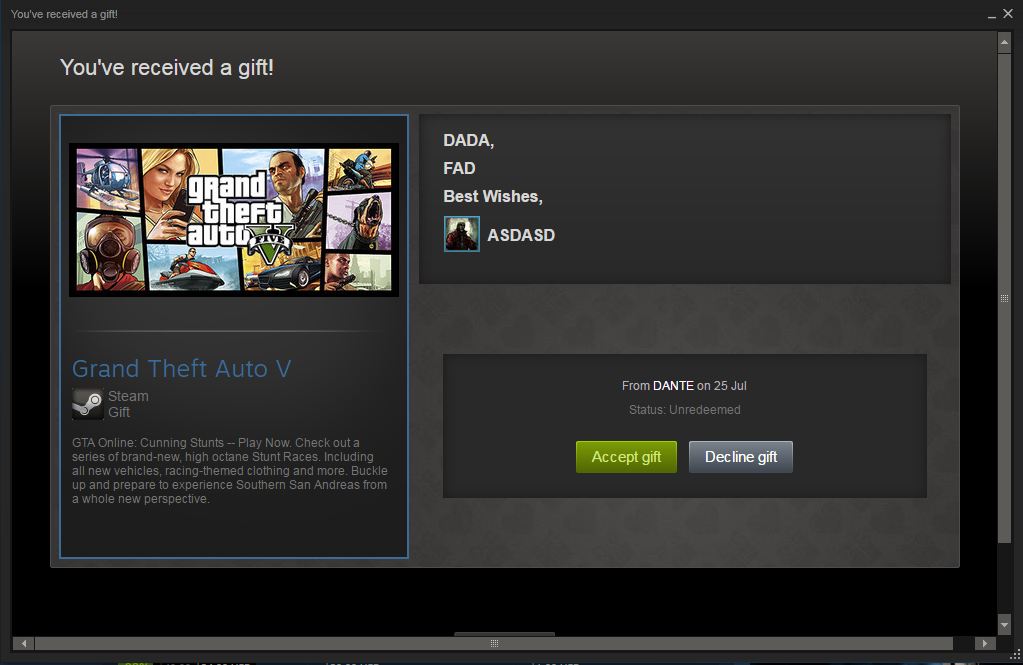 Why were you banned in the first place? Sorry I did not catch up on that. Congratulations getting unbanned.

I was not very active due to personal health issues. Thank you for explaining it again.

How the hell did you send a gift to yourself? XD

I am proud of myself! I’ve yet to play this game

In Fact, I haven’t played GTA at all since PS2! GO ME!

LetsGetIt1220 The only GTA I’ve played was Vice City. Never liked GTA for some reason :’(

Katsuo I was never a fan either, I only used to play it at a friends house loll

LetsGetIt1220 Tell me when you get GTA 5, so i can redownload it… and loose in shitty races against you XD

Katsuo thats my secondary account. i bought few games from that account in summer sale so that i can gift it to my main account when they gonna remove ban

And I would participate in races sometime in GTA V if I am on. I always liked that part of it.

LetsGetIt1220 The only GTA I’ve played was Vice City. Never liked GTA for some reason :’(

I never have either! Red Dead Redemption was awesome though

I’m happy for you!