Man, it feels good to be a gangsta!

Last night, I received the greatest compliment! …You’re a cheater! LOL Playing CS:GO, I was in Mirage. I went 24-2-5 and clutched the final win with a 1v5. I was call “the god”!

The next round in Inferno, we (Terrorists) stormed the left corridor. Some how I got in a crazy shoot out with a CT. I was moving back and forth trying to evade his shots. It was like the Matrix! Never got hit even when another CT first tried to shoot at me. I finally died but I was totally amazed at how I didn’t get hit with all those shots. I made a comment in the chat about it and immediately got a response that I was a cheater.

It made my heart so warm and fuzzy! LOL 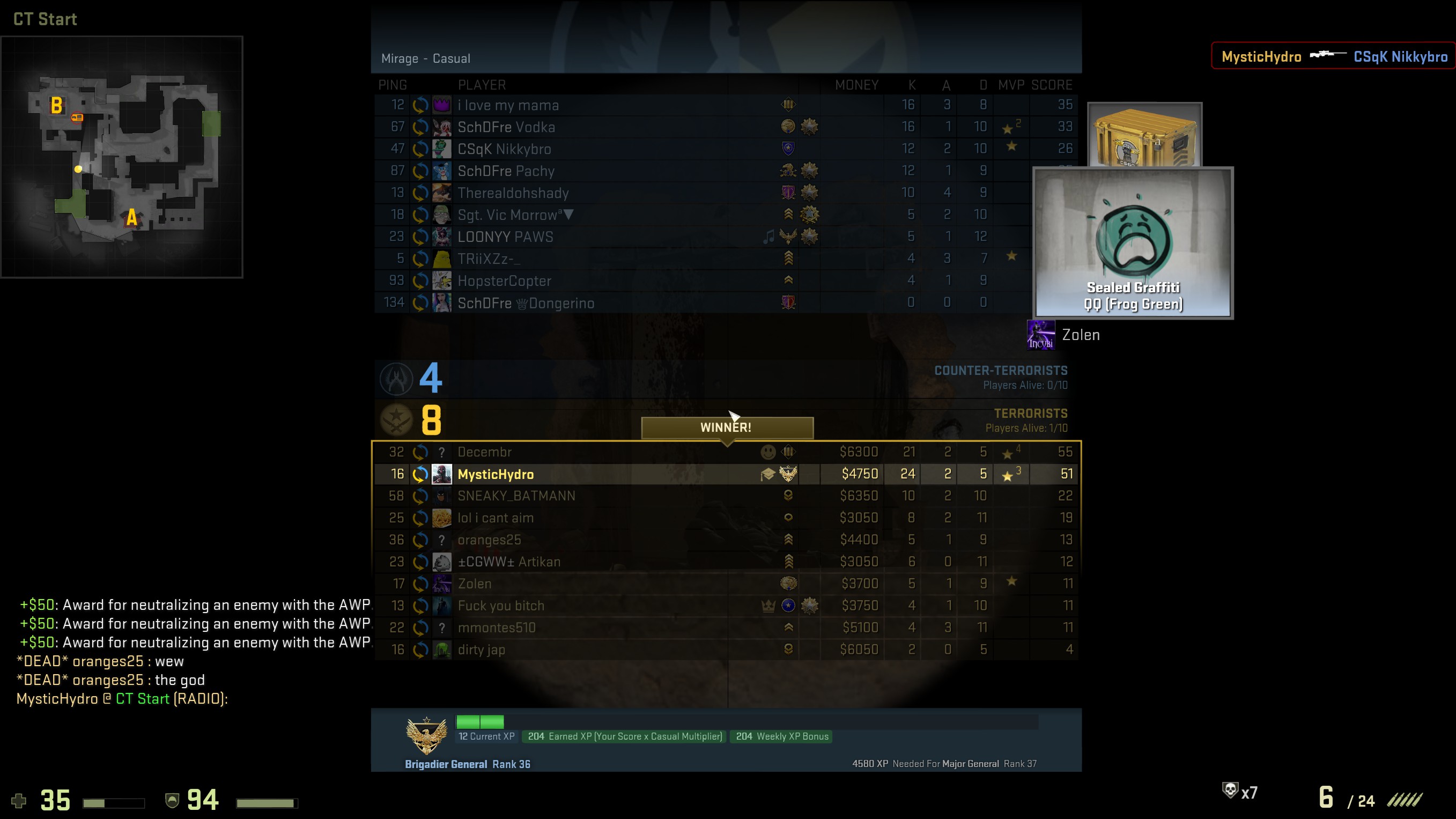 I love when people cry cheater and you aren’t. It is the best.

HAha love these moments. Had one yesterday myself in BF1 got a headshot on a pilot in a plane

Luckiest damn shot I ever think I’ve had in game

Too bad it doesn’t happen more often. I’ve played a bit today and let’s just say…I sucked! LOL Usually I have a pretty good K/D but today has been pretty bad. But those are the “God” moments that bring you back. LOL

MysticHydro You can have more of these “God” moments more often if just buy the cheats for only $10.99 on g3a dot com

teh_g said in Man, it feels good to be a gangsta!:

I love when people cry cheater and you aren’t. It is the best.

When does that happen to you?!