Mass Effect 2 was free yesterday for a short time. People believe Bioware’s 5 days of freebies promotion accidentally launched early and was taken down. Keep an eye out for when it goes live for real DANTE ! 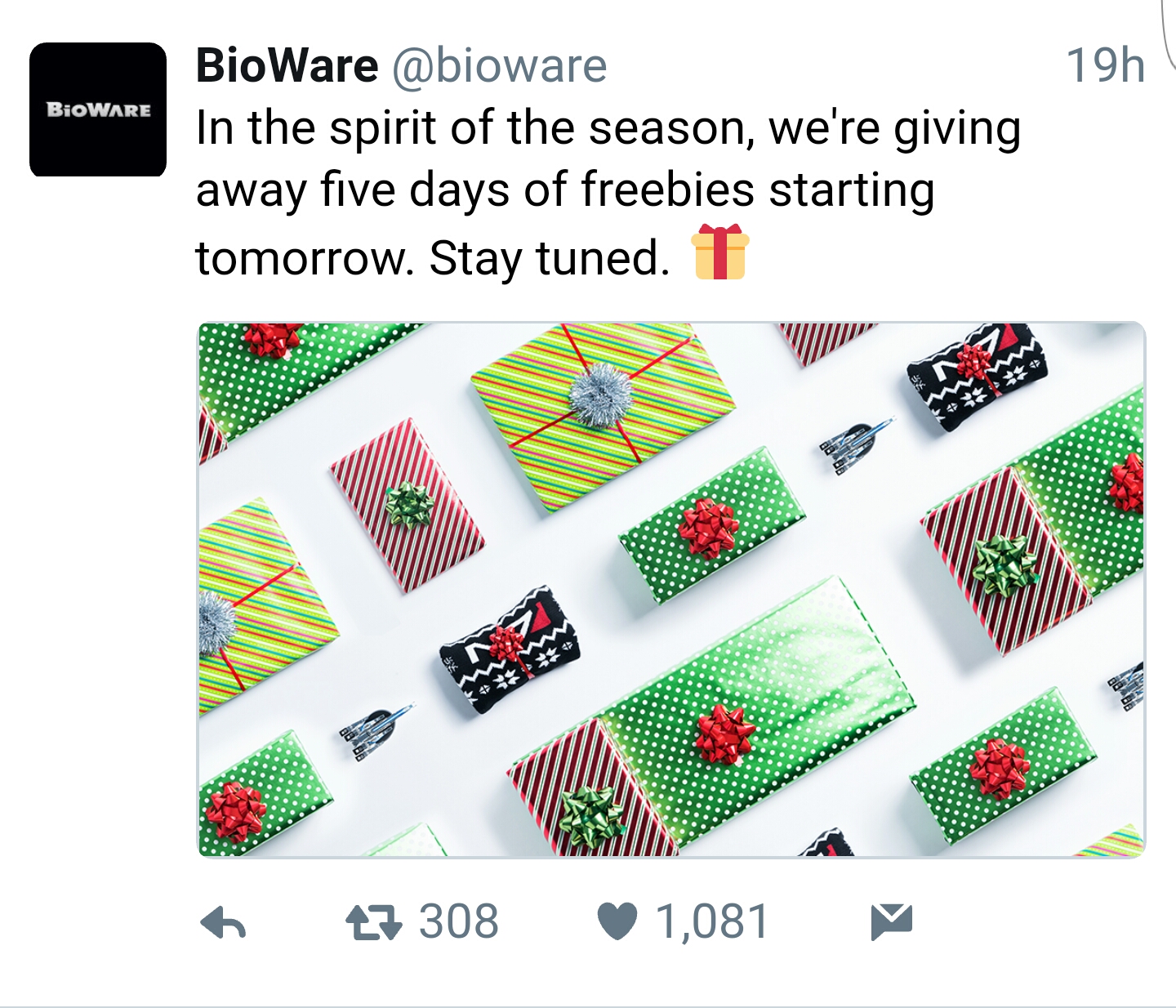 I need the Mass Effect DLCs. Those stupid Bioware Points are horribly expensive. Have all the base games without any dlc

Wish for a Christmas miracle!

i just came here to gave a post about this confusion :3 few of my friends are redeeming it and few couldn’t! here see for yourself 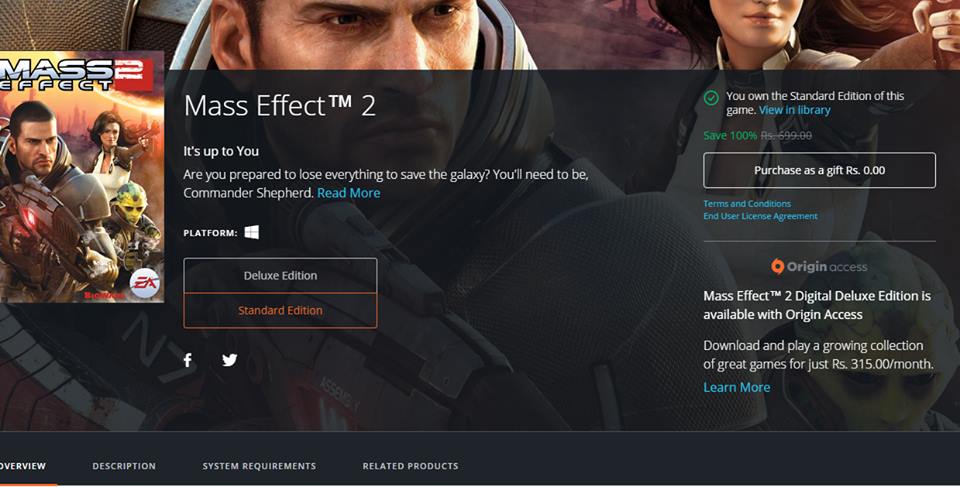 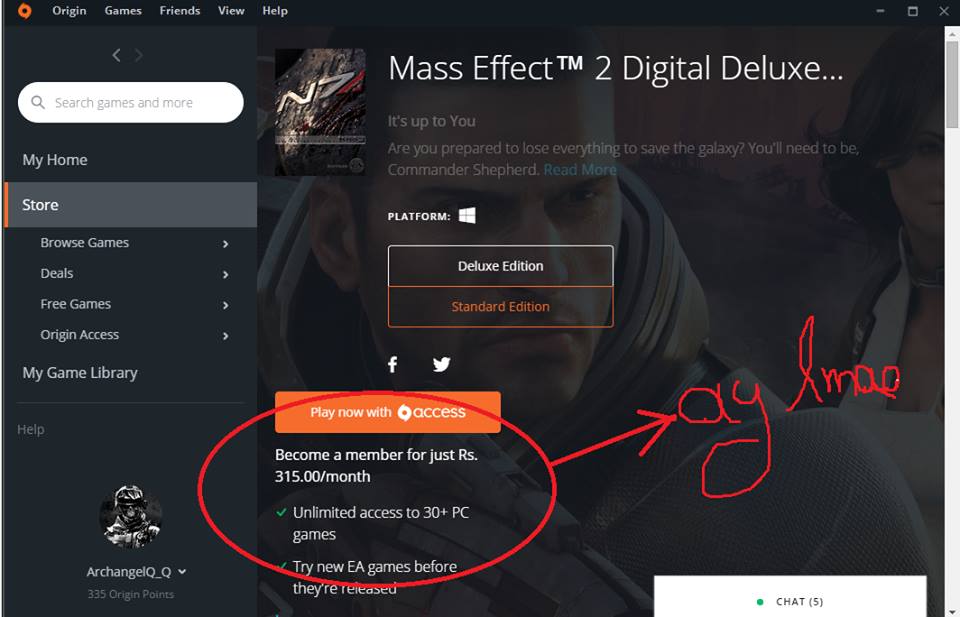 look one friend can redeem it the price is 0.00 there and one couldnt same as me…

So they confirmed Mass Effect 2 for free was a mistake. The 5 days of freebies is some lame twitter contest where you have to retweet posts for a chance to win BioWare stuff.

ShiftySatchmo EA freebies from hell xD … If they can; they would sell you a damn wallpaper