I made my own Crew in GTAV last night. I didn’t go with Gaming Exodus, because I made it mainly for me and my local group, and they do not frequent here. But they are good guys and know about here, they just aren’t forum people.

So anyway, just thought I’d let you know, if any of you want to join, I’d love for you to! Just send me an invite or something on GTAV, as friend, or crew, not really sure what it takes.

My GTAV (Rockstar) name is Polekatt, and my new crew is called Genius Exiles, or GEEX for short.

Heyas there, precisely yesterday i was thinking about GTA V and wondering if if still worth buying, i been seeing alot of watchdogs 2 with all the hype lately but i never give GTA a try, amybe i can ask for it this xmas to santa wife lol.

Well we finished our first big heist together last night. That was…intense.

I know that a lot of you have probably played the heists by now, and it may be old hat. I’ve actually had the game since the beginning, I even preordered it, but other than completing the very first little tutorial heist with Scavenger , I had not done any more of them. I just did not want to do them with pickup groups that I did not know the people.

Since two more local guys I play with finally got the game, we finally were able to do a true four person heist. I honestly could not imagine doing this for the first time with someone I didn’t know, and could not communicate with. We were on our discord channel, and had to be in constant communication the whole time, for this thing to even go remotely smoothly. Sometimes we even had to split into two different chat rooms so the pairs of us could talk without messing up the other two’s communication.

But it was great fun, I loved it. I have now been deemed the unofficial helicopter pilot of our group, when called for, because apparently I’m the only one that can fly the things. and I don’t do it well, in my mind, but they thought so. I managed to fly air support and defend the other guy, who was flying the plane.

They will fly with me, but they don’t like riding with me. I pretty much like to slide my car around and do J Turns, commonly known as “the Rockford” (loved that show!) and fit my car into spots that are too small for it, all the time. LOL

I have never done a heist yet either as all my crew are no longer playing.

Just thought I’d show you guys the crew emblem that I come up with. I used the Rockstar stock things to make this, but think I did a pretty good job. My crew seems to like it, they put it on their cars. And its way better than the old red on black GT logo, which was the main reason I made my own crew, so I wouldn’t have to look at that one anymore. 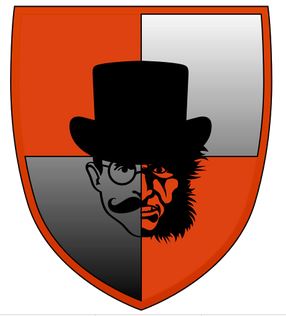 Last night, as we finished our third heist together, the crew wanted to do something else for a few minutes, but no one wanted to stay on long enough to do any more intense missions. So we decided to do some impromptu racing, specifically one that one of our crew members had been wanting to do badly.

If you aren’t familiar, GTA has all sorts of races built in, with checkpoints and set tracks through the city, but what we enjoy is called impromptu races. You are just out in free roam, you set a waypoint anywhere on the map, and you challenge anyone that is in range of you to race to that point.

Well, what Marc wanted to do, was to race tractor trailers, with the trailers attached. So we all went out and stole trucks, then met at a parking lot, and… think about four goofy friends racing tractor trailers on snow covered roads. It was about as fun and hilarious as you would think it was!