I finally reached Diamond! All that’s left is Champion & Grand Champion! Andddd I don’t even have a team, just pick up with randoms! I will get to Grand Championnnnn! 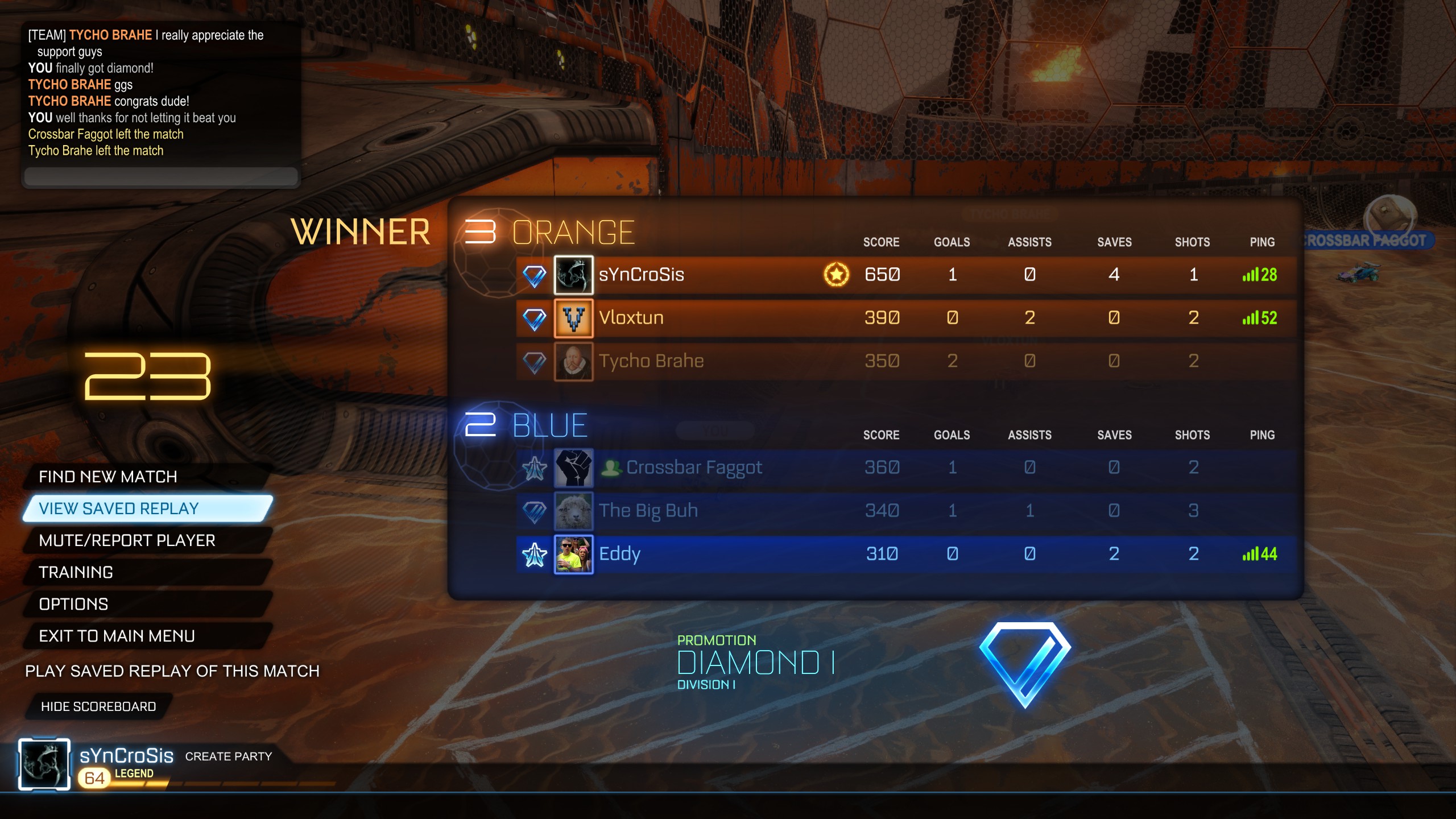 Also, found a cool website that tracks all RL stats. Here are mine, and I’m actually really happy about them. Pretty balanced! 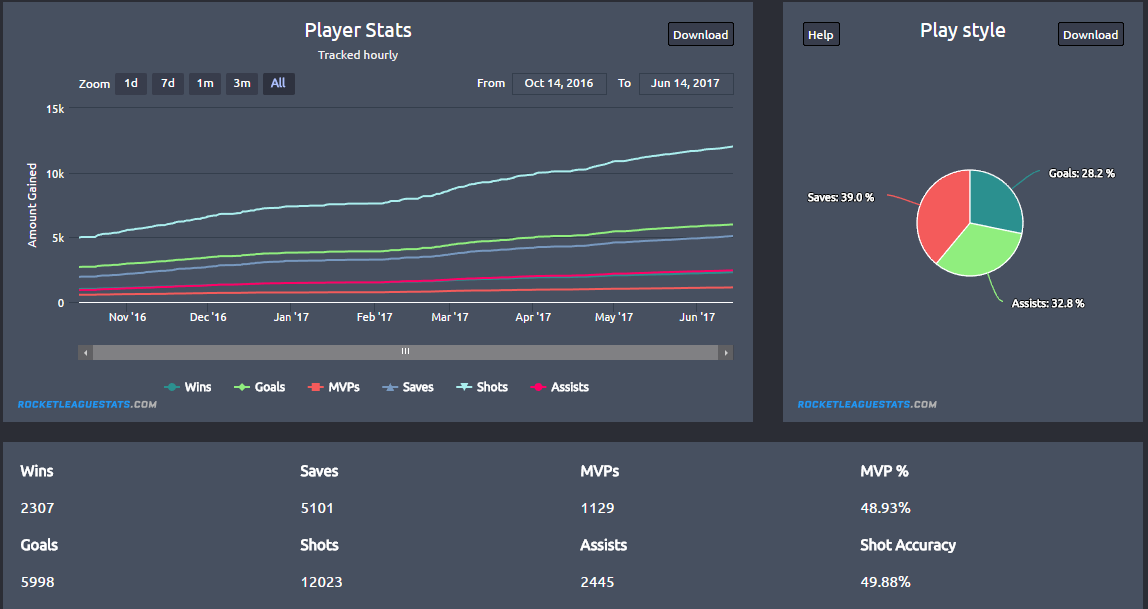 sYnCroSis You sir are killing it at that game.

Do you play with a controller or keyboard ?

You sure play a lot

ShiftySatchmo have to for many reasons. If you stop after a week or two, they start your rank over so you have to stay active. The more you play the better you get - I have 600 hours in it and am still learning things. It’s such an easy pick up and play game. If I only have 30 minutes I can squeeze in a bunch of matches. Many other reasons, most of all, I’m having fun!

sYnCroSis you don’t have to defend it. I was just making an observation haha

ShiftySatchmo I have to in my mind, 600 hours is a lot of my life hahah

Ayyy I have also spent a lot of hours into a League game. This is only 2 of my 7 accounts. XD
Congratz on your rank up. REFLECT BRIGHT LIKE A DIAMOND

Ready to become a champion.

Zmajuga I hope! so far so good today

ShiftySatchmo Don’t steal my quote I’ve been repeating to you all E3!