Well the teams are just about set. The East has a couple questions left but it should finish with the 8 teams in now actually in. Out West “my” Kings are a point away from elimination to finalize things there. While most of my efforts are spent dreaming of a Summer with Sutter riding into the sunset and Dean Lombardi following him and Vegas being dumb enough to take Brown. There is some playoff hockey ahead! I’d say it always delivers but last year there was no passion and finished with two healthy, battlescar free, teams in the Finals. But it is usually good times.

Who ya got? I’m taking the easy route and saying it is finally Washington’s year. Their 5 on 5 possession is videogame-esque. Its downright silly. They made good depth moves at the deadline and I think its all there. All the upstart Canadian based teams are good storylines along with Columbus. Though I’ll be routing full bore against Calgary, rubbed the Kings wrong down the stretch. If I had to pick a darkhorse I’d say the Blues. The midseason coaching change that worked, the favorable first round matchup with the plummeting Wild. Just might be some stars aligning there.

Boston Bruins or GTFO! I haven’t actually been following so don’t know how they’re doing but always stick with the home teams!

I also like the Bruins but never get to watch them so I dunno…Maybe Sharks vs. Bruins for the cup!

ShiftySatchmo According to facebook at this very moment, Bruins are up 2-0 on Chicago

I still can’t believe that weasel Marchand’s Olympic performance a few years back has actually been backed up by his continued play. 37 goals last year and one away from 40 this year. Impressive!

I think the Atlantic is wide open for any of the 4 teams that make it in. Heck, NYR getting the crossover will probably be the favorites. But no reason BOS can’t come out of that and make it to the East Finals. Make it that far and momentum alone can do some funny things.

…I’ll be routing against them though.

The playoff bracket is set! Tampa tried to make a late push but Toronto held. 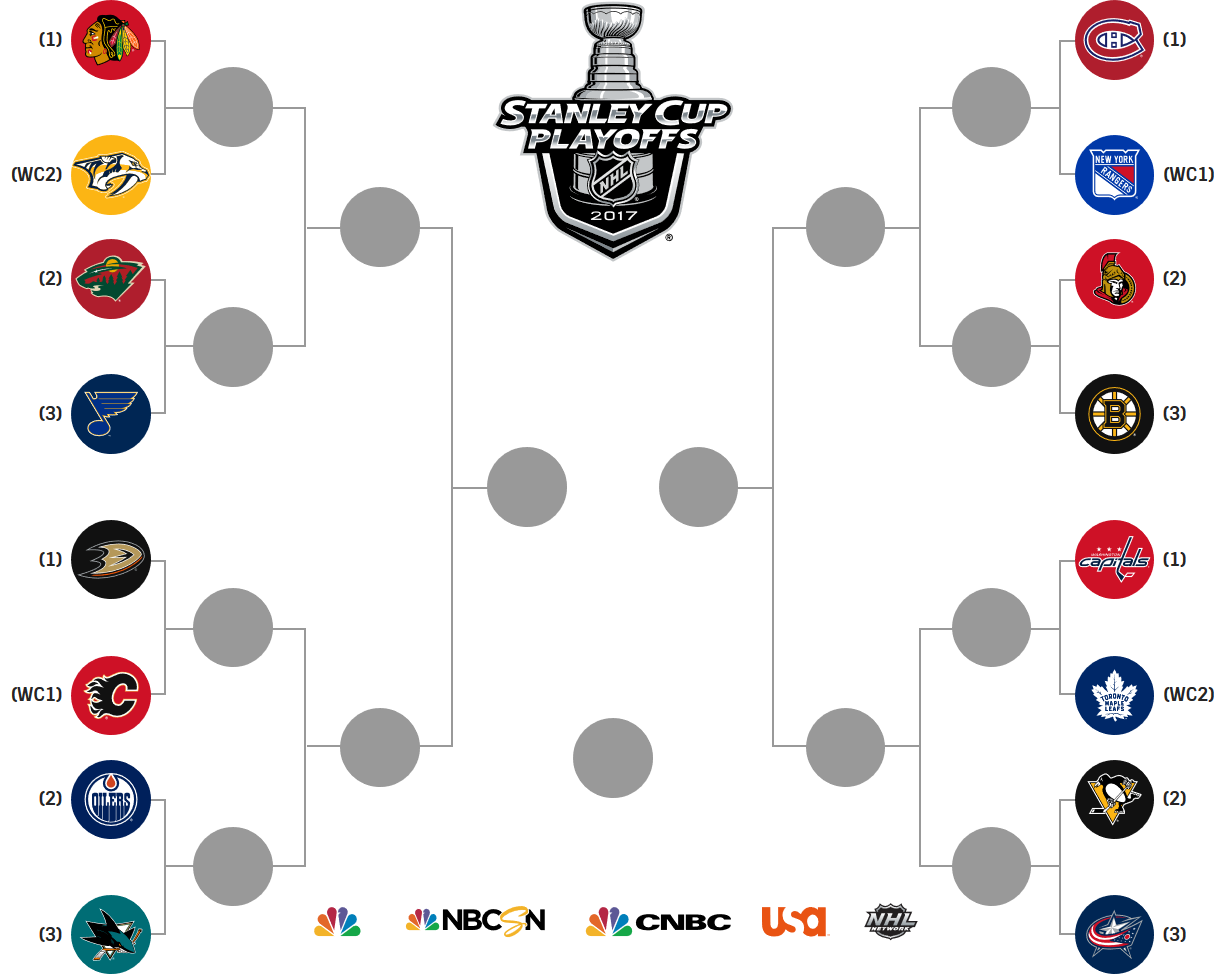 Ottawa vs Boston is probably the biggest toss up of the bunch while Washington over Toronto is probably the only safe bet. Though nothing is safe in the NHL playoffs. And speaking of… I got a weird feeling about Nashville pulling a stunner.

But Anaheim vs Calgary is my favorite matchup of the first round. Should be HEATED and the most “old school” series as far as the fisticuffs are concerned. They do not like each other in the least. I won’t miss a game of that one.

schlitty however, I guess I’d rather the sharks beat the ducks

Pens and Blackhawks I want Boston to implode, hate any team from Boston with a passion except the Celtics who are my favorite basketball team.

OH and I have to root for the Canadians against the Rags.

You’re all over the place! But I like the passion. I would cry if it was Chicago and Pittsburgh. Gimme some fresh meat!

Pittsburg is crushing it tonight. Boooo

Wish I could have watched the bruins game

Boston and New York both steal Game 1’s on the road. That McAvoy kid played out of his mind for that patchwork defense. First NHL game and leads the team in minutes played (edit: Looks like Chara passed him up just barely, but still!).

schlitty now I need sharks to win and I’m happy

Sharks have snuck back into the game after getting beat physically and on the scoreboard for most of the game. 2-2 and headed to the PP… I still got Edmonton in this one though. Getting late in EST, one OT game is enough.

Edit: So of course OT… Haha. And here I was thinking about getting on an earlier schedule for the F1 race this weekend…

schlitty such an epic match! Sharks finally showed up 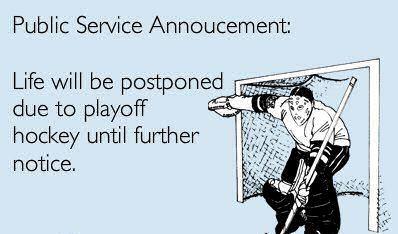 Heartbreaker for Toronto. Got up early and then lose it OT. Nashville takes Game 1. 1/4 of the way to that stunner! Road teams 5-2 now. And Ducks/Flames is full of hits as expected. Got an early morning tomorrow, dunno if I make it to the end of this one without some fisticuffs.

Once my fantasy hockey team was out of it, I didn’t care anymore.

I think they placed, 4th or 5th or something. I don’t remember. They lost. For me, either you win it all, or you lose.