Nvidia said it introduced a raft of DX12 optimizations in its latest driver. Those optimizations are specific to nearly half a dozen games that collectively see an average performance improvement of 16 percent, according to Nvidia’s internal benchmarking. Here’s a look: 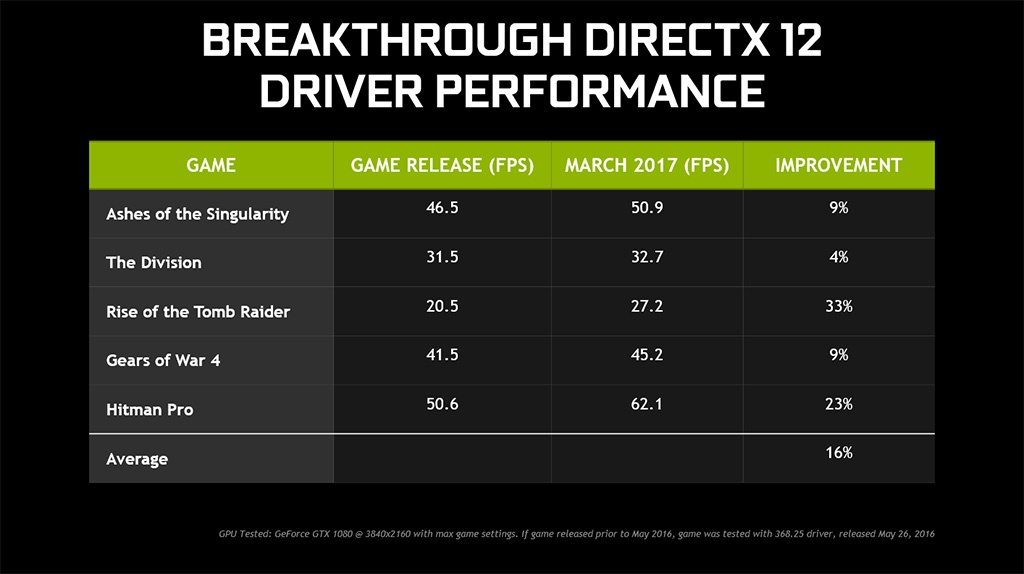 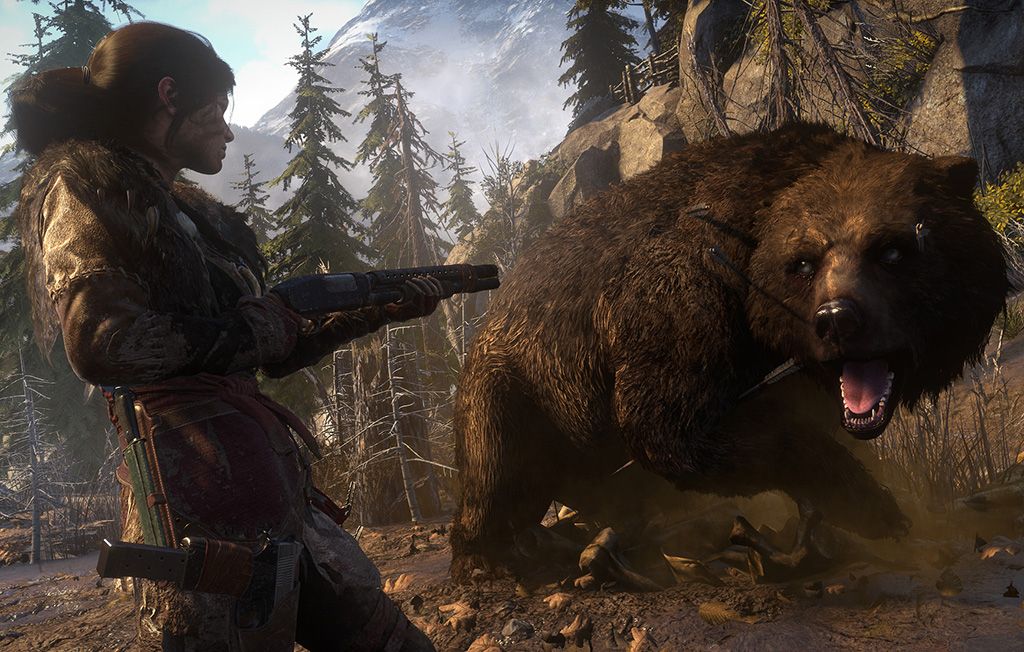 Get up to a 33 percent improvement in Rise of the Tomb Raider.

I’m starting to like nvidia a bit more. That 1080Ti is a freaking beast. Someone buy it for me!

Katsuo OMG, did you just really said what I think you said?

ButtStallion That I love you? Nah. <3

Even though i got an Nvidia card myself, but i don´t see big news … since it isn´t the first driver that brings Performance boosts for the GPU´s and the gains are only in 4k … wich still is a thing for a very few people

The performance boost is in dx12 games. No one said the gain is only in 4k, they did a benchmark. Somewhere I saved my old Hitman dx12 benchmark. Need to run it with the new driver, let’s see it can really deliver in 1080p as well

So I just ran the benchmarks. Never or rarely happened before that a game runs better in DX12 with a Nvidia card, so I think this is a step forward. DX11 avarage: 74 fps, DX12 avarage: 83 fps 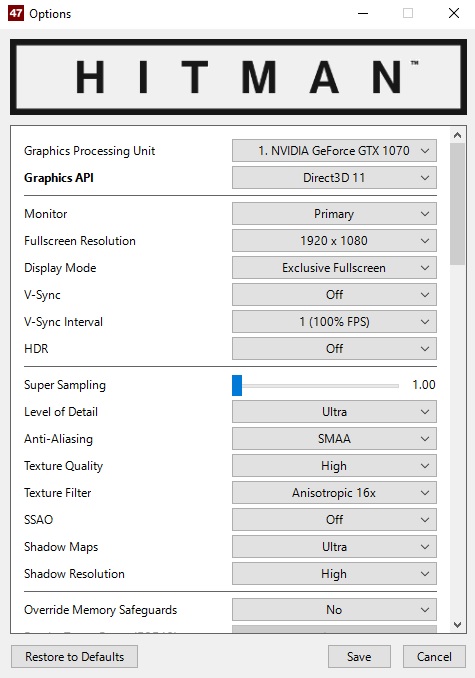 Rise of the Tomb Raider benchmark 1080p, fxaa and the following options 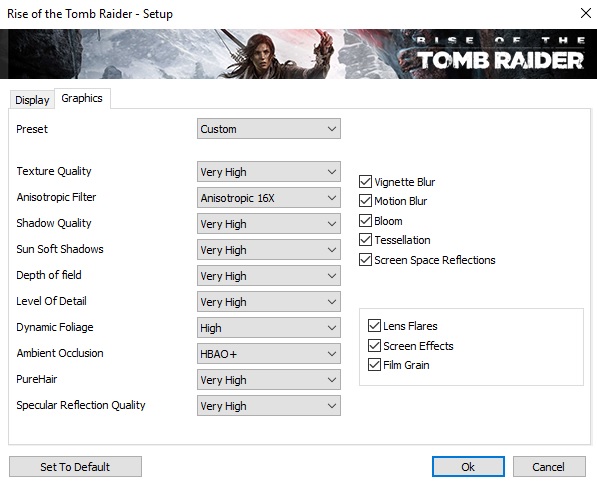 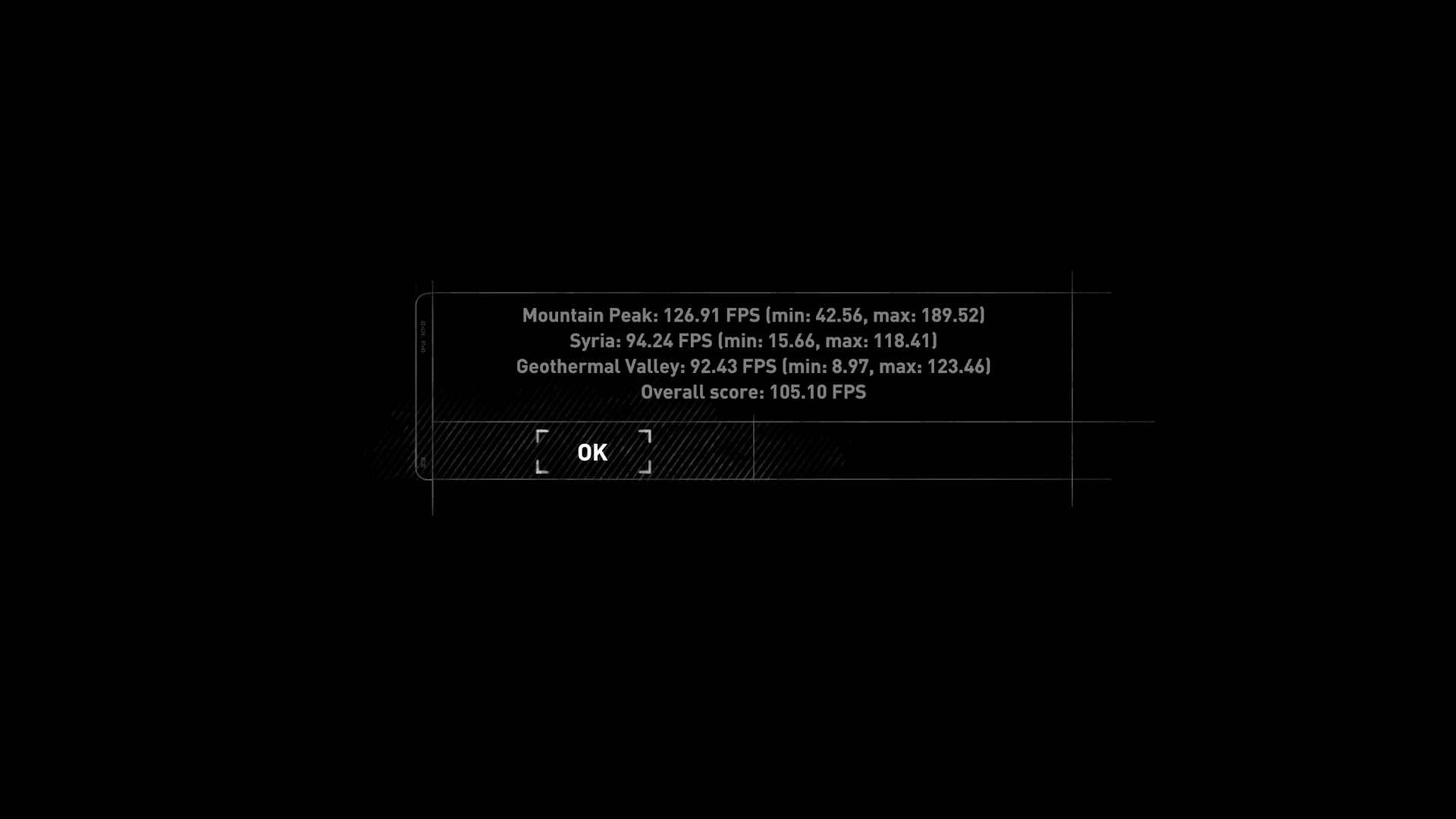 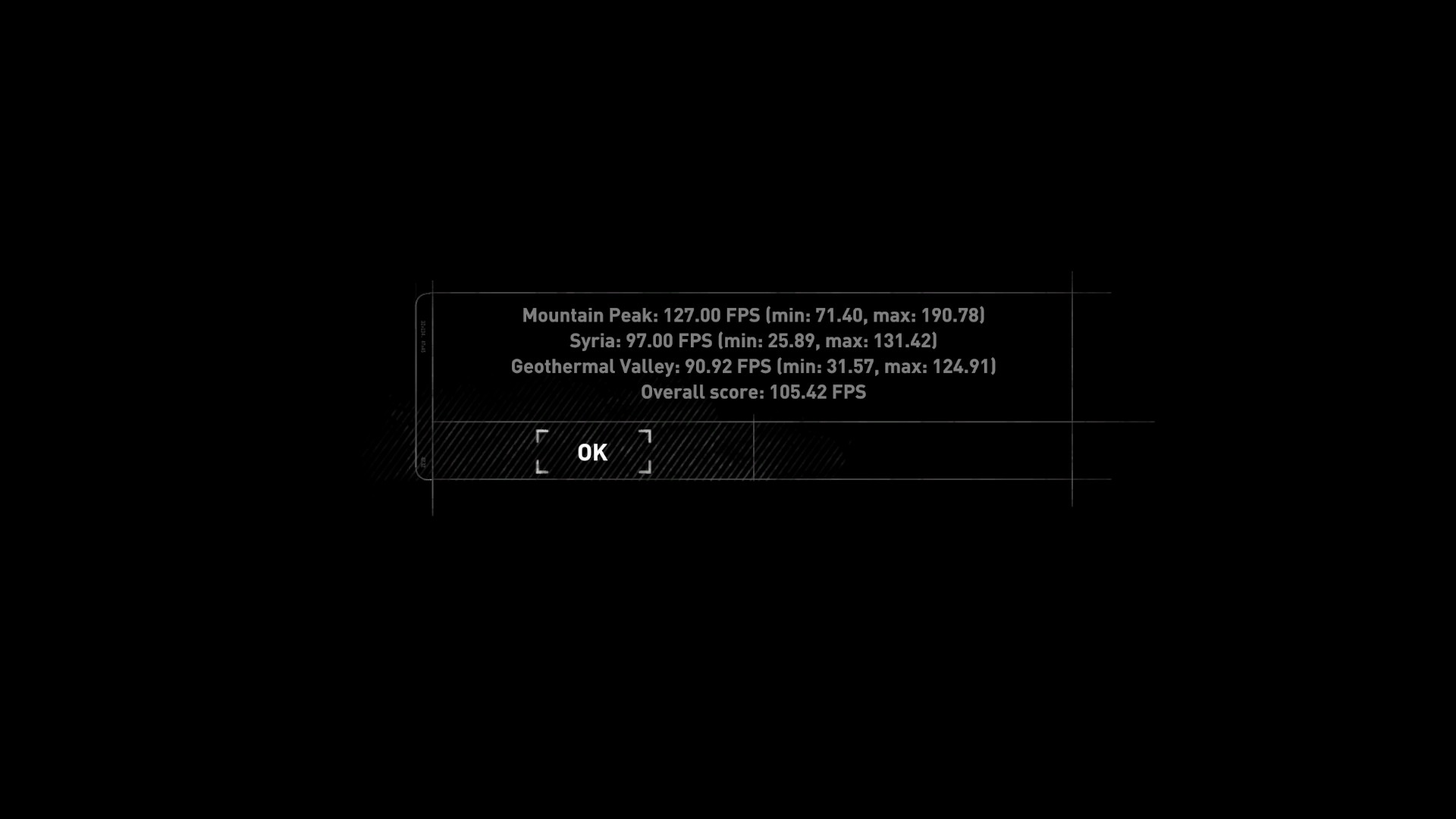 It looks like the avarage fps remained the same, but great gain in the min fps.