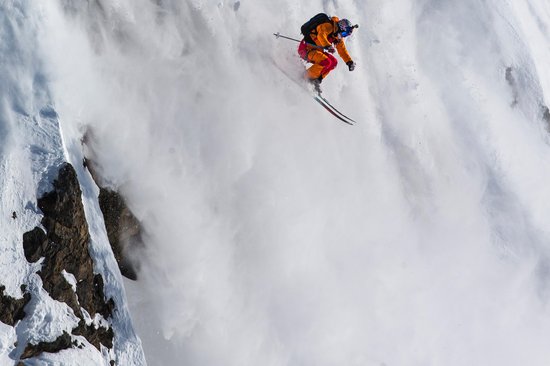 Professional extreme skier Matilda Rapaport has passed away after she was caught in an avalanche while filming a promo for Ubisoft’s new game, Steep. She was 30 years old.

Red Bull, her sponsor, said in a statement to The Guardian that the avalanche occurred near the resort town of Farellones in the Andes mountains in Chile last week. She was taken to a hospital, but died there after suffering oxygen deprivation and brain damage.

Just five days ago, Rapaport shared a video on her Instagram page with the hashtag #STEEPgame.

Ubisoft has also released a statement on the incident, praising Rapaport’s “courage, passion, and desire.”

“We are deeply saddened to learn the death of Matilda Rapaport, the remarkable Swedish freeskiing athlete,” a spokesperson said. "During a video production in Chile on Thursday, July 14th, Matilda was caught in an avalanche. Despite the medical care and treatment over the subsequent days, it was not possible to save her life.

“Matilda’s courage, passion, and desire to share the sport she loved with the world served as an inspiration for other athletes and for us all. This tragic accident has deeply touched us. Our hearts and prayers go out to her husband and her wider family at this difficult time.”

This wasn’t Rapaport’s first experience with an avalanche. In 2014, she got caught in an avalanche in Alaska, an event that prompted her to speak frankly about facing her fears and getting back out there.

Rapaport was featured in a number of skiing movies, including Shades of Winter and Pure. She will also be seen in the upcoming film, Between. Additionally, she was a contributor to Women’s Health magazine.

That’s sad but you have to expect that kind of stuff when you are part of any extreme sport.

That’s sad but you have to expect that kind of stuff when you are part of any extreme sport.

I have to agree, there was a wingsuit diver that slammed into a mountain last year, same thing. At least he died doing what he loved and not in a hospital.

Sir_diealot you may want to edit the post to remove the embedded advert tagline.

Sir_diealot you may want to edit the post to remove the embedded advert tagline.