Got a brand new case! (YAYY!)It is an Aerocool Aero 1000 (http://www.aerocool.us/pgs/pgs-a/pgs_a_a1000_w.html) and it is incredible! (Excellent, marvelous, absolutely fabulous!﻿ for the Greek guys). Problem is that i have it in a small cupboard (no room elsewhere) and since in Greece the temperatures are around 1 BILLION degrees, the cpu/gpu tend to get hot (i have seen 83C on the GPU after some gaming and 77 on the CPU). The case has 3 fans (2 at the front 1 at the back-specs on the case webpage at the bottom) I was thinking of putting those two at the top as exhaust and add 2 more powerful 140mm at the front (i have looked into some but nothing final yet) Now since the case doesn’t have a fan controller i might need one, even though i can use the motherboard connectors for now. So my question, is it worth it putting 2 more powerful fans in? If yes, 4 fans intake 1 exhaust or 2 high cfm fans intake and 3 lower cfm exhaust? (according to the data sheets 1 of the 140mm fans i have found provides more air than the 3 included 120mm fans combined.![alt text]

Its not just about how much air its also about where its going. You want to make a flow through the case not just get it in. My personal recommendation would be 2 intake and 3 exhaust, should also be set enough to help keep dust from settling in your system so bad.

Like Only0neKnight said, usually you want to have intake that will flow into exhaust fans. Try and keep the flow of air free from obstruction (cables, etc). If you can’t, you may want to get higher CFM fans over faster fans.

Speaking of which, I need to replace my front fan to push more air in that way.

Also, moving into Tech Support so ShiftySatchmo doesn’t yell at me for not moderating.

Thanx for moving it! I intended to make a small review, but i had to cook and left it for another day
So far this is the best fan i have found (combination of CFM/noise/pressure/price)
https://www.bitfenix.com/global/en/products/accessories/spectre-pro-pwm#specs
Thinking of getting 2 of those

Thanx for moving it! I intended to make a small review, but i had to cook and left it for another day
So far this is the best fan i have found (combination of CFM/noise/pressure/price)
https://www.bitfenix.com/global/en/products/accessories/spectre-pro-pwm#specs
Thinking of getting 2 of those

If you don’t mind paying a premium, I use these on my radiator (so they are great for pushing air). 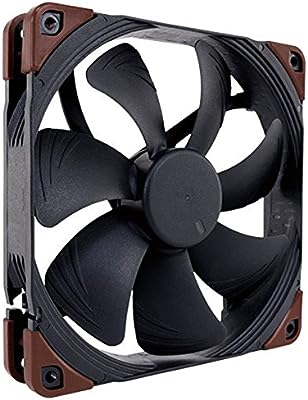 teh_g Those Noctua iPPC fans are the truth! Got a few of them with some Chromax accessories up in the loft just waiting for me to get a decent case to use them in lol.