Finished up Divide By Sheep this afternoon.

I like time wasting puzzle games so it worked for me. The 150 puzzles were all tightly designed and the game consistently added new twists/concepts. Never felt cheated, always a “duhhhh” moment when you figure a puzzle out. Which is important. It was however a slightly lazy mobile port. NOT a bad port by any means. But justt plain lazy. “Rate this app” screen and no windowed/resolution control are the glaring flaws. It does however run at 60fps (as long as you don’t alt+tab!) and it looks clean as far as graphics being 1080. Thumbs up. Got all the “stars”, didn’t even realize you could beat the levels without doing them perfect. So just worked out happenstance that I got the worthless Steam trophy achievement things. 8+ hours out of it while “multitasking”. I’m not complaining! 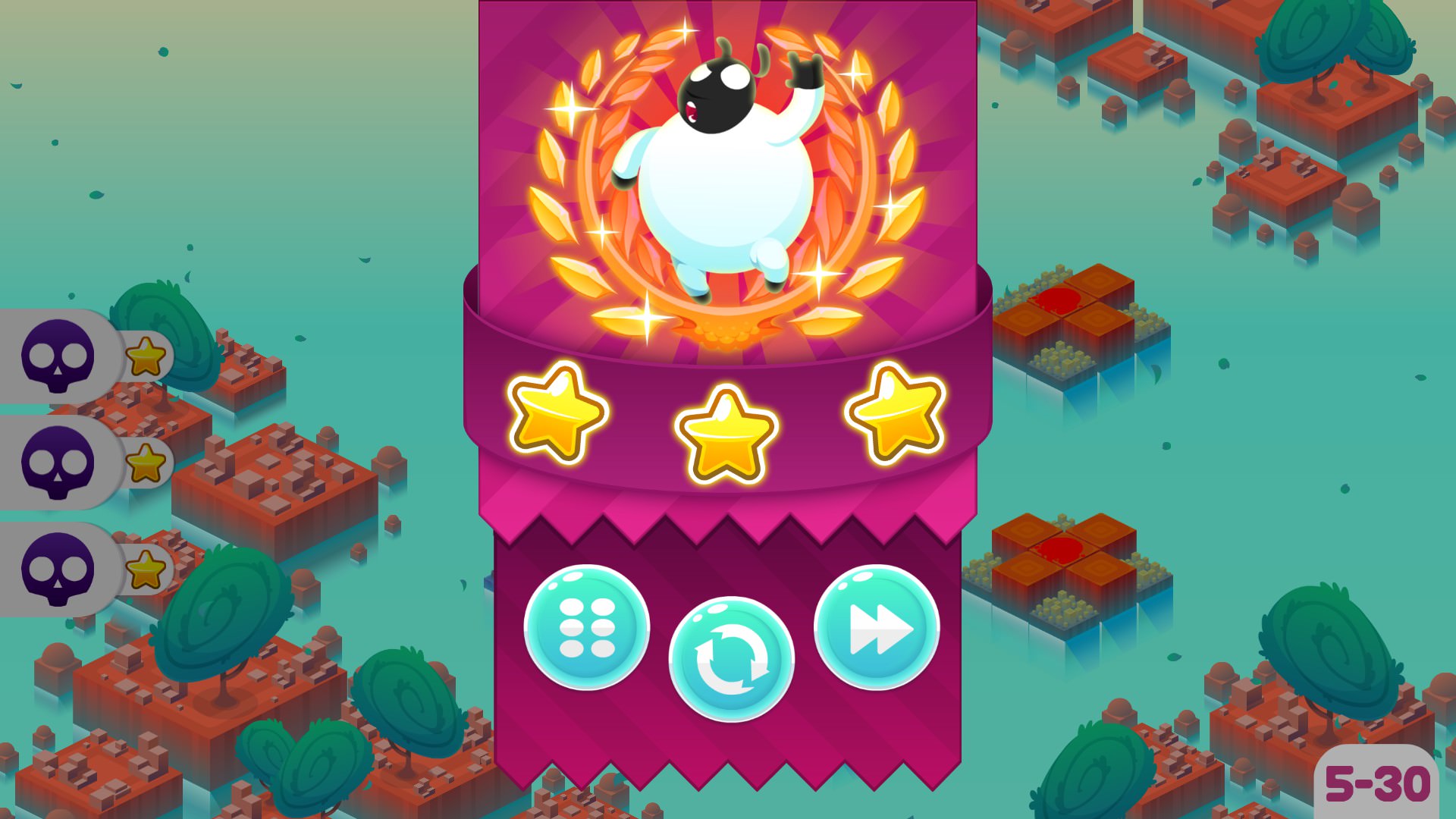 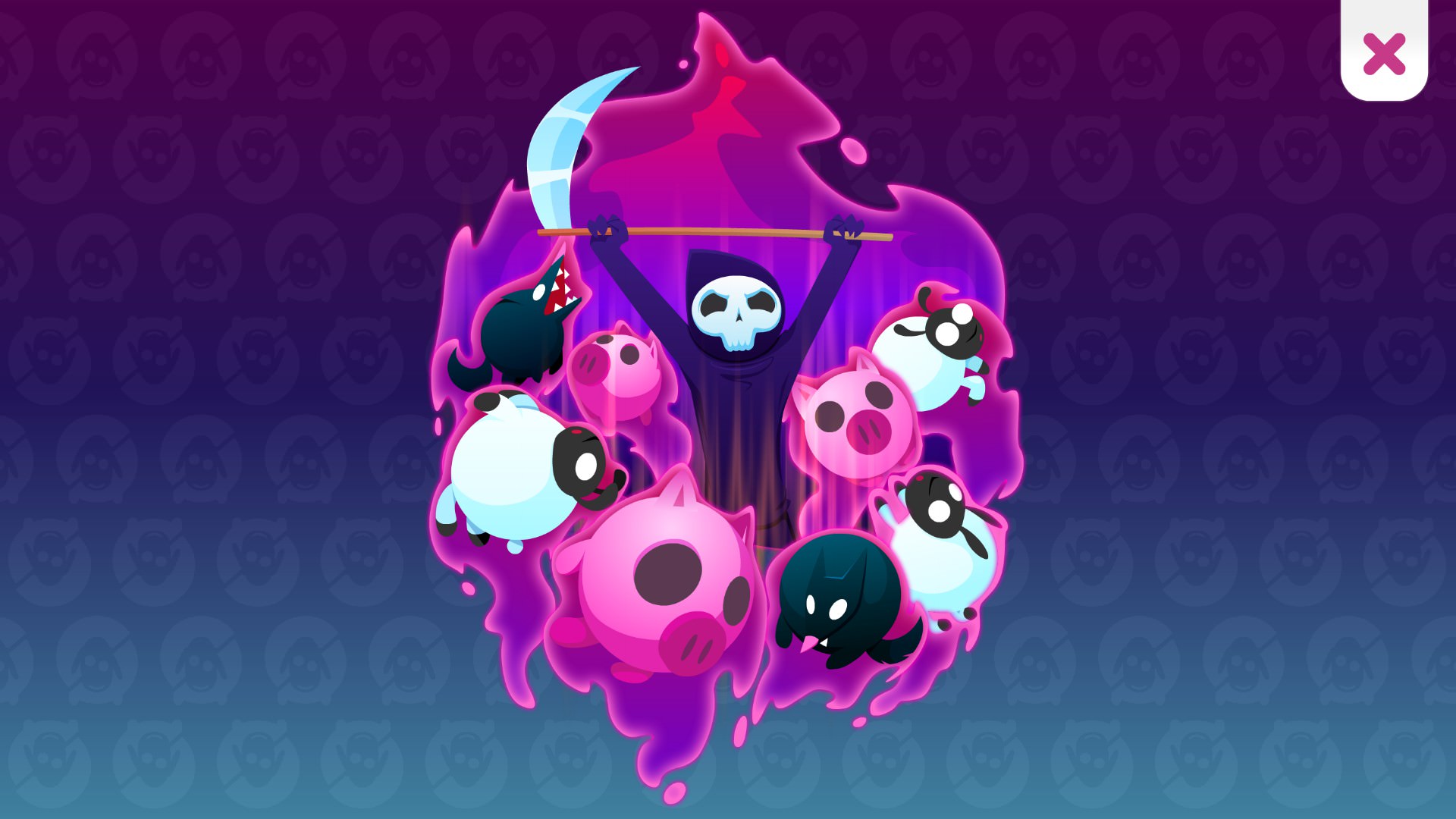 Then I’ve been playing a buttload of the Indie Game Maker Contest 2017 jam entries. Played over 20 of them now. A lot to be desired with it being RPG Maker games but I’ve enjoyed a higher percentage than I expected. People are pretty darn creative. Rumor has it there may even be a game by some dude named schlitty in there somewhere.

Beat Mega Man Powered Up on PSP. Was surprised at how good this game is. Its got weird cutesy graphics but is an actual legit challenging Mega Man. Beat the “old style” blindfolded as I just replayed the NES Mega Man’s recently. PLUS, while being the original layout, the controls were still new, specifically no insta-fall and such. Made it a breeze. I also beat “new style” on normal difficulty. Was pretty neat, they added two more robot masters to make it 8 like the rest of the series. And shuffled their weaknesses and made the levels longer/different-ish. Platforming was all easy but there was plenty of tough bosses. There was also a challenge mode that was insanely high level challenges. I did like 12 of 100 and called it a day. I’m a fairly decent Mega Man fan and can count this among the many solid titles. I really enjoyed it a lot. And yes, I’m bringing PSP screenshots to the party. 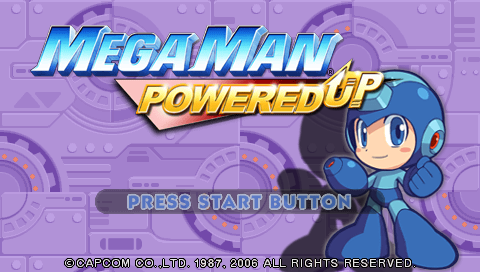 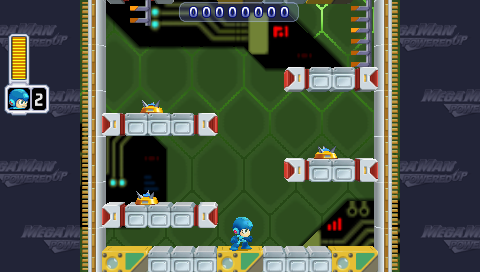 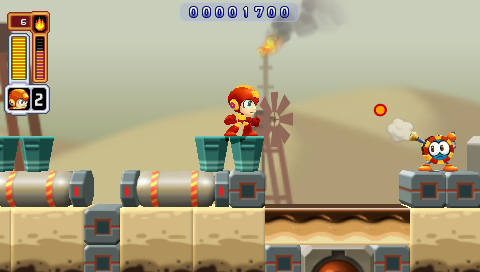 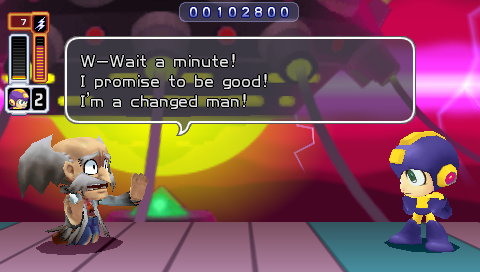 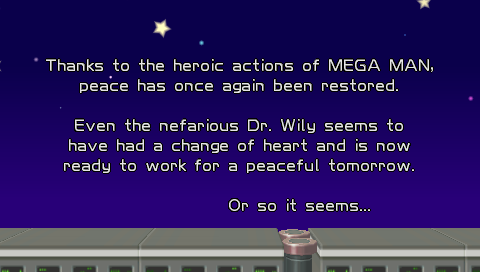 katsuo I don’t have psp :confused_face:

katsuo I don’t have psp :confused_face:

zmajuga I downloaded that at first when I wanted to play Valkyria Chronicles 2 and 3. But then I decided I wanted to play games while pooping :pile_of_poo: so I bought an actual PSP. First handheld I’ve owned since GameBoy Color and only 10yrs late but I like it!

Finished the ultra short Back to Bed. It never really presented much of a challenge but it looked neat. The building blocks for a really challenging puzzle game are all there but the level designs were all way too straight forward. I got a “speed run” achievement without even trying for or knowing about it. Also beat the secondary nightmare mode which was the same 30 levels over again but with extra keys to collect. Two of those actually made me think for a second. Everything took under two hours. Too easy, too short, looks neat, and a little fun. 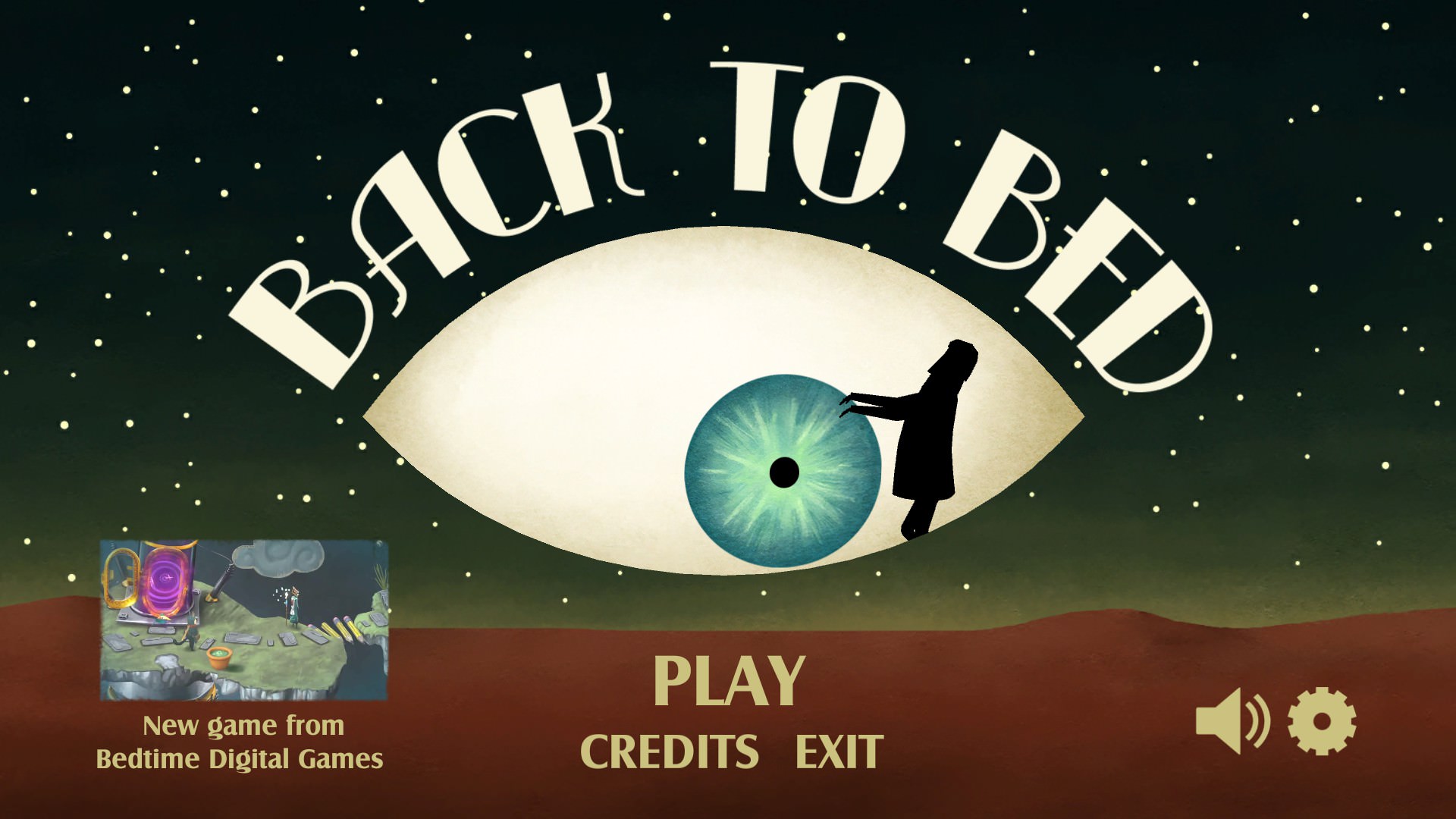 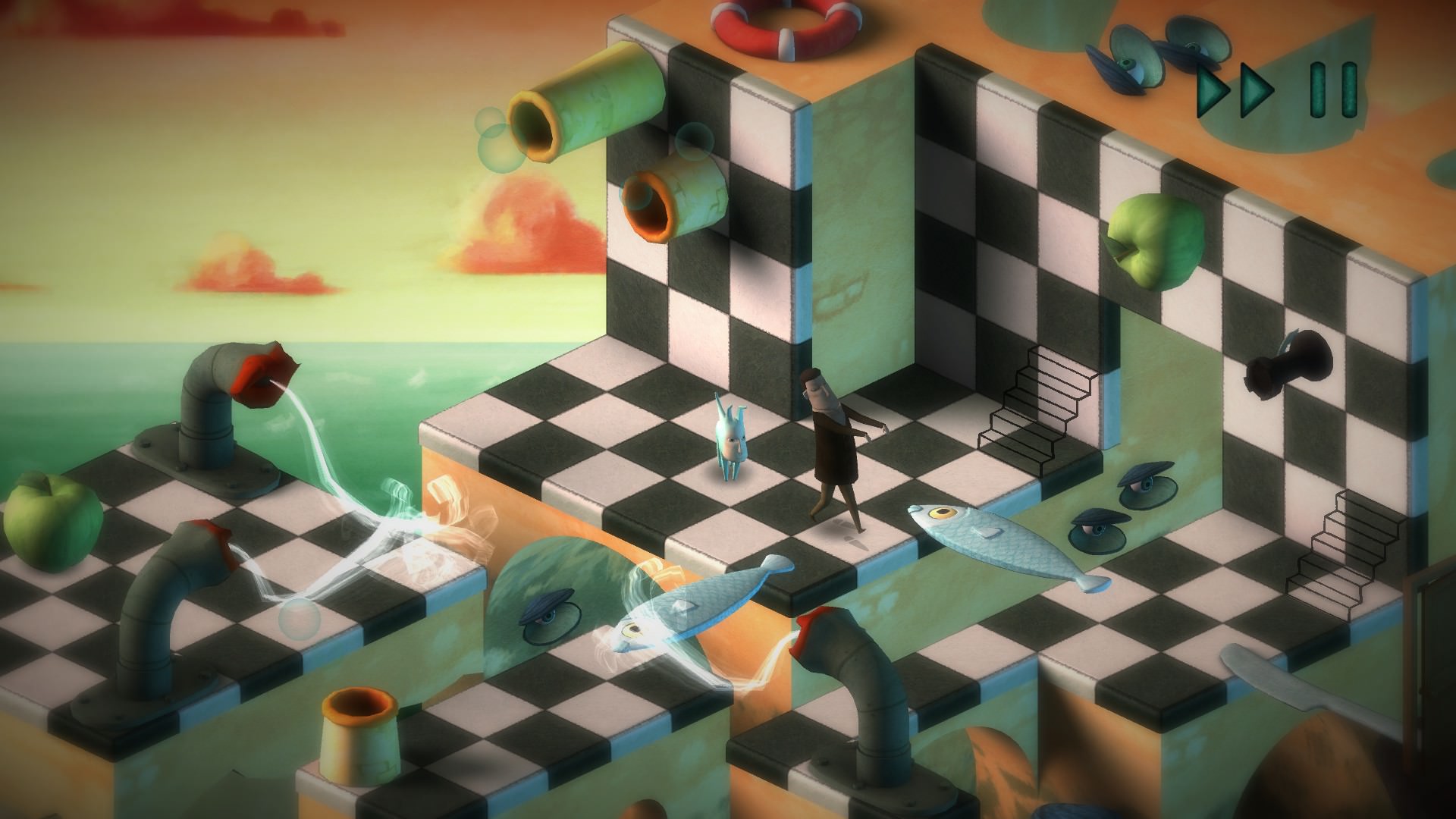 Back to the handy little PSP fella;

Beat the career mode of Colin McRae: DiRT 2 for the PSP. Really really stripped down portable port. Turned assists to pro mode (AKA; off) and dominated the atrocious AI in every race. Of the 40 races only 3 of the last 4 were really a challenge because it was the fastest cars on the tightest and bumpiest tracks. But yeah, the AI just takes plain bad racing lines. And there’s a least one turn every track they slowwwwww down way too much for. But it was still mostly fun to drive. Wheel spin and drifting were possible. Some of the taller trucks had some noticeable weight transfer. But you could brake/accelerate/control any car on two wheels or in the air… Which is you know, impossible and stuff. Not many tracks either. Needed more point to point tracks badly. “Meh” all around. 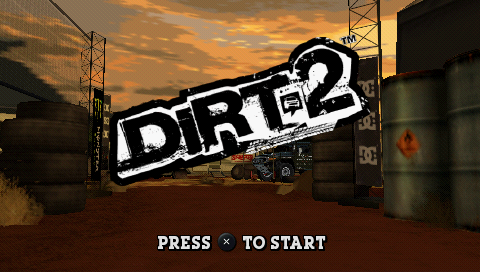 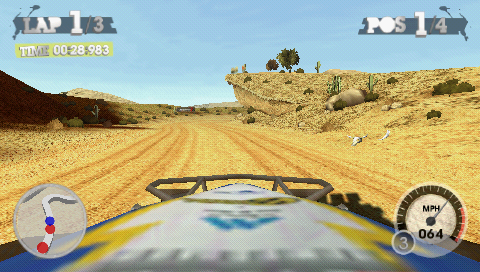 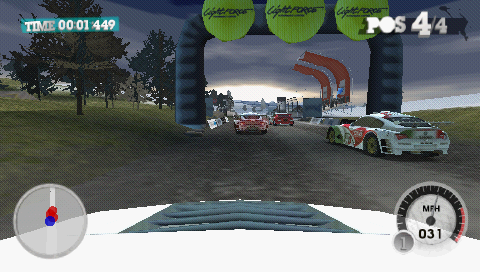 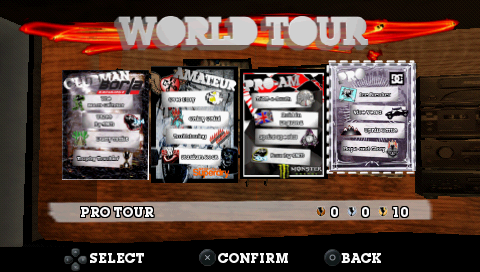 I like that you’re playing a racing game in first person on a psp. Ultra pro

I finished reading a book with a eReader app on my PSP. Does that count??

Played a few more of the Indie Game Maker Contest Jam Thingamajig 2017 entries today. Voting ends today and if I had to pick a favorite of the handful I sampled over the month it’d be Final Winter. Pretty neat to turn RPG Maker into a rogue-like game. And controls felt good. Got a little tedious towards the end but whateves. Was fun playing around with the RPG Maker software then sampling some of the in-depth stuff people managed.

Snuck one more in. HOOK.

Clever, straightforward puzzler. It got good towards the end but ended up a bit too short for my liking. Was 50 levels with the last 15ish being the real head scratchers. If it had about 25 or more levels at that difficulty it would’ve been a personal fav. But it was like 80cents USD and I enjoyed what it had to offer for the short while it did. 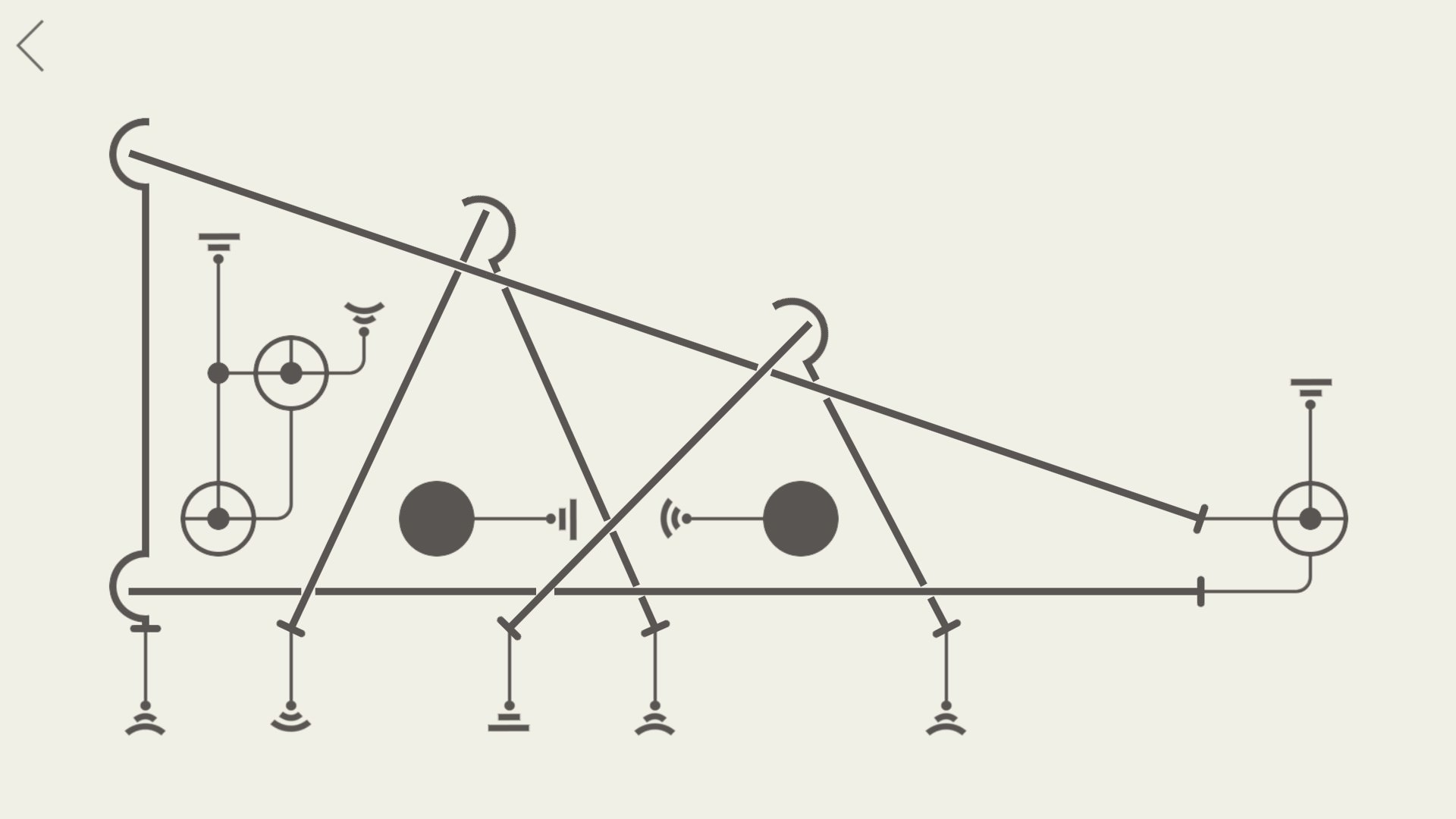 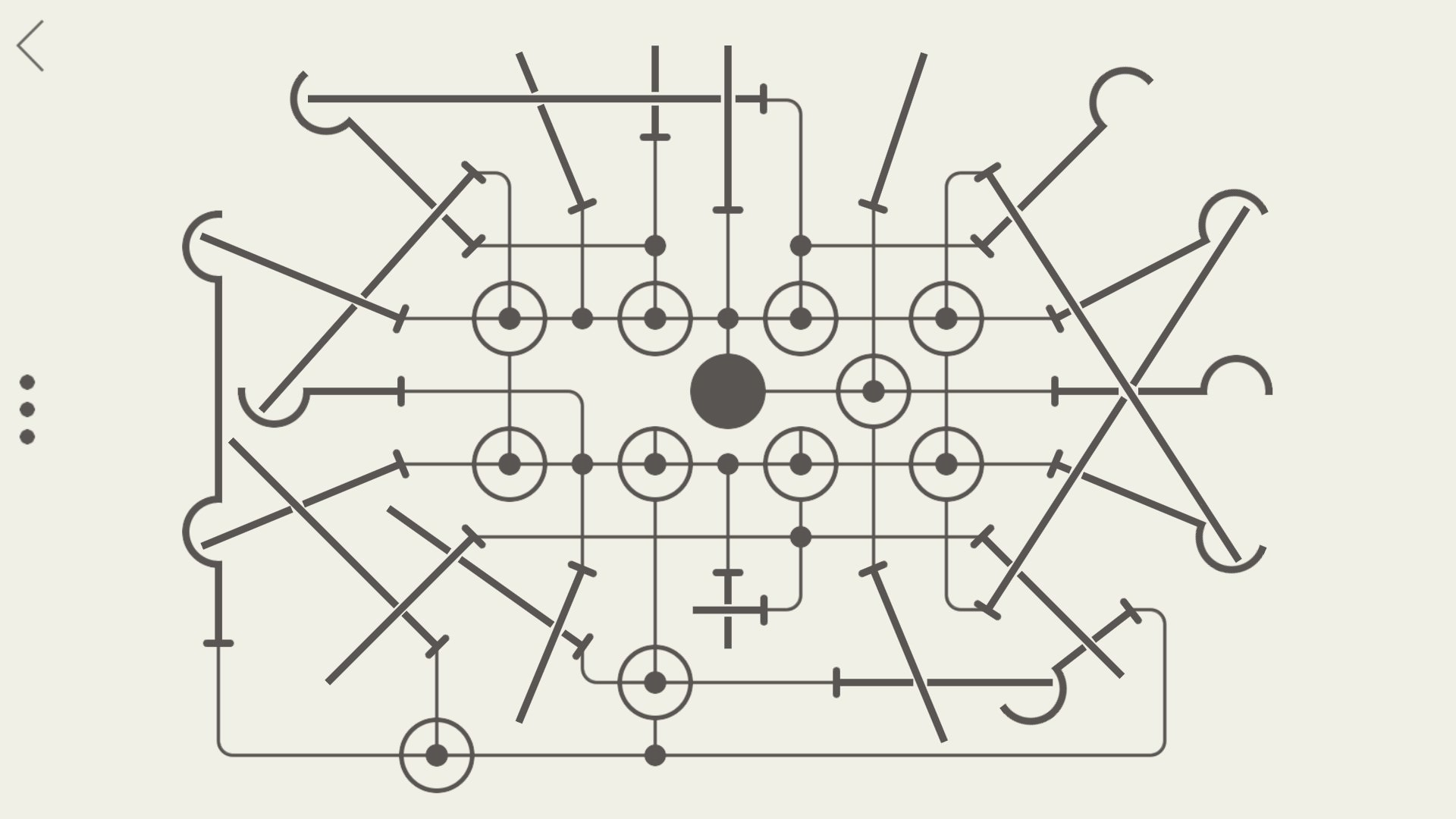 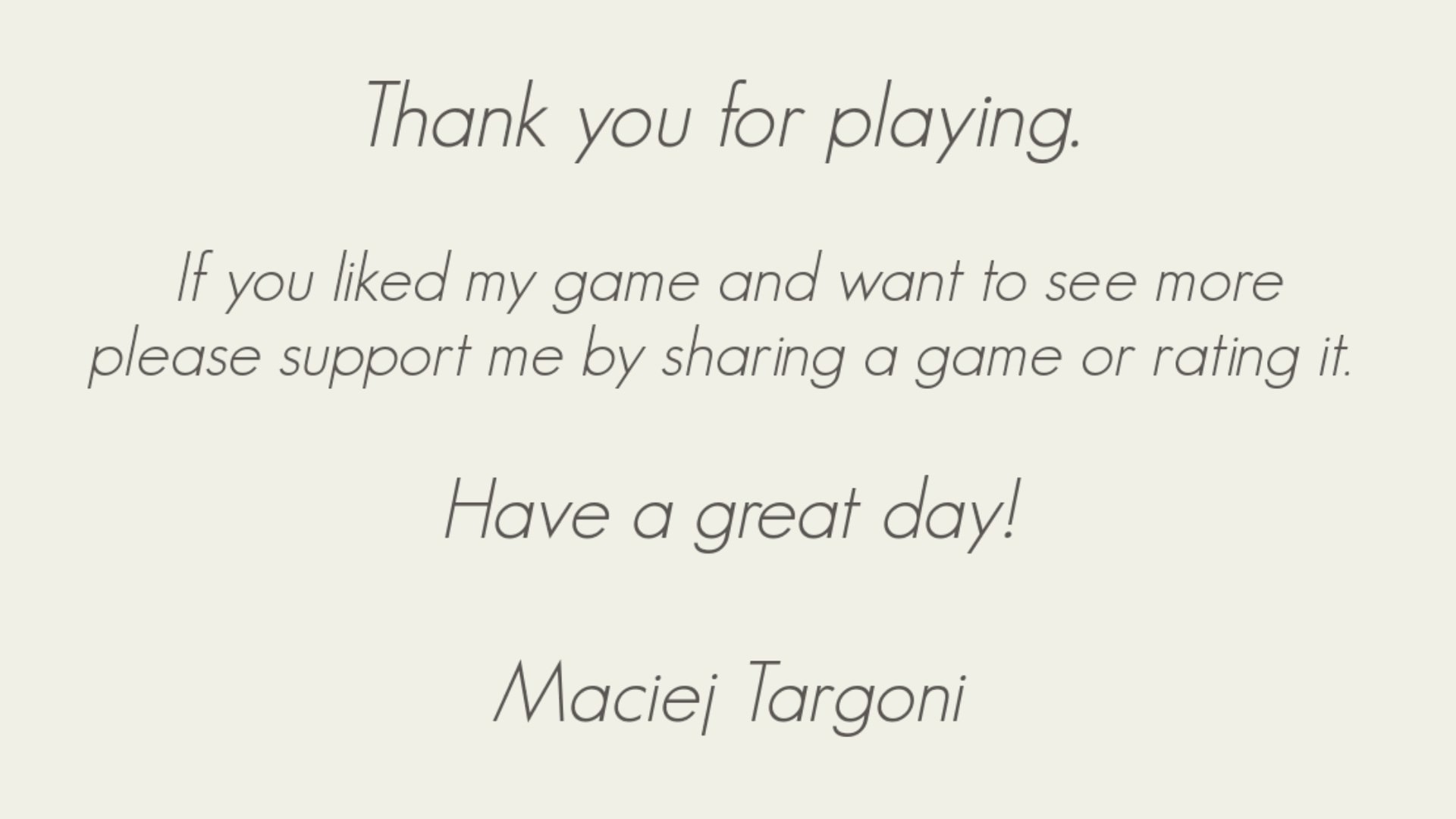