ShiftySatchmo is just too nice of a person to be real

Thanks Andrew aka ShiftySatchmo i think now even or what now… because first Humble Bundle did not even show me what have generously been gifted by you, but hey you also made me wait for an email for 2 minutes … and please i beg you, stop reading my wishlist … now i probably have to play with Samy and Katsuo and will look like a noob … 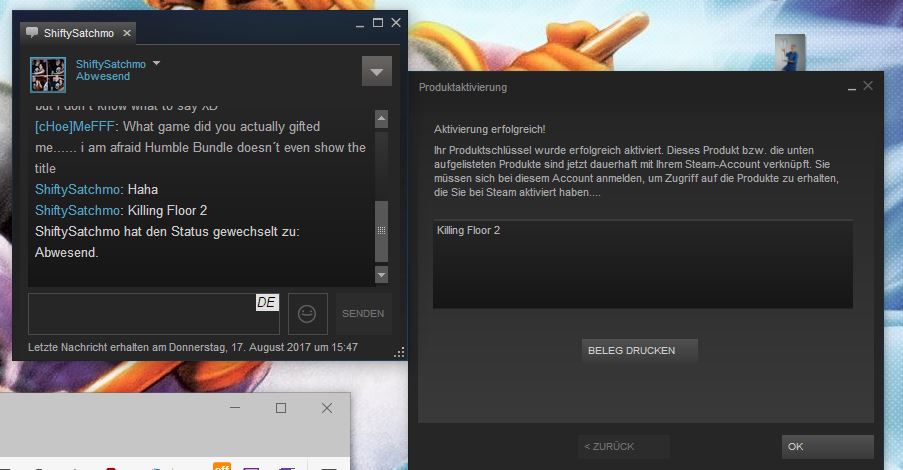 Walruswitalys will show you the ways. Katsuo hates the game hahaha. He has some problem though where he needs achievements.

now too busy with Warhammer