ButtStallion did some kind of drive-by gifting directed at me! Knocked this sweet looking game off of my wishlist. Apparently he didn’t get the memo that I will forever be buried in games XD LUCKILY, I hear it is pretty short, which is why I wanted it haha.

Thanks again, bud. Much love and appreciation! Once I’m settled in at my new house (and less moving-poor) I will attempt to spread the <3 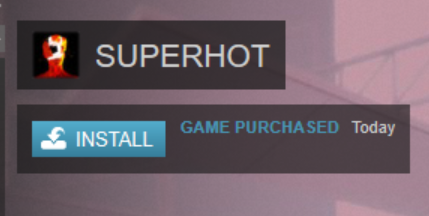 and you say no to me shame on you papito

There are more nice guys here! gord0 for example, is one of them nice guys! 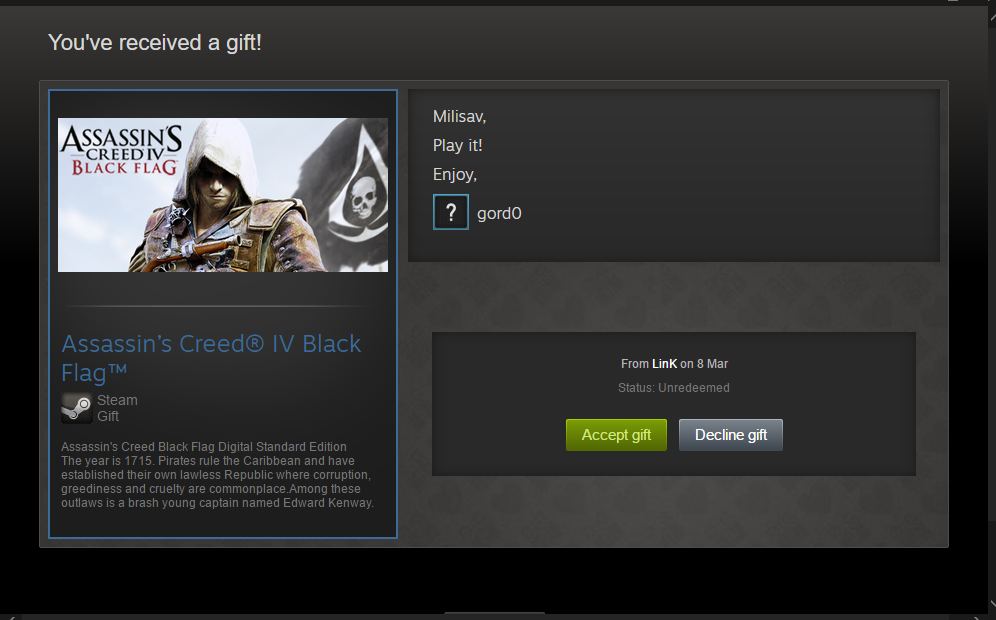 Arsononion haha only because you say no to my gifts

ShiftySatchmo Now you reminded me. I should stop posting, damn it >.<

He did the same thing for me!

ButtStallion hmm I got also a key for a mysterious gift. I think I might now know which game it will be

I’m glad I already own it then! XD

ButtStallion I have a superhot Nier Automata on my wishlist. Feel free to buy it for me! <3

Katsuo I have Nier on my list as well… Though I already have too many games to play, so definitely don’t buy it for me.

teh_g I have time on my wishlist. Give me time.