So this is my next game! Running at max settings 1440p166. A potato could run this, but it does look pretty! That said, it doesn’t recognize dsr which is why I’m rendering at native. Though I did see a workaround on the steam forum that I’m going to try tonight.

Mmmmm I actually never got to these games when they first came out, so glad they followed in the steps of the Crash trilogy.

Even if it is, it’s the same formula and that’s why it’s fun. At least the first game, I haven’t played the others yet.

I liked Year of the Dragon the most. Ripto’s Rage second and third Spyro the Dragon.

Just beat the first game…didn’t know I was fighting a “boss”. Didn’t know it was the last one. It wasn’t a boss… ok? That said, I’m not finding like 4 crystals I missed to open the last door. Maybe if I was 6 years old and had no income to buy another game.

That said, I’m treating this as three games. I’m going to play a completely different game before I play the second spyro…and the same before the 3rd.

Pretty sure you’re in your early 40s.

Not even in my 30s thank you very much.

Not even in my 30s thank you very much.

Huh, you are right.

Alright you caught me. In 1997 I was the 7 year old with only a handful of games spending his time collecting all the gems in Spyro.

Hey @Katsuo can you give me a guide for the second game? The first game is organized. The second is a clusterfuck. I can’t be assed to google how to navigate the piece of shit. Dunno where I’m supposed to go ( to the point of not playing anymore). It’s not a well designed game.

I don’t want a full guide, just one that says where the fuck to go and when.

Ummm I thought the second game was hella linear. You even have a map in the remastered version. Where are you exactly? 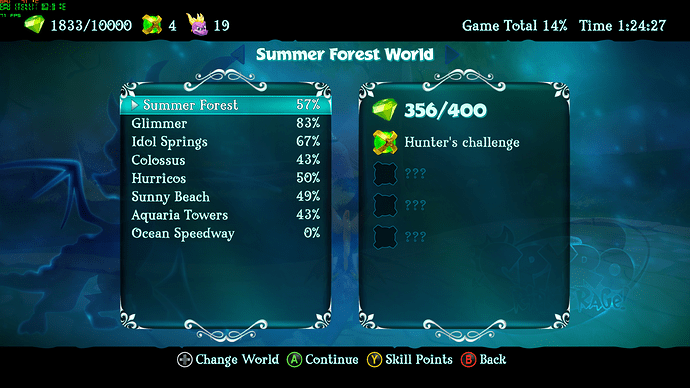 That’s not saying much haha. In that area you can go underwater to reach further levels. Did you do that?