Anyone want this (it’s also currently 10% off on steam)? 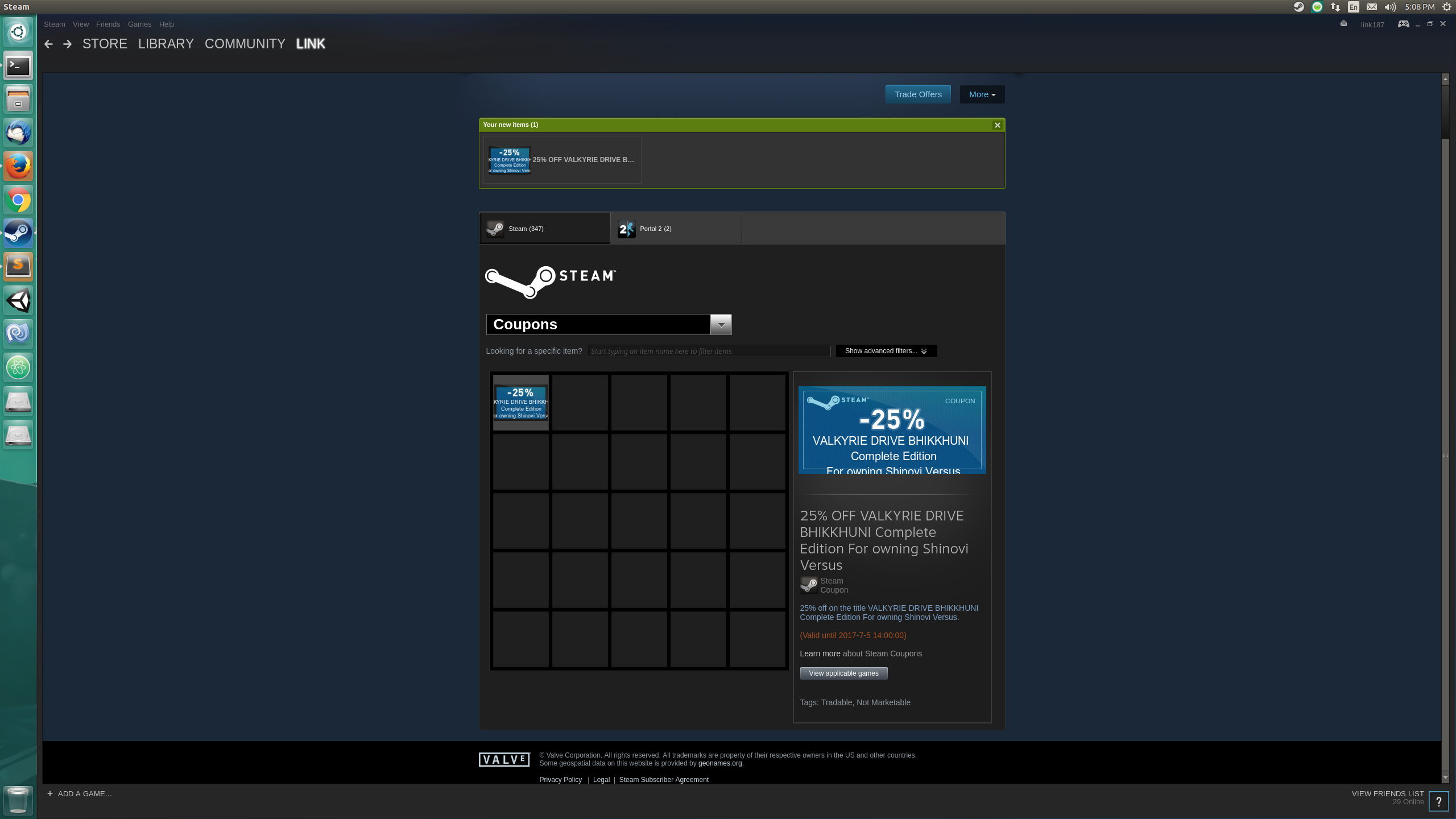 Probably won’t get to it before the coupon expires… 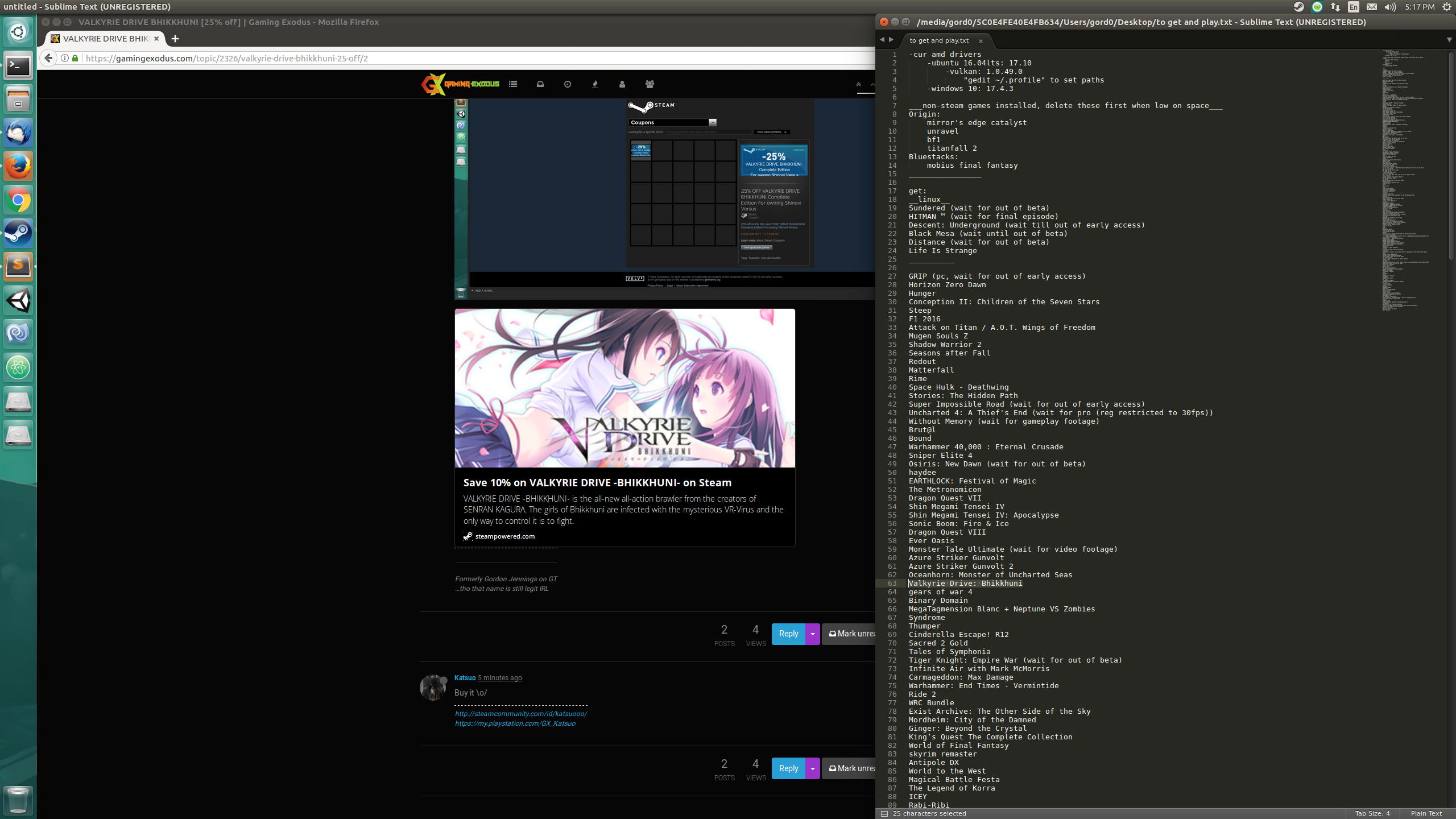 I love the text document

Sooner than you think. It’s my current game now!

Out of the box runs at a solid 1440p60 in crossfire at max settings. Xbone controller actually works.

Pretty fun so far, though so far there’s one of the fighters I can’t stand playing as and the story mode doesn’t let you pick which character you are for each missions (so far).

Oh also, Katsuo compatible: the only audio is Japanese. Also if you want you can change the text (including ui) to Japanese (I didn’t so I know what the fuck I’m doing).

So basically, each girl can either fight or turn into a weapon. The weapons have “drives” you can set off if you build up a meter in combat. Each time you set off another drive the weapon girl loses more clothes and you get more powerful. Also lose clothes from getting hit a lot. So basically a better version of that other rippy-clothes game.

gord0 your wish is my command

Yo gord0 , please wish some games for me so Andy can buy me some muehueuhe

Yo gord0 , please wish some games for me so Andy can buy me some muehueuhe

You’ll probably want to wish for a 360 or XBone controller too. Not sure if dual shock 4 works.

gord0 Already have them. So that’s not a problem. The problem is how to get the game for $5 XD

Just beat it! Pretty damn good for a game about an island full of girls with clothes that always rip and they can turn into weapons and combine with another girl to do battle!

Who am I kidding? only Katsuo gives a shit! XD