Havit, which Enos_Tech_Reviews reviewed, can be had for $13 not including shipping or taxes. If the code doesn’t work wait until after midnight and try again! 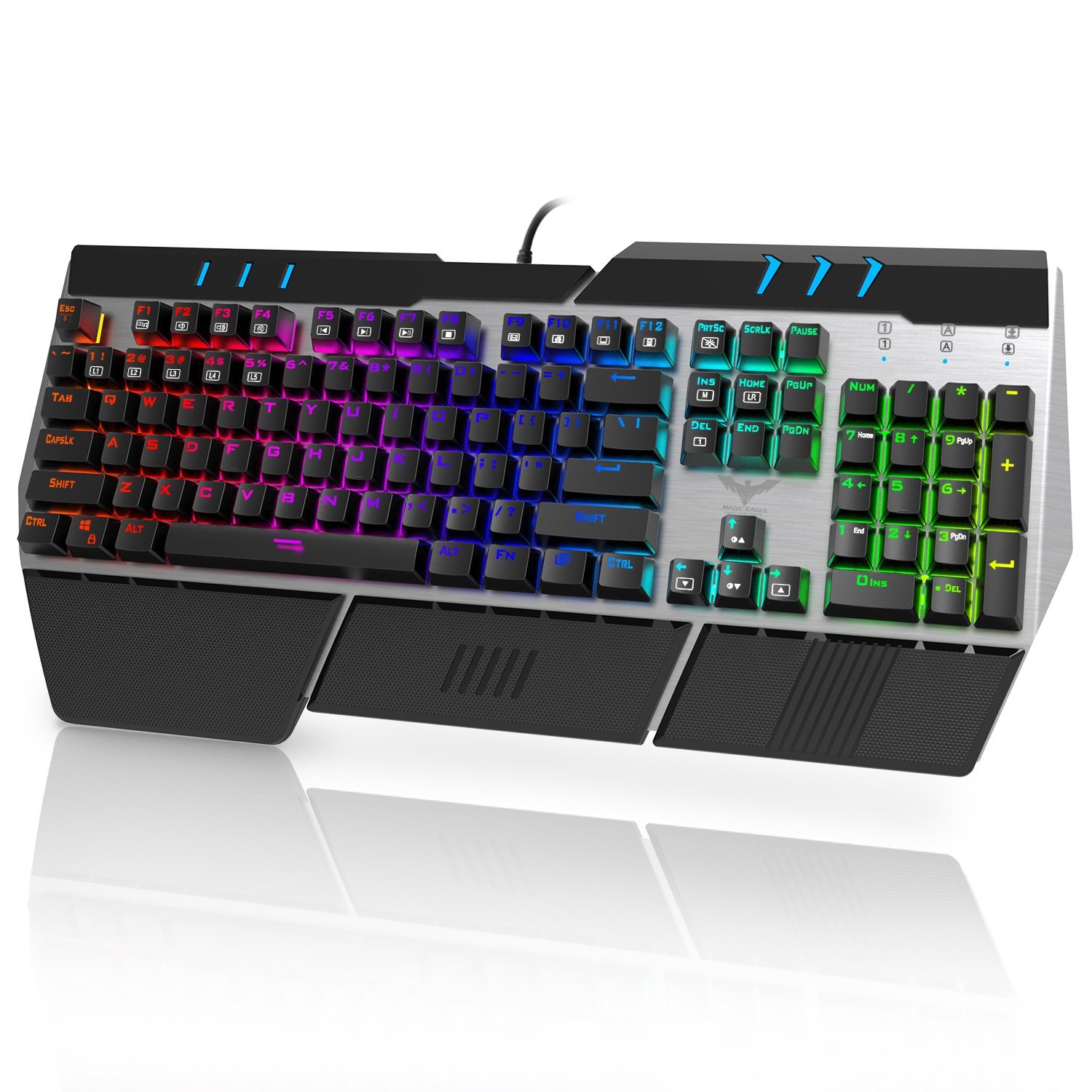 Everyday til July 10 there will be 1-5 lucky people who get chances to purchase our Mechanical Keyboard at 80% discount (Original $64.99, Discount Price $13) All you have to do is to subscribe to our newsletters, where we will send out news and deals...

"This Reward has ended "

Sir_diealot there are only limited amounts of daily codes allegedly. I’m pretty sure it’s still going for a few more days but forget the exact cutoff. It’s supposed to be a pre prime day sale.

Sir_diealot I just tried it again on my non prime account and as of 4:26 am cst it works! I have a screen shot but apparently mobile doesn’t allow direct uploading.

Edit here it is.

The switches in these boards are crazy loud, but for that price you can’t go wrong!

LetsGetIt1220 I just opened it and played with it for a minute but yeah, blue switches with essentially an open top. Other than a bit loud it looks to be a solid keyboard. Hell it even includes a key cap puller which my Logitech, neither of them, included. I also like that you can toggle the lighting without software. For $13 this is the best keyboard ever! Haha

That deal was US only?

Arsononion for that money you can get one here

I was able to land a code earlier in the week and it arrived this morning. Very loud but not too shabby! No offensive to the RGB crowd but I loathe LEDs/RGBs/Lights. Thankfully you can turn everything off including the pointless lights on top. And it has a white color I’ll use at night on the lowest brightness. Also, no offense to anybody’s tastes but I thought this was the ugliest keyboard I had ever seen in my life when I went to the Amazon page. I’m very much a simple lines and shapes person. But in person it isn’t bad at all and the construction is impressively solid. I’m glad the price/bargain beat out my opinions. I’ll hopefully be used to the high pitched blue switches’ clicks soon enough and yeah, I’m happy. They’re supposedly Gateron for those curious.

Sir_diealot I just tried it again on my non prime account and as of 4:26 am cst it works! I have a screen shot but apparently mobile doesn’t allow direct uploading.

Edit here it is.

Cool deal. I don’t have the money for anything, could not even get the humble monthly bundle and I really wanted to try the Dark Souls series. My GF was supposed to pony up 300 and made a mistake on her bills which in turn rolled down on me and now I have to see if I can borrow money so I can eat the rest of the month. I am not a happy camper because I thought I would be able to get my GPU next month and now I will have to put it off for at least another month because I will have to pay back whatever I borrow this month next month.

Very nice! I managed to pick one up just now! Should be here on Monday!

I think if you buy some o-rings it will help a bit with the noise by preventing bottoming but yeah it’s definitely loud! I have a surefire solution tough. Headset. Haha and it is a lot nicer looking than the pictures. The silver looking part is actually aluminum and provides a nice contrast to the black.

teh_g I break rule #1 all day every day

spinalfailed Yeah, I actually ordered some o-rings from China off eBay the day it arrived. 80cents, figured why not. Probably forget about them and be used to the noise within the month they take to show up.

Well worth the 13 bucks!

For those that wanted to buy it but the code didn’t work it’s at $19.50 now not sure if the same link works so here’s the new one. https://gleam.io/QHkFG/hvkb378l-mechanical-keyboard-70-off

spinalfailed Always such good deals when im broke why cant they do this when I have money! lol

My eBay rubber o-rings from China arrived today. Took at least 30mins to pop each key off and slide em on. It brings down that loud bottoming out. Especially when really going to town typing hard and fast. Still a loud keyboard though. And they obviously ever so slightly dull the ‘feel’ since its a cushioned bottoming out. So overall kind of a wash I guess. But for 80cents it was worth trying out. And I’ll keep them on.