Last year I managed to win one of LetsGetIt1220 's review samples he put up for a giveaway. Well, since I won that larger Cryorig H5 its use was kind of up in the air… I could’ve used it for the sake of using it, but I’d rather that it be properly exercised. So I managed to find a worthy recipient - but first have a bit of backstory.

Some of you may have twigged that Trainsmash & I are pretty good friends IRL; we met working for the same pharmaceuticals company (about 10yrs ago?) where I was his supervisor & then the company was sold off & we were made redundant. We each bounced around work & study before eventually ending up with our roles reversed in another chemical company about 6yrs ago. Currently we work in different roles from where we started but remain friends due to the amount of shit we mutually had to shovel, as well as a connection through tech & gaming. We’re also fathers with kids of the same ages.

So Trainsmash has been on the cusp of upgrading to Z170 to better utilise the speed of his M.2 SSD, but wasn’t fully committed. However he got the urge to help provide a PC for a friend & was short a cooler. He mentioned to me that he was weighing up a few possibilities as replacements for his current Cooler Master Hyper 103. I had no hesitation in offering the Noctua to him instead. Knowing that it would be looked after & installed correctly, this would allow him to build on his Z170 with a fresh new CPU cooler & strip the whole set up out of his existing rig to pass on down the line.

So please find some installation pics of the NH D9L on an Asus Z170-A; he has two fans exhausting at the top of his case, so he’s trying the rotated cooler installation seeing as there’s zero RAM issues. 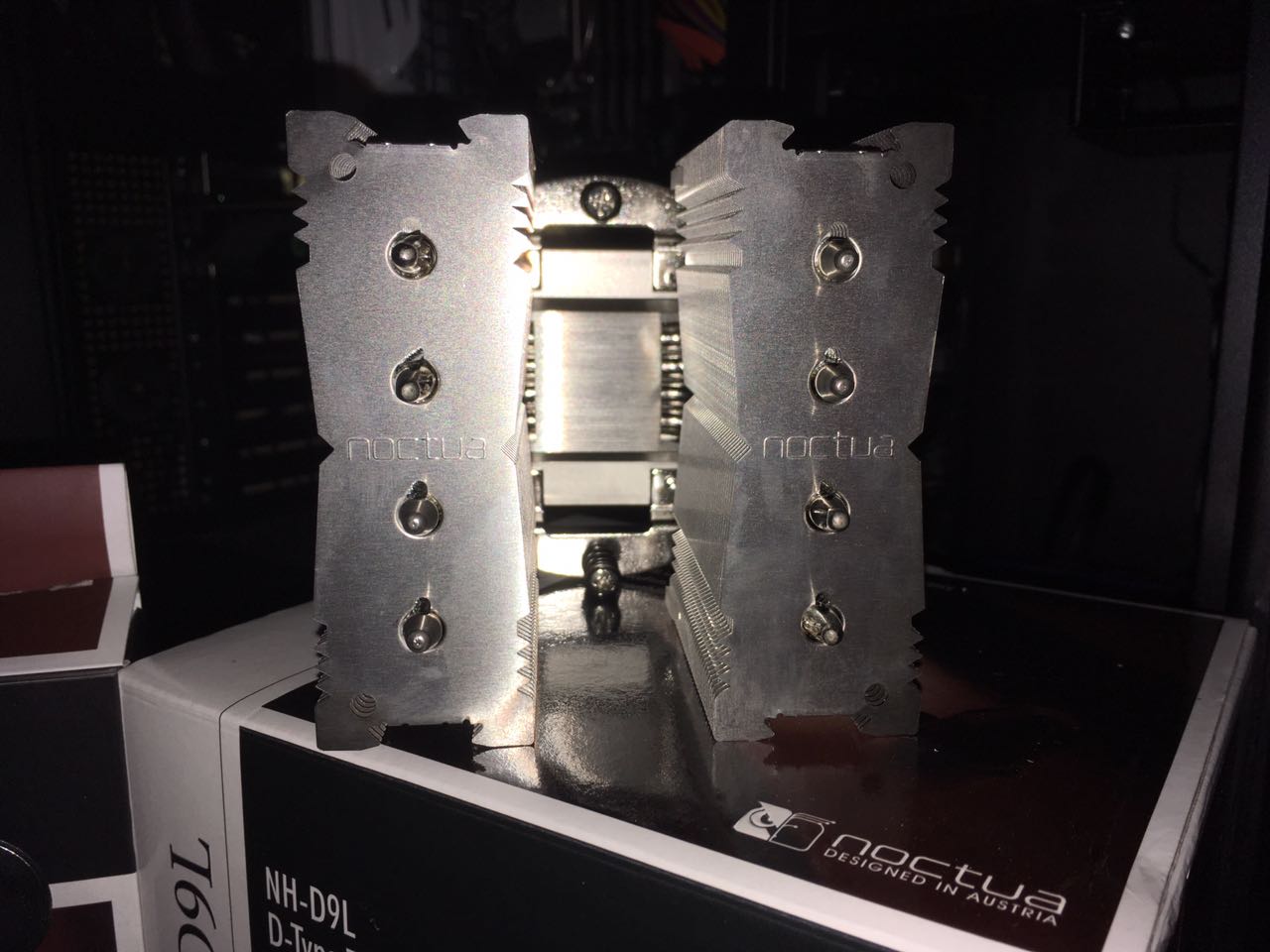 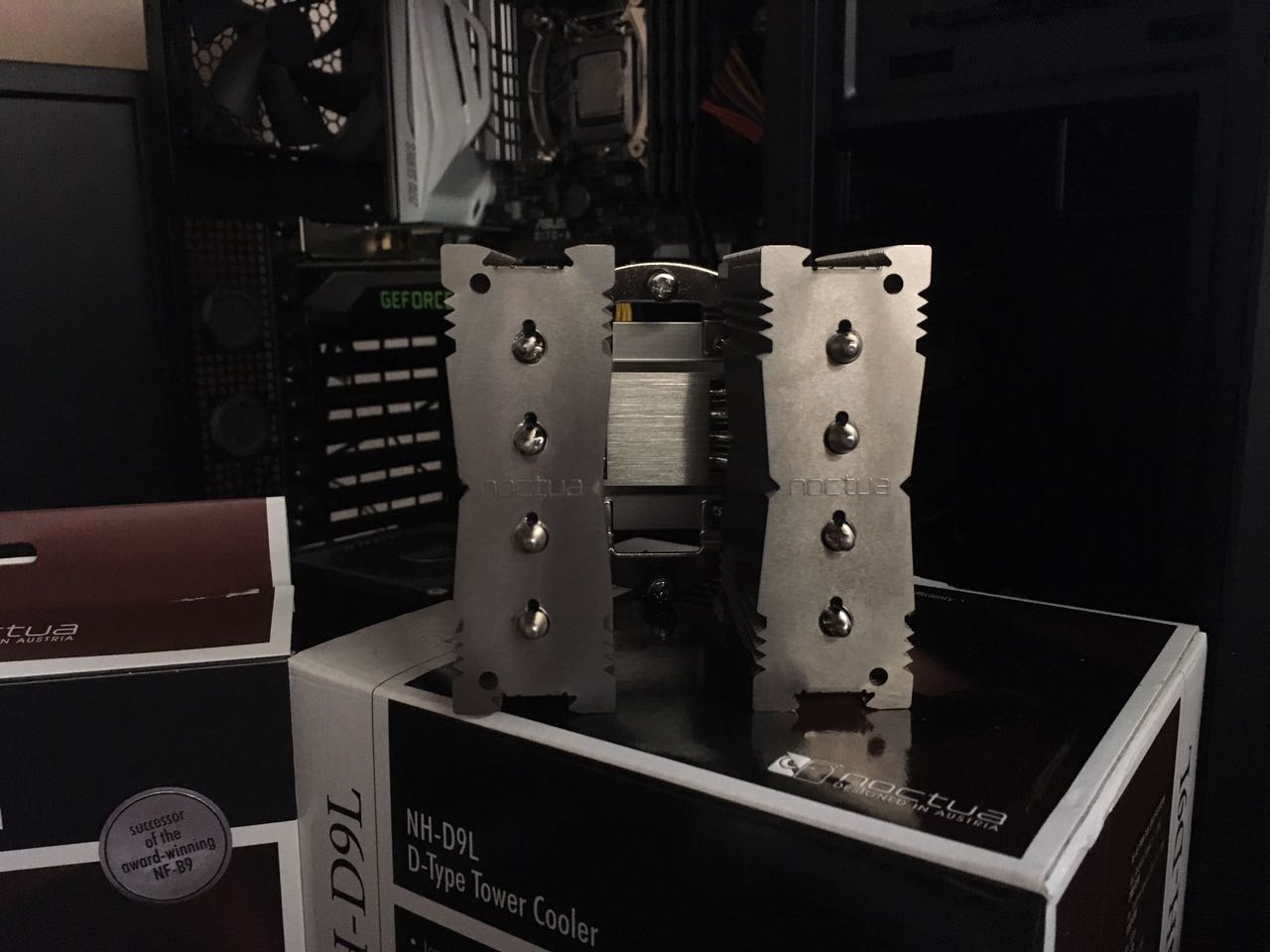 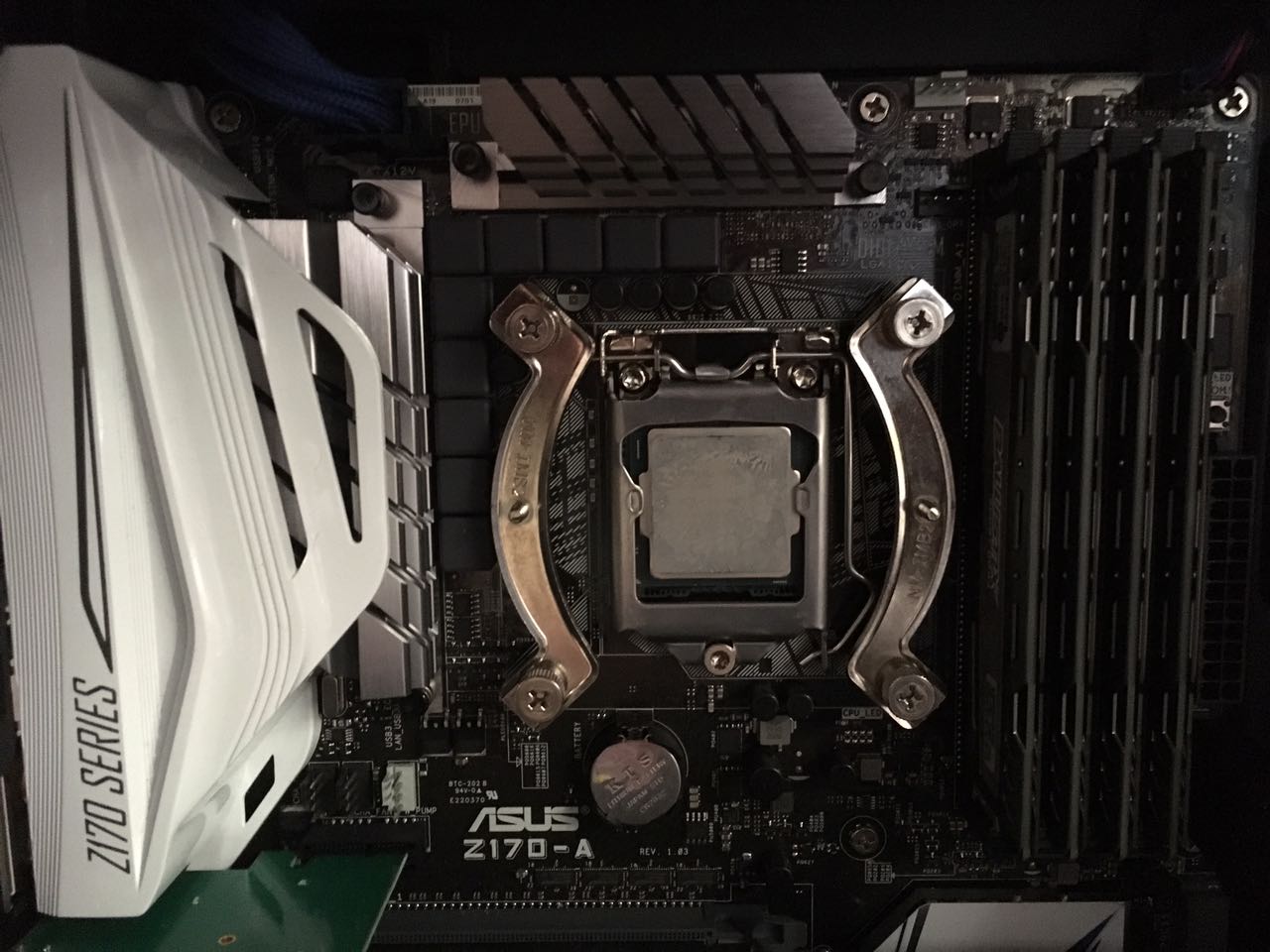 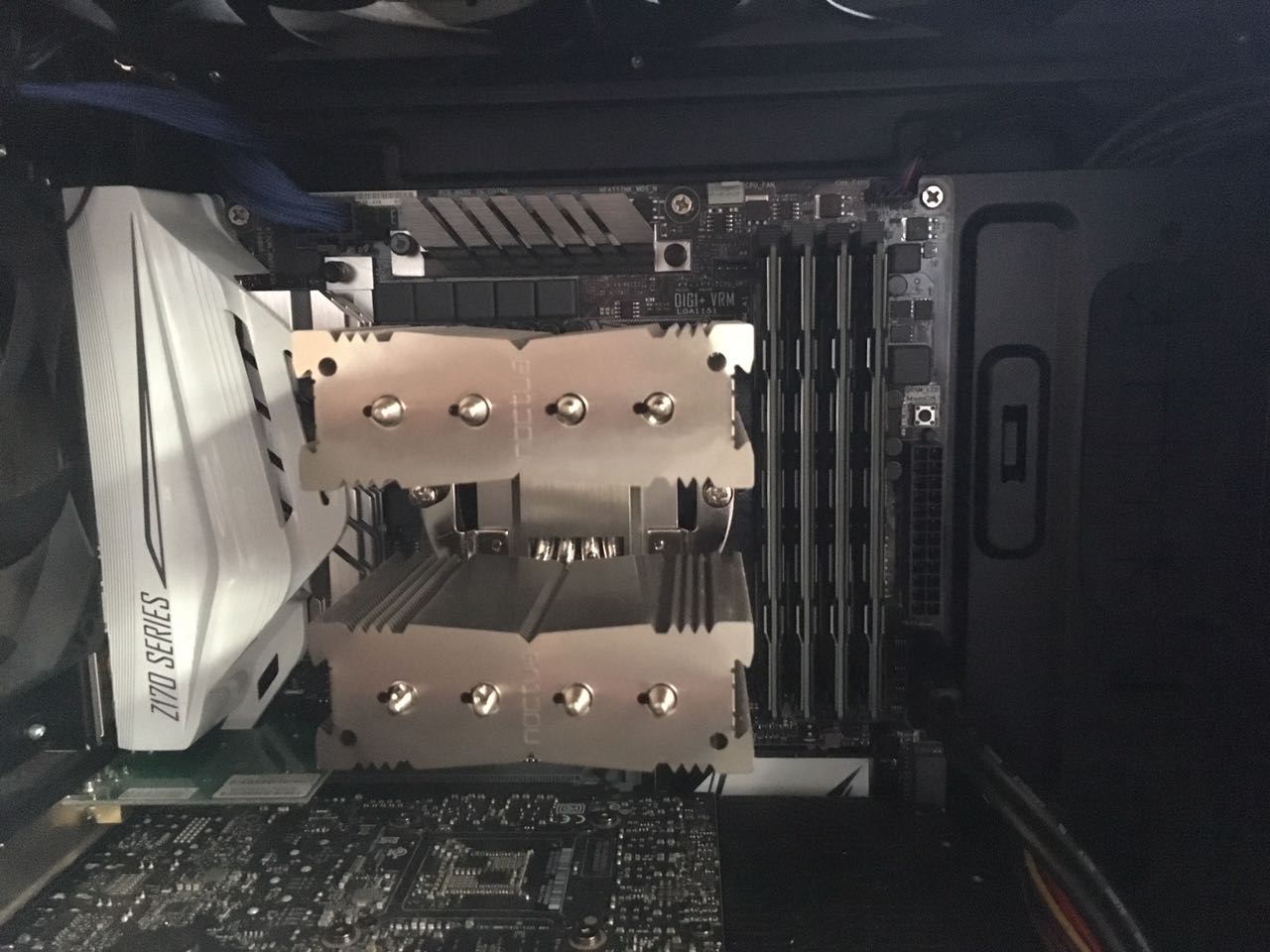 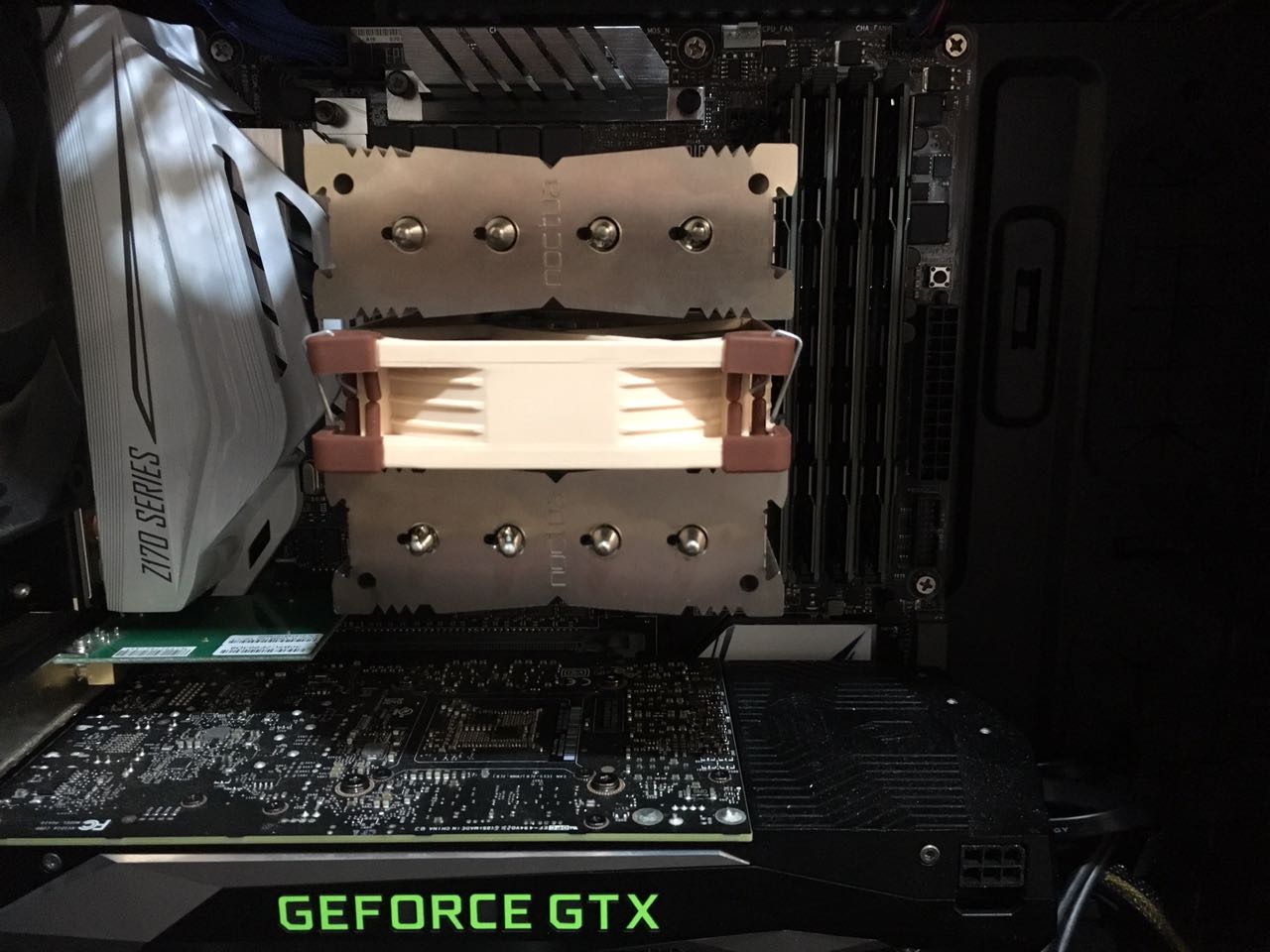 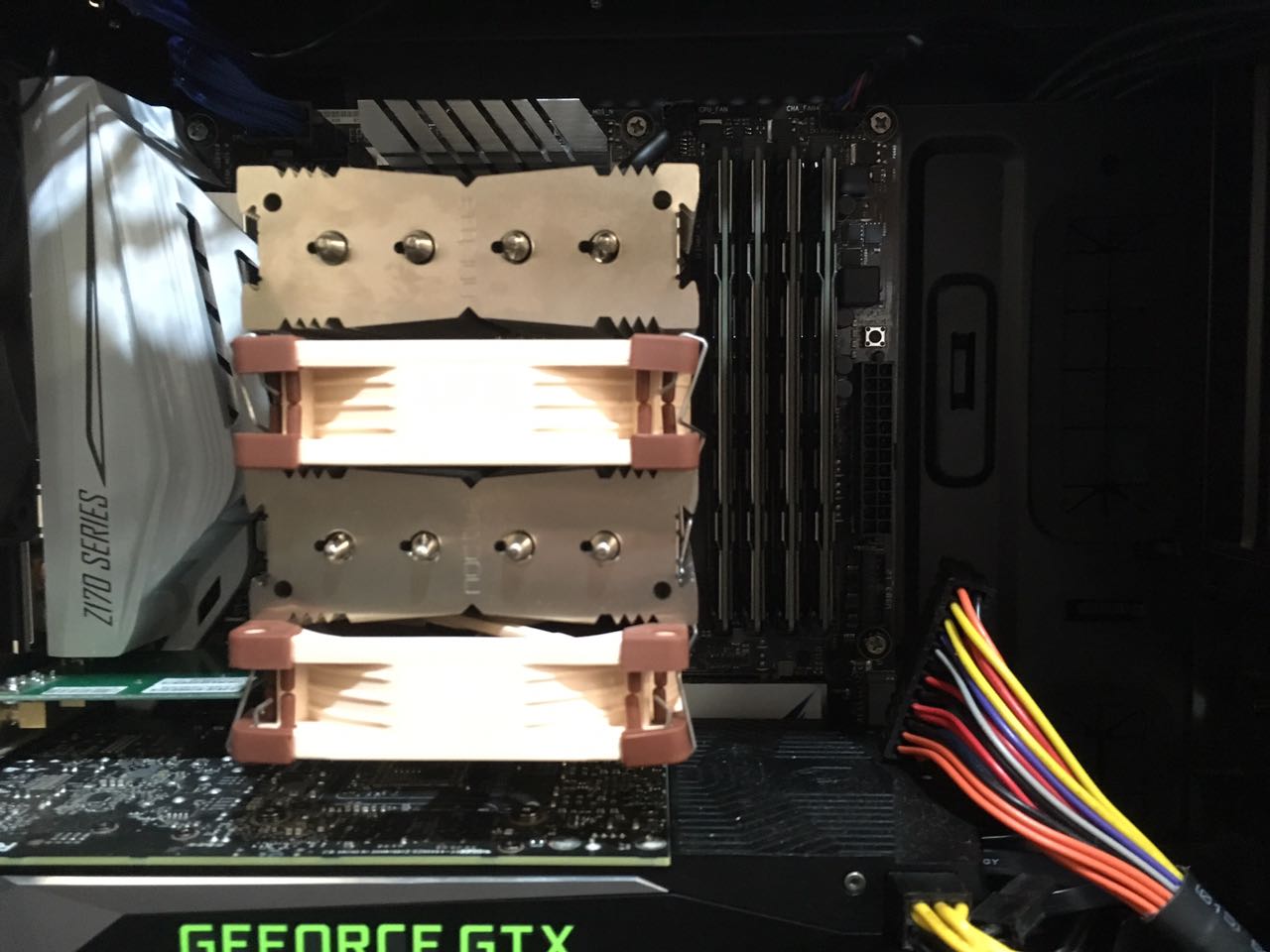 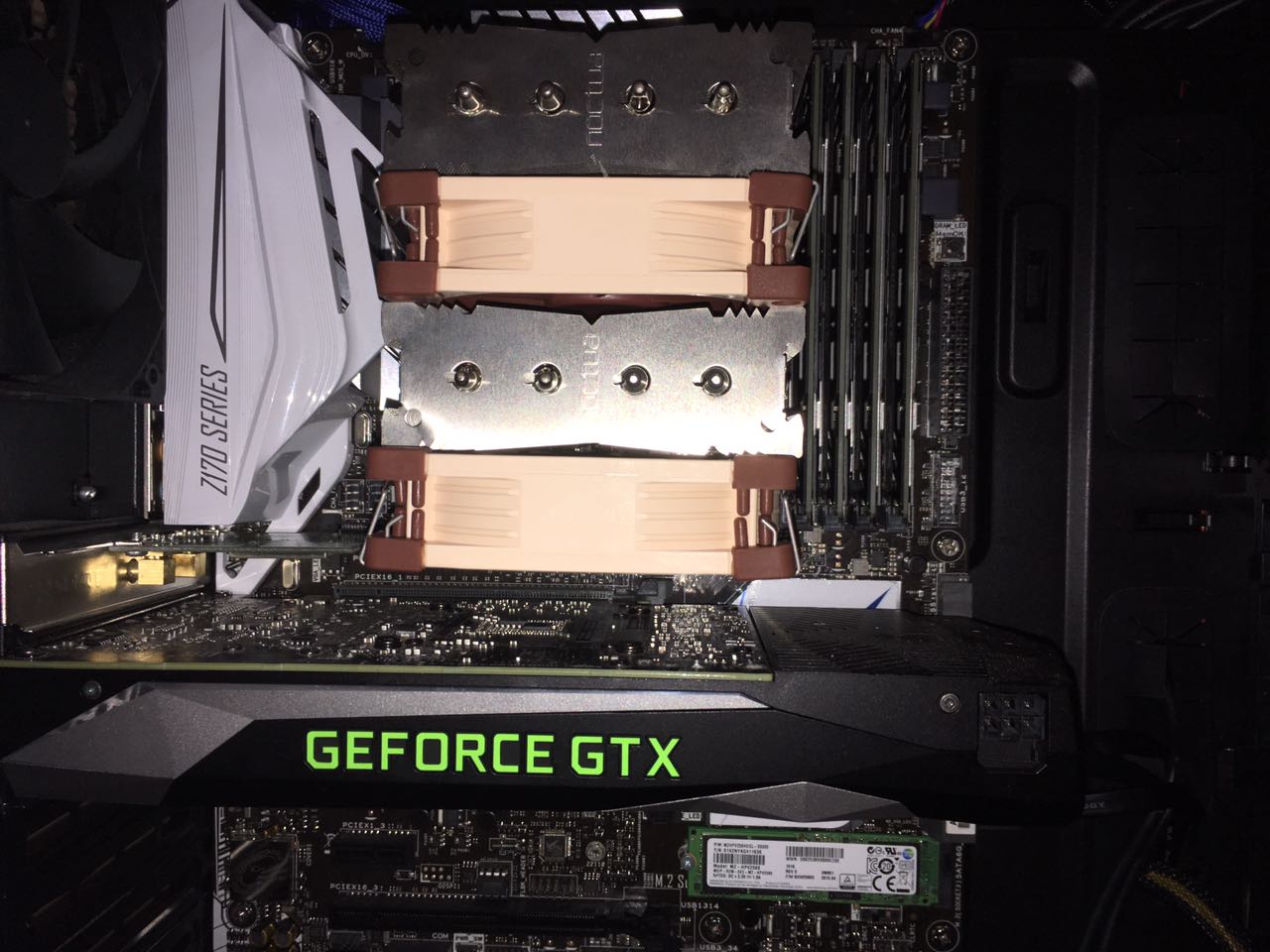 Many thanks to Sgt_T8ie for his generosity and good fortune filtering down. This is one beautiful cooler. Please excuse the cable management, but moving from a ASRock Z97E6 with its blue theme to a white theme doesn’t quite work, hence the shambles and later pulling out the 6 pin and 24 pin cables for the pics.

The issue I had with the Z97 was that m.2 PCIE3x4 slot shared lanes with the GPU and the other m.2 slot ran 3 times slower. Was still mighty, but it was a compromise that bugged me. Left GPU out to visualise the m.2 that shares lanes with GPU. 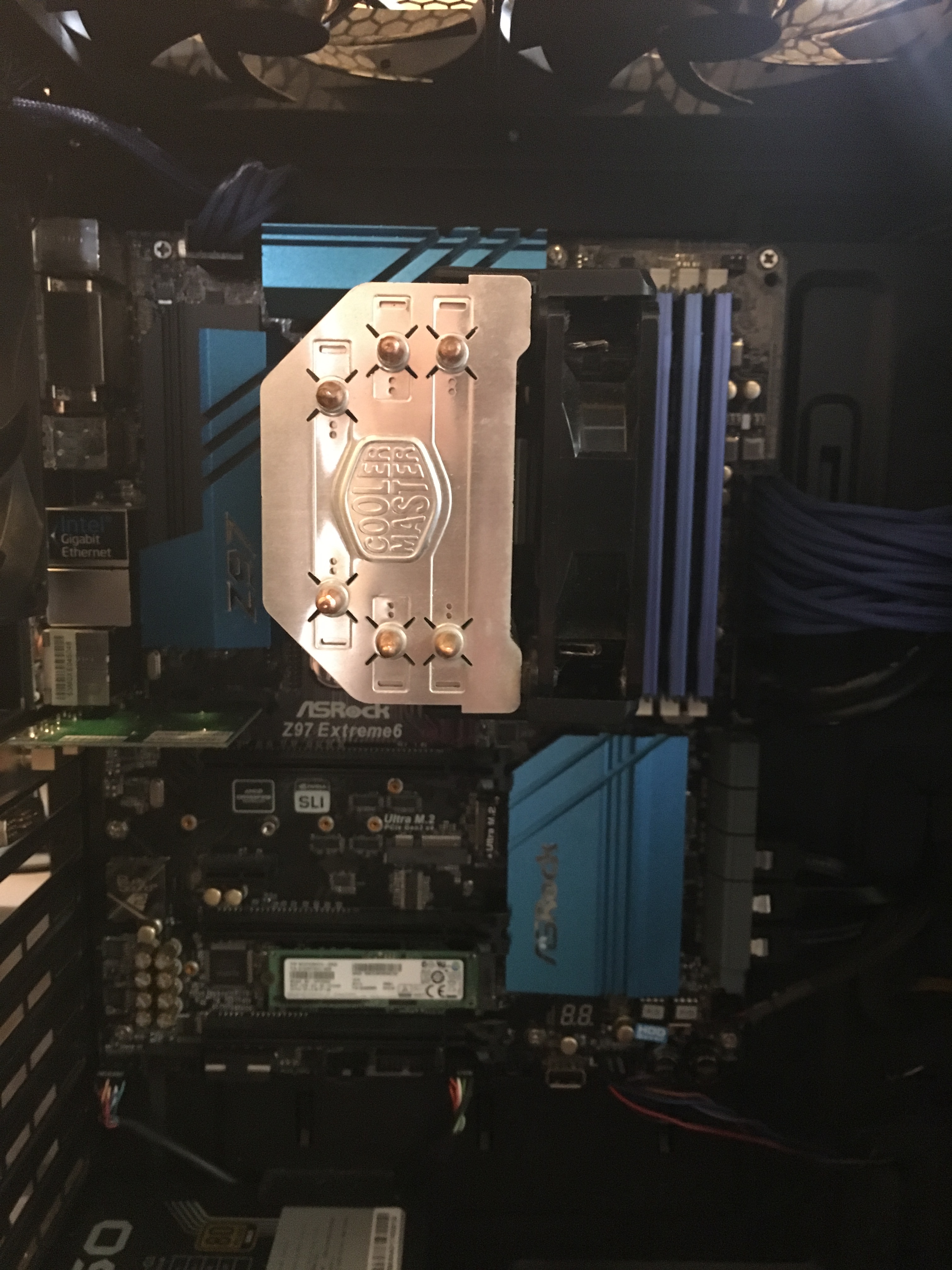 The Z170 platform offers no compromise between m.2 and GPU performance. Both can go at full tilt. Trying to mount cooler with air flow through back of the case wass challenging and a new compromise and low profile RAM is highly recommended and the new shrouds over I/O ports was a worse option. 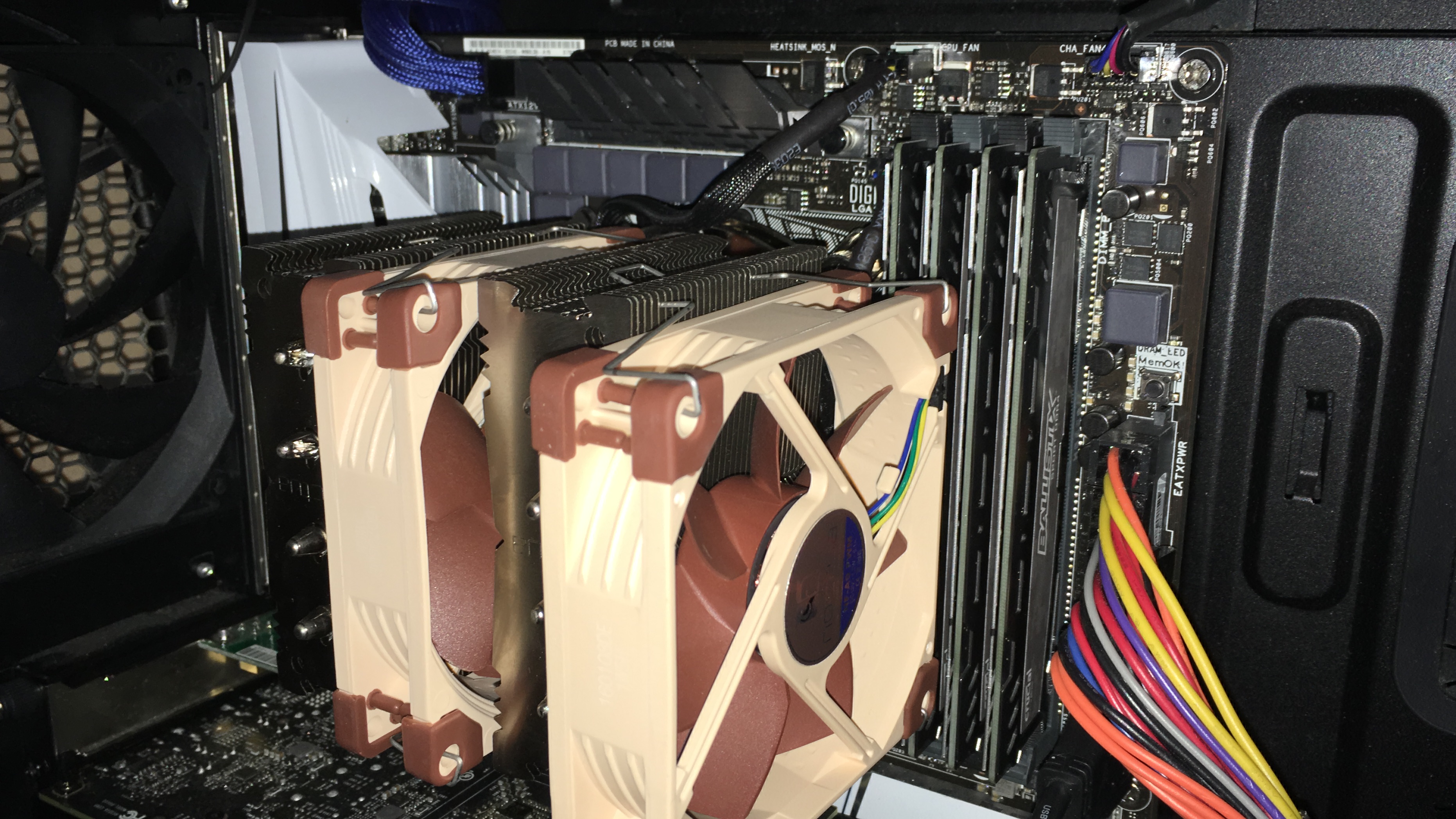 The best and a clear solution was to vent upward. 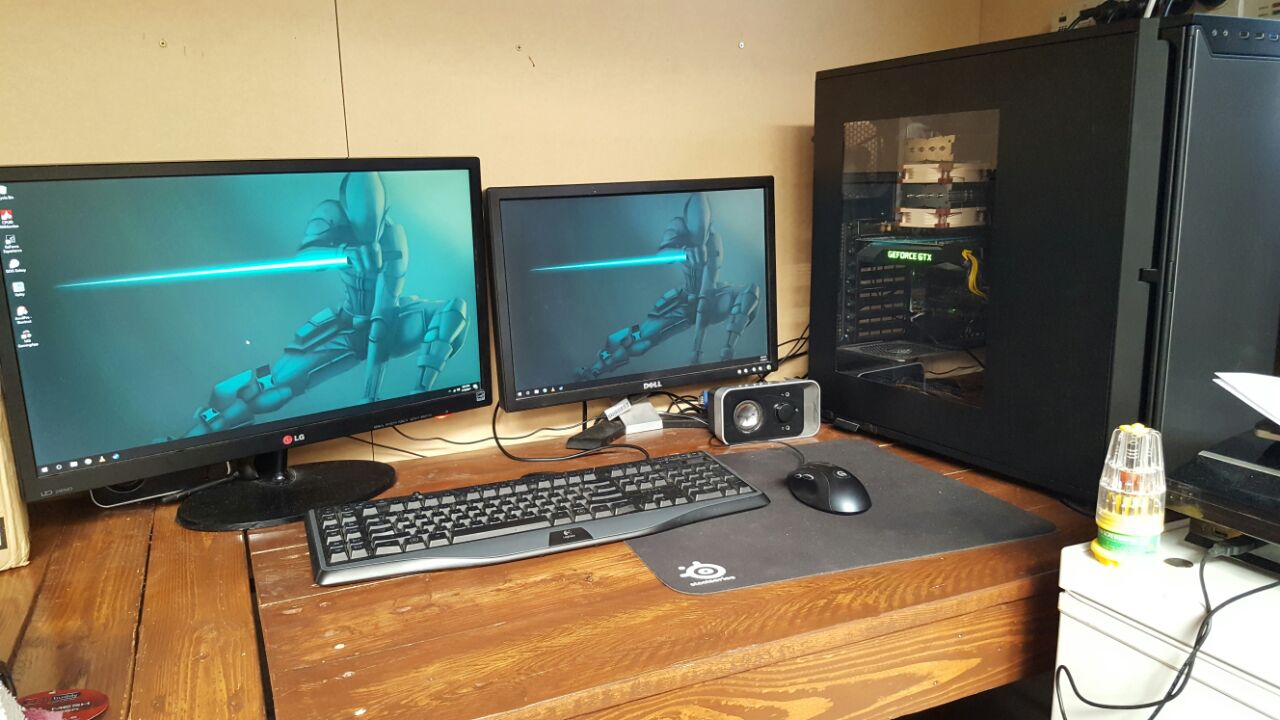 Desks are proudly made from recycling pallets and the setup is a slow work in progress. It will get prettier as I go along (cable management and monitors).

That’s awesome to see and hear and I can really say is I am soooo jealous of the Asus Z170 board.

It’s always nice to see people getting help with PC components, good on both of you