So last year was a massive gaming funk for me. Stopped before I finished Divinity Original Sin 2 in mid Dec 2017 and barely touched it. I tried to play stuff, but nothing stuck. Enter a weekend of creativity and unused gear and DIRT Rally I got me back into it and in a very immersive manner. 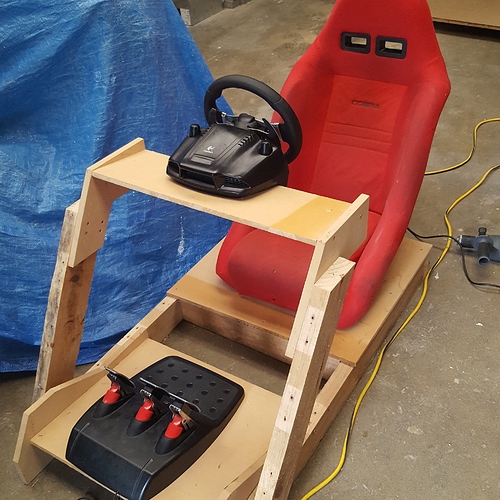 Does anyone have DIRT Rally 2.0 and how are they loving it.?

Also wondering when AND is going to be dishing out free codes like they did for DR I.

I’m waiting until Summer and the VR update/patch/whatever. Dirt Rally 1 is one of the best VR experiences even having to jump through the hoops of ReVive and such.

I don’t think you can play it, until tomorrow, even with the preorder early bonus.

Actual release is the 26th, I think.

But I’ll let you know. I plan to preorder. I normally don’t do that, but I know I loved the first one, and I want that 911.

Loved the first one, saw some reviews about 2.0 and it is looking good, avarage 80-85%. But I am still playing F1 2017 most of the time, starting season 7, i can wait until the next winter sale

If someone buys it and tries it tell us how it is.

I will wait for the VR end of it. I made the mistake of getting Dirt 4 thinking it would have it… my mistake.

played it a bit tonight.

Its the same concept as I said Division 2 was. Its like Dirt Rally, with better graphics, a better engine, some improvements, and different interface. If you love the first one, you’ll love the second one, and vice versa.

I loved the first one, so I had quite a bit of fun. Its either a bit harder, or more likely, I just haven’t driven in so long, it feels harder because I’m not used to it. lol

But it pretty much plays exactly the same, with a slightly different interface, and the graphics are beautiful.