One thing before anyone starts playing any Metro game, including Exodus. DO NOT play this game with English VO. It’s absolute garbage. Switch it to Russian VO with English subs. It’s 9 million times better that way.

Me too. After hearing Garuda’s voice, I had to change.

After like 5 hours of playing the game, I uninstalled it. I find the game pretty but boring as hell. Lots of dialogues that are just plain boring. The gunplay, music are really good though.

“Metro Exodus’s Epic Games Store exclusivity is almost up, so if you’ve been waiting for it to launch on Steam, you’ll finally be able to start playing on February 15.”

I found it extremely boring and I loved the other 2 games. It’s pretty though.

It unlocks on my B-Day, Nice!

It is unlocked on Steam, people are not review bombing and it has a nice promotion sale. Worth the wait?

Pirated the gold edition to try it out and I am sad to say but this is not Metro. Okay, the game is hard and the ammo is scarce because I started on the highest difficulty and I am dying from one hit but that is not the problem. I stopped where I should go and find a carriage before crossing the bridge and I feel like I am the only character to do anything on that fcuking train. All I did since I launched the game is fetching things. And always alone. The open map looks great first but it is sooo empty. Or not empty but filled with another boring zombie type. I am not sure to continue it.

I returned it just for being standard euro jank. If you do continue, don’t spend money.

I may lower the difficulty, ignore every little spot on the map and just rush the main story because I am interested in that. But it is definitely dropped a couple of places on my wishlist. Only recommended with a -80% sale.

One of my best friend recommended to play the game as an immersive sim and not as the last two games. I lowered the difficulty to hard and tried to really live the role. I am past the Volga and the bridge, fight through the bunker and now arrived to the Caspian Sea. If you forget that this is a Metro game about survival and dark places the game is pretty decent. The first map was tedious and hard but if you manage to beat it, it is only better and better after that. Now I am changing my opinion on the game, halfway into the game and I am pretty sure I will pick it up during a summer sale on steam if i can.

Bah, considering it metro or not metro is irrelevant to me. Too jank. 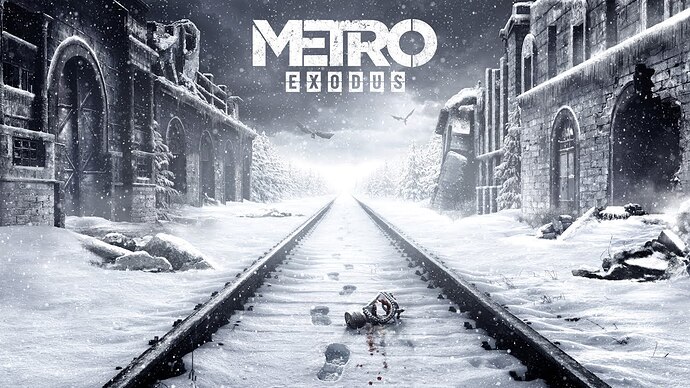 I have finished the game and I’m really satisfied with it.
The setup was refreshing after the dark tone of the prequels.
Story was OK. Predictable but OK.
The pace of the game was spot on and I never felt boredom through the gameplay.
Graphics are really nice, sound is great too.

Mad Max part of the game was really nice.

There were few bugs here and there but nothing game breaking.
I really enjoyed the train ride.