Without rest, here comes Monza. The Mercedes is the favourite after Spa. Can the Ferrari drivers challenge them?

Out an out the fastest driver in my generation, not the best or a great. Just pure speed and crazy combined for a perfect balance.
I give you Juan-Pablo Montoya… pity no one wanted to work with him.

What do we think McLaren need to do. Honda or Renault? Real bad choices either way. Honda is only way to get on top step in reality. Renault is just a podium in my opinion. Really conflicted.

trainsmash Need to stay with Honda. Too much money and energy invested in it just to leave them. Renault engine will never be the best, but maybe Honda can find a way eventually. But I would not be a McLaren driver until that.

buttstallion mirrors my train of thought, but in the back of my mind they just don’t seem to be capable.

The first Free Practice was a bit boring, and no surprise on the timetable. 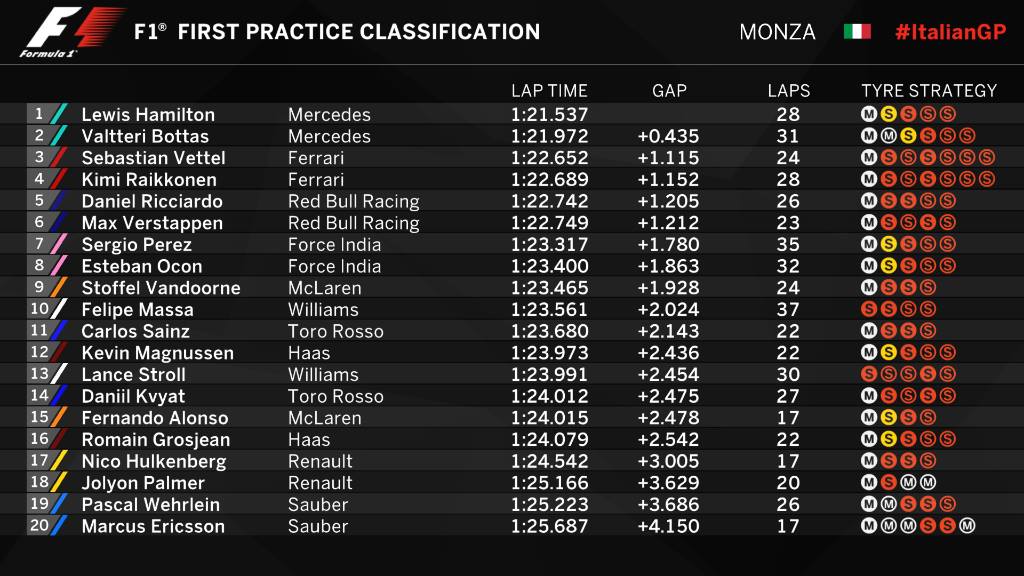 buttstallion don’t no if Ferrari sandbagging, but I did not think they would be back by 0.6s. At least based on Spa. 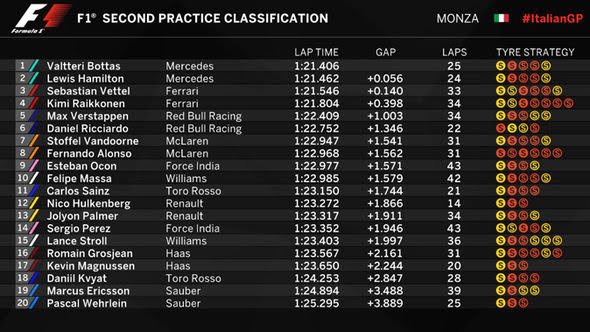 So far the qualifying is boring, heavy rain, car crashing… Still Q1. The same as FP3.

European Quali and races are at midnight, also night/late afternoon races. So glad I decided to sleep after quali red flag. 2.5 hour delay before Quali continued.

trainsmash Ready for the race?

Well, this was boring and suspected. The Red Bulls are faster than the Ferraris in Monza. This says something about the second half of the season.

Watched first 40 or so laps. Not really a boring race thanks to all the events McLaren/Renault, Force India/Williams, Red Bull carving it up from the back.
Only boring part was Merc smoking Ferrari’s with the new spec (oil limited) engines.

Van Doorne had a great race until he had to park it and same for Palmer. Williams were surprising and Force India was surprisingly not as competitive as I thought they would be. Torro Rosso is slipping back and if I were Sainz, I would definitely looking for an exit.

Riccardio, The Honeybadger, needs a new name… The assassin. Boy is in the right place at the right time. Red Bull definitely benefiting from whatever cool aid Renault have been drinking. That car was remarkably quick, but I think strategy was more impressive than the speed.

Vettel was quite dejected, but he did exactly what he needed to considering his performance.

There is Baumgartner, the only hungarian f1 driver so far

Driving a two seater for years now. Oh and Kit Harington and Liam Cunningham are there as well

Was on vacation over the weekend so missed this one but interesting to see the mixed up starting grid with the wet stuff. And equally as weird to see a double points finish for Williams. Maybe not so ripe for the picking afterall.