Yeeeees, another race weekend. An hour earlier than the US GP gladly

Mexico has only really had one epic race from my memory. 1990 with Prost P13 to P1 and Mansell round the outside Peru Alta. Then the Verstappen penalty 2016. Hope 2017 is a cracker jack. 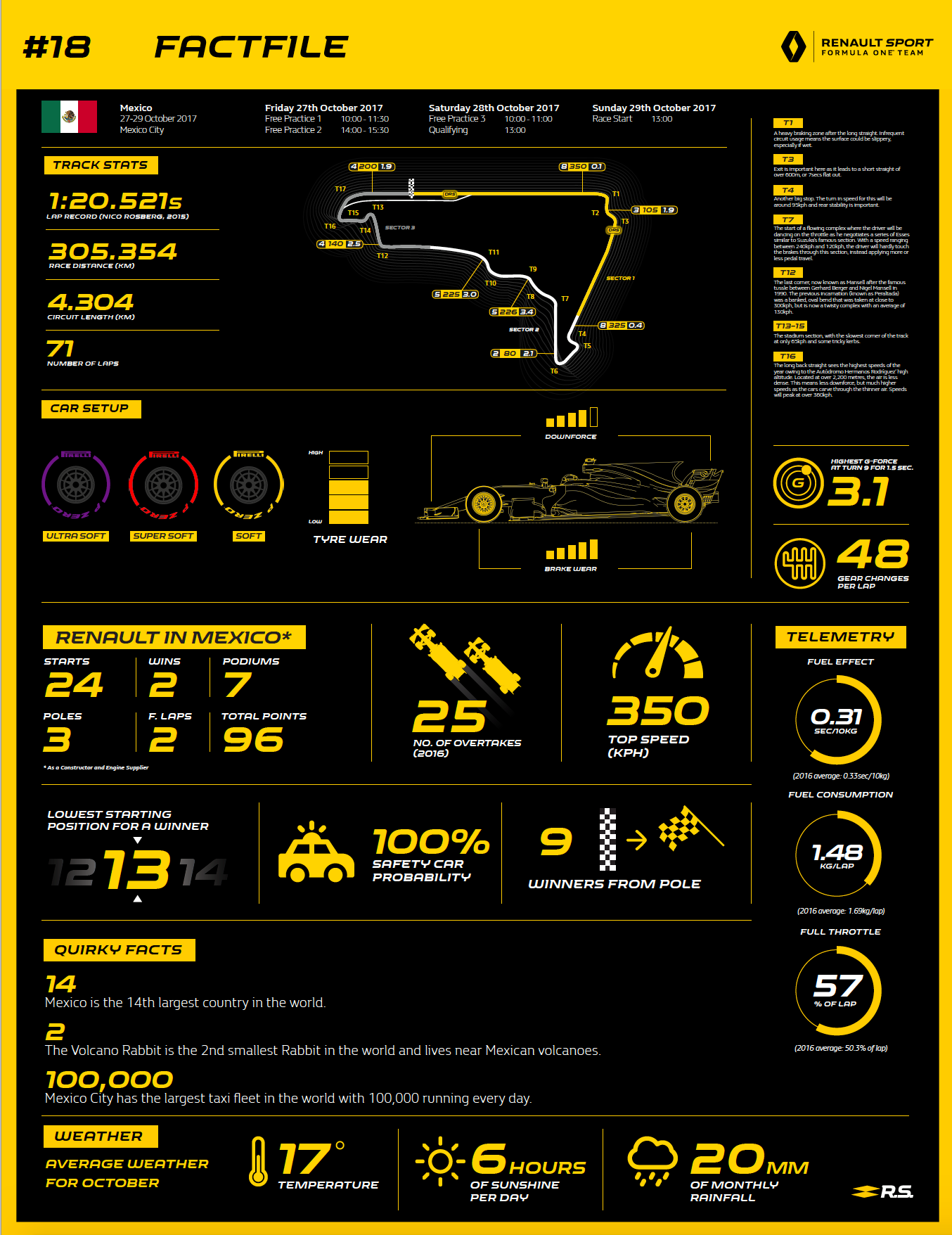 Avarage race. But what a podium ceremony

I dozed off. Guess I didn’t sleep enough last night or something haha. Or it was a boring race…

Gotta say, I think Vettel found his way into Hamilton rather easily knowing his wing was trashed haha. But no way you can say that definitively of course. Max of course started it all. We call it fun and bold when it works out for him but it won’t always. He had 70.9 more laps to do that, forced it a bit early. But made for an exciting start. Which was the only excitement (as far as I know). So whatever. Congrats Max, congrats Lewis!

buttstallion Id rather have an engine that’s bad at one race on the calendar than all of em! Haha. But eeeek was it a bad show for Renault!

This is the second race weekend the Renault motors failed the most. If this carries in 2018, McLaren will be furious

Have to swallow my words. Mexico kicked off with a bang and was interesting, unfortunately for the wrong reason.

Max made sure Ferrari understands how he feels about US decision. Glad for Max, he put 2 four time champs in there place with extreme prejudice.

Hamilton was no where, wonder if the under tray contributed, however get the feeling that the merc simply can’t follow another car.

I have had an extremely negative view this year of Vettel & Ferrari and this morning trying to push Max off track (who had to make contact him to keep two wheels in) and then hitting Hamilton who was really easy to avoid. Having said that, Vettel stopped and drove the absolute snot out of that Ferrari. I respect the latter, never giving up. Have to win and lose like a man though.

Nothing to lose in last 3 races, gentlemen I believe we will see 3-5 prime drivers give absolutely no quarter. Gonna be great.

Renault new engines are very unreliable, almost as bad as Honda, except not as slow. Many issues and failures across US and Mexico. Very concerning for McLaren.