This is going to be my next game. I can’t play it yet though. Since ubisoft is not releasing on steam in favor of epic and it’s own store, I decided to get a shady ebay key. The description said if I purchased before 6pm uk time, I’d be emailed the key in under an hour. But it’s 11:10pm in the uk right now. So in the meantime I’m just going to play a little more of cyberpunk until my key arrives…also I’m going to have to pretend to be uk citizen while I play it because the key is only valid in uk or europe. I just changed my vpn to uk and made a new uplay account. And also will have to make sure that anytime I’m connected to uplay it’s via uk. So yeah if you’re going to play this game, get a shady ebay key or play on a console. 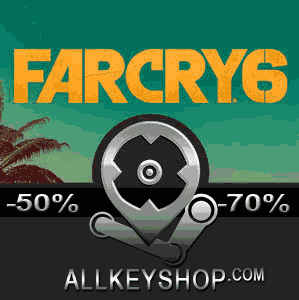 A lot of those shops buy keys from the publisher. That’s why I always use ebay when I want to punish bad behaviour.

So yeah I’ve been playing this for the past few days. If you like farcry games you auto-like this one. I’m running at almost max settings (only one thing not ultra) at 2160p>60. I didn’t even turn amd’s jank ver of dlss that’s just a post effect that doesn’t work…which begs the question, why no dlss? The game is very very pretty.

Oh, the only shit thing is the cut scenes are 30fps. It’s really jarring, and looks comically shit in contrast to a normal frame rate.

I need more time in between Ubisoft series because every game in the series feels exactly the same. If they were really short maybe I’d feel differently

I need more time in between Ubisoft series because every game in the series feels exactly the same. If they were really short maybe I’d feel differently

Yup, every IP they have is a “copy/paste the prequel” with a slight change in the environment.

I got bored of UBI games generally. No innovations, nothing new, same old, same old.