Hand of Fate - Another Schlitty Review

Anybody else try this one? Just finished it up and figured I’d humbly offer up my Steam review for all of you folk’s to consume. Really was a fun one. Added some pics to this post to liven things up a bit since I love you all so much. Original review; Steamy

A fantastically unique singleplayer tabletop-like video gaming experience with superb stories that is hampered only by some lacking standard combat.

Hand of Fate simply blew me away. I’m huge on singleplayer experiences and this delivered. I actually am walking away absolutely stunned more videos games have not taken a similar approach to this. It just works. I know next to nothing about traditional tabletop games like Dugneons & Dragons but I imagine this has inklings of it. You’re presented as a player in a card game against ‘The Dealer’. The cards are dealt face down as a dungeon level/floor/area in simple grid patterns and you have to work your way through to the exit or boss. Each card your piece moves to reveals an encounter. These can be anything from combat to shops to games of chance. 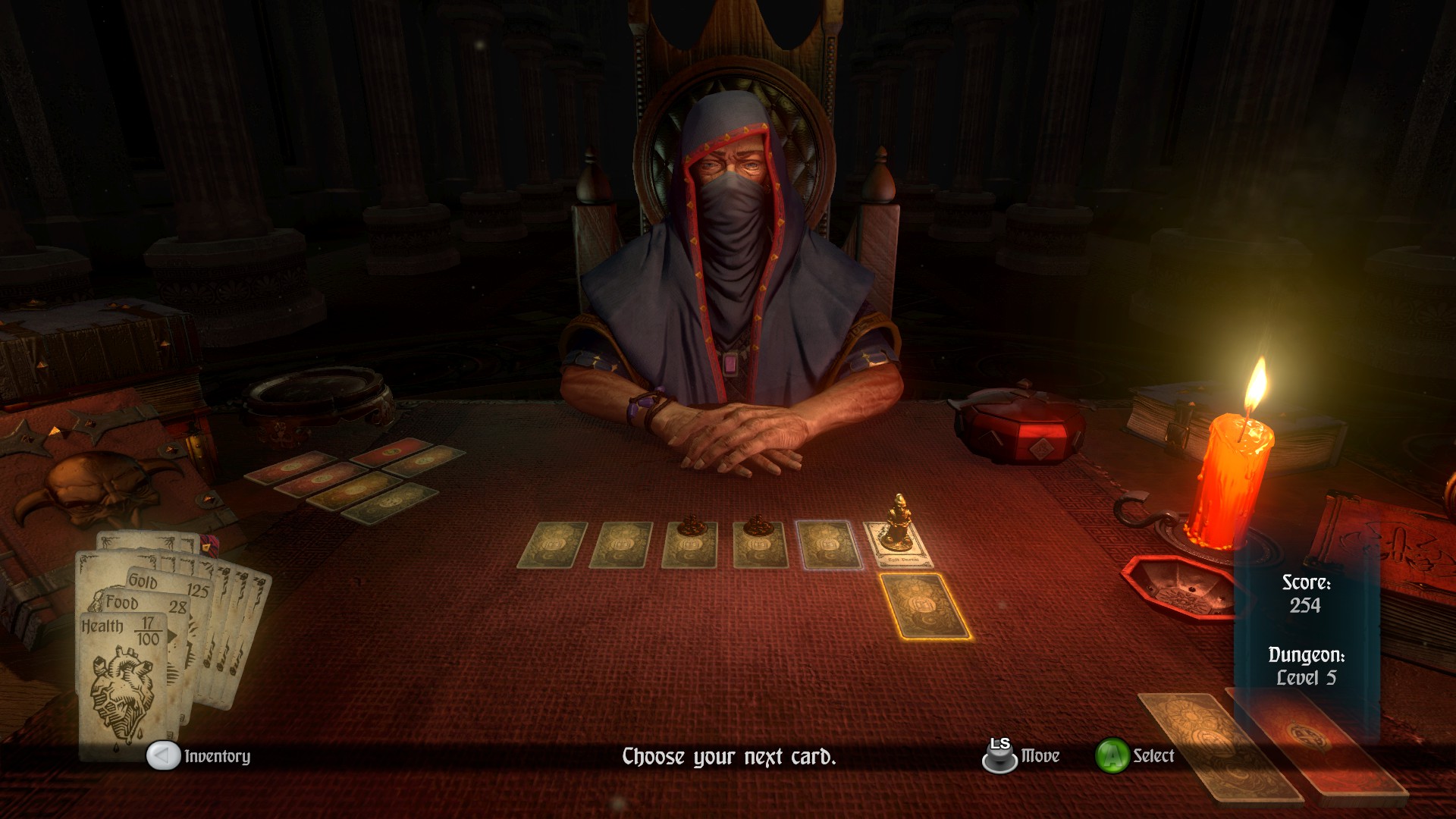 The storytelling of these encounters are where the game really shines. You’ll encounter pirates, lizardmen, ratmen, the undead, goblins, minotaurs, hellbeast, bards, minstrels, drunks, sailors, priests, noblemen, and more. The majority of the stories brought me back to Robert E. Howard’s Hyborian Age as I have read all the Conan stories. But I’m sure the D&D player, or the JRR reader, or what have you will find themselves in familiar territory as well. The deeper stories in encounters actually progress over multiple playthroughs via a token system. You succeed in an encounter you unlock a token. At the end of your playthrough, win or lose, your collected tokens unlock new equipment and encounter cards. So you will be interweaving multiple short stories at once through multiple playthroughs all while tackling the bosses which are the main quest. And it works phenomenally. Every sub-story is short but worthwhile and tightly written. I just beat the end boss at about the 20hr mark and I’m still working my way through a couple encounter story arcs that I may have touched on and began in the 1 or 2hr mark. A satisfyingly done endless mode will keep me going to finish those. 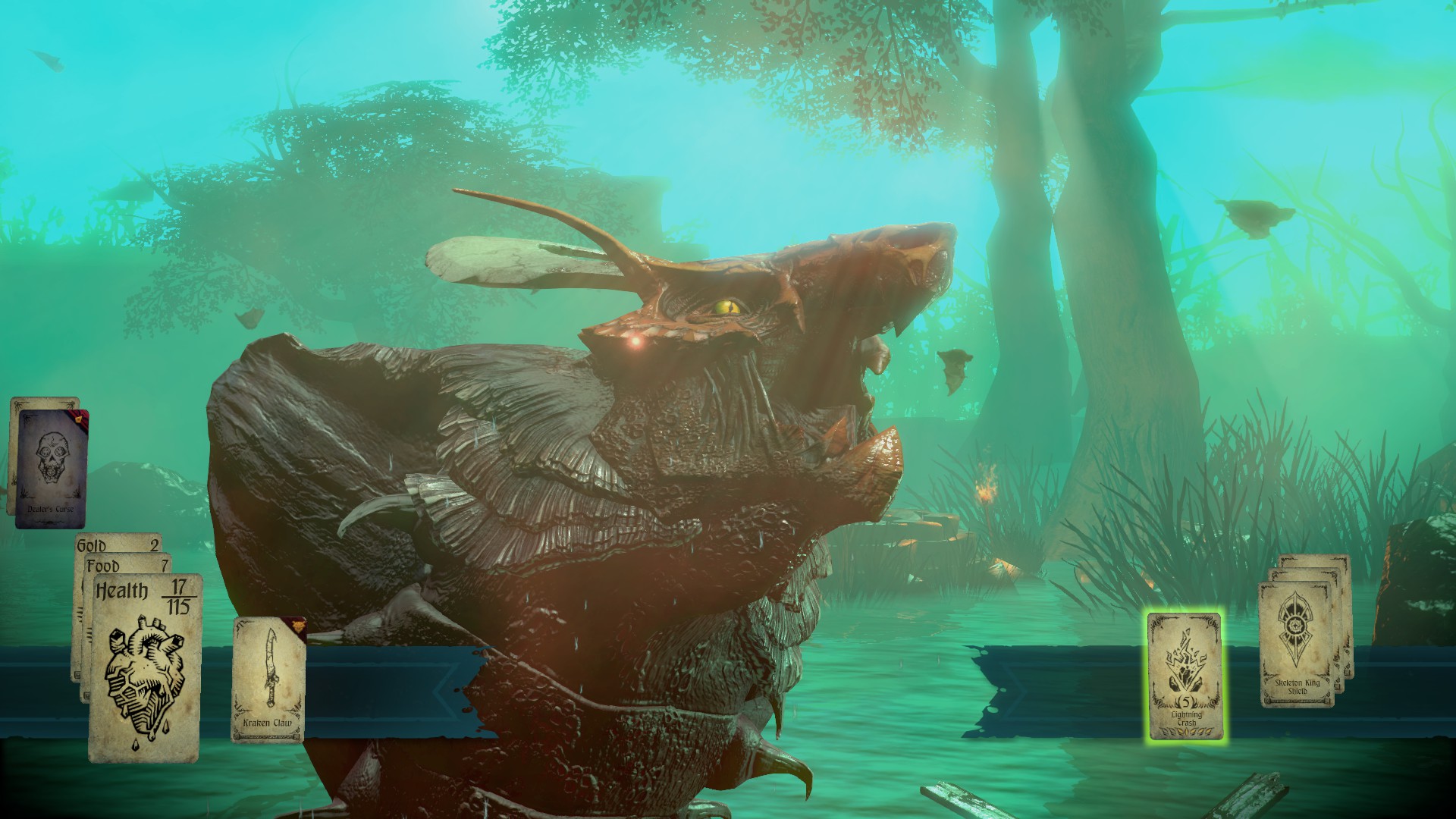 The visuals are on point for the game style and while they won’t blow you away, they do not detract in any manner. The sound is equally fitting from the ambient sounds to the music to the dealer’s voice. The equipment, curses, and blessings keep things interesting throughout. Save for one sword I’ve unlock towards the end here, nothing is over powered or out of balance. The encounters that require “random” chance features a system that can actually be a skill. Four card choices of fail/success are shown in varying combinations, they are turned over, shuffled, and you pick one. A keen eye can learn to track the cards well. But it is still difficult enough I’d say I follow the exact card I want correctly 70%~ of the time even after 20hrs. Its one of, if not thee, best “random” chance systems I’ve seen in a game. Though, those who do not get better at it could find it as infuriating as flipping a coin to decide their fate. 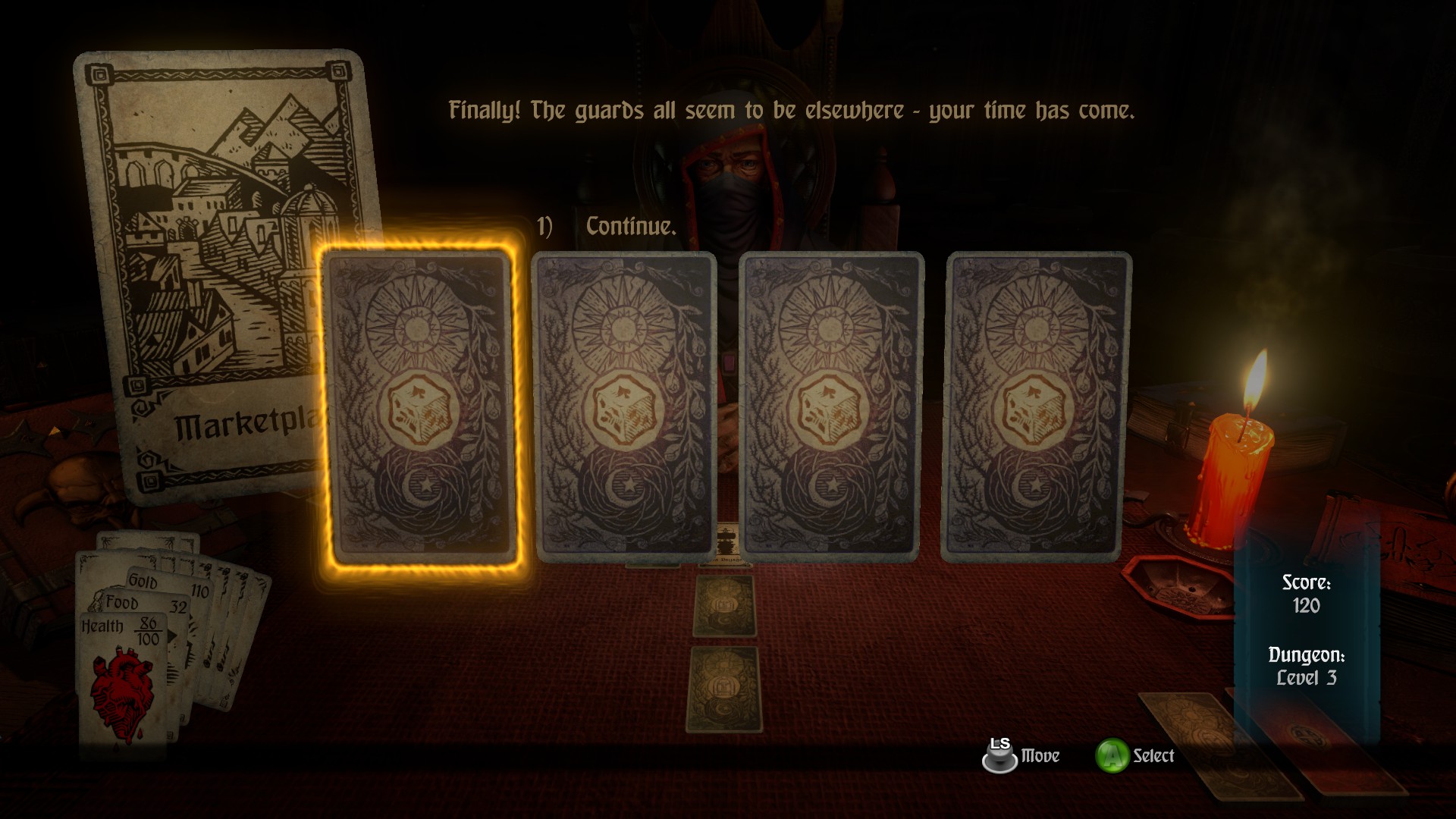 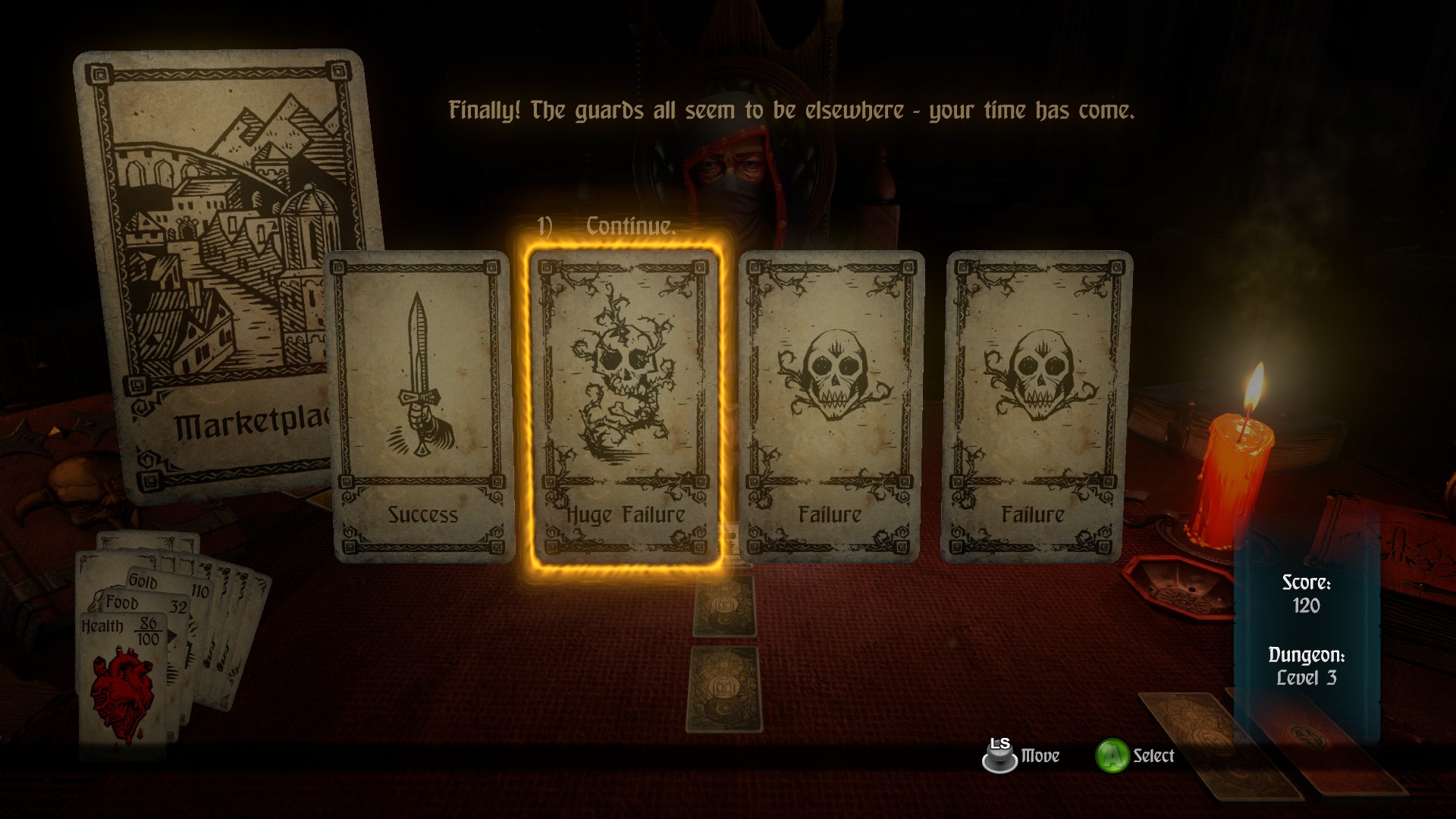 The drawback the game does have though is the filler combat. Rather than leaving combat to numbers, stats, chance, dicerolls, or anything else it is actual gameplay. Controller is highly recommended for this game and was the only way I played. Perfect couch game, but back to the combat. X hits, Y counters if you have the proper equipment, B stuns, and A roll dodges. Mix in some special powers on two bumpers too, if you’re so equipped. It isn’t overtly basic, or bad, or boring but it more or less boils down to timed button-mashing. There is definitely challenges to be had but the generic combat encounters just got repetitive and sometimes tiresome. The biggest challenge was staying interested in these standard battles. I guess that’s the best way to put it; standard combat just was not interesting. I will say some bosses were an absolute blast though. Perhaps it was just the change of tactics but it was fun. End of the day, the combat did not ruin the game in the least but stands alone as the only potential earmark. 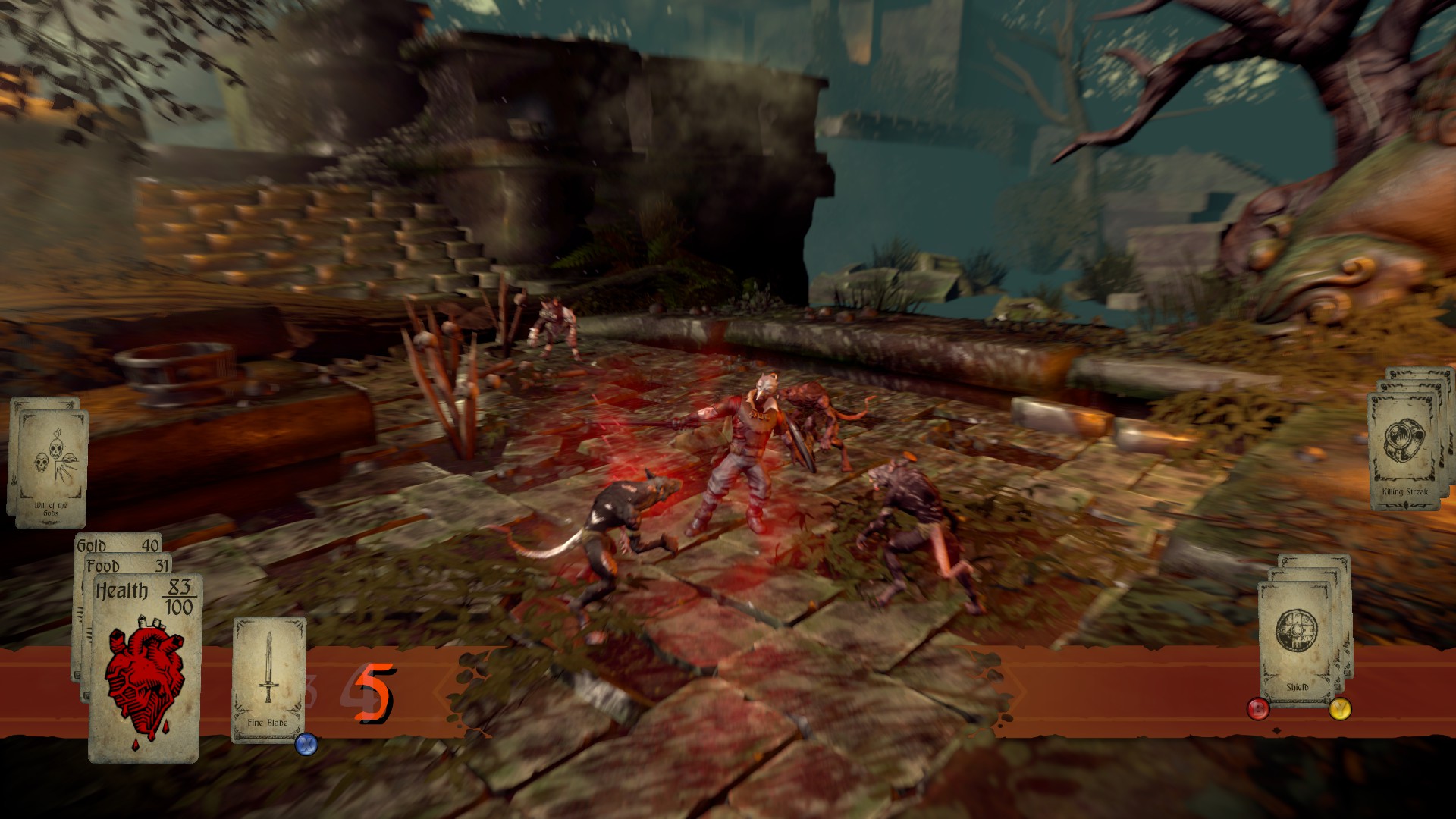 I got this game in a bundle and I think that was an absolute steal. But being as cheap as I am I would still recommend waiting for a sale as always. A very hearty recommendation either way. Especially for the singeplayer leaning crowd. Don’t forget to buy food! 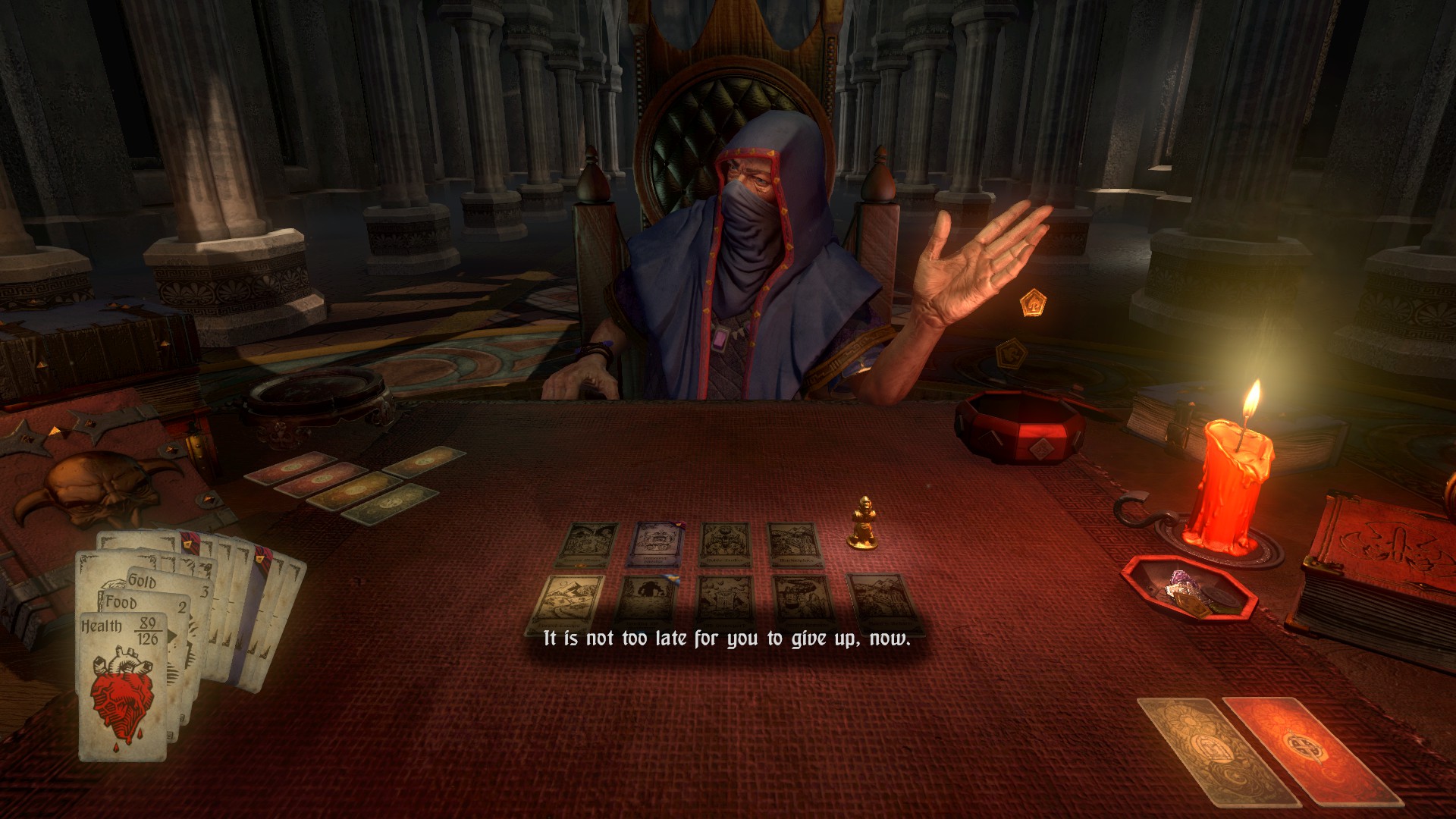