This game…is… so chill. I don’t quite know how to explain it. It’s a couple on the run in fantasy space land. I’m rather quite enjoying it… it sorta passes above indie into AA as far as quality is concerned. The art style is primitive, but not so primitive that it’s ugly. I’m running it at 4k>100 at “max” settings (there aren’t many settings). I also guessed correctly that there is a naked mod. I’m pretending they’re adam and eve even though I see religion as a voluntary mental disorder. 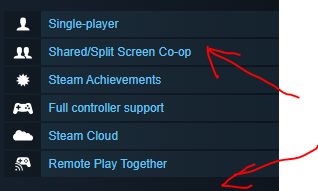 This game is a gem!

I thought a gem is a precious or semi-precious stone, especially when cut and polished or engraved. Thanks for clarifying it that a game is a gem

For all your science needs, just call me ; ]

Just beat it a couple hours ago. Fucking awesome game! I hope they make a sequel. Recommended!