How much should games cost?

They shouldn’t cost a cent for me since I’m pretty damn awesome. BUT, I have a feeling that $60 for a new game is a bit too much. 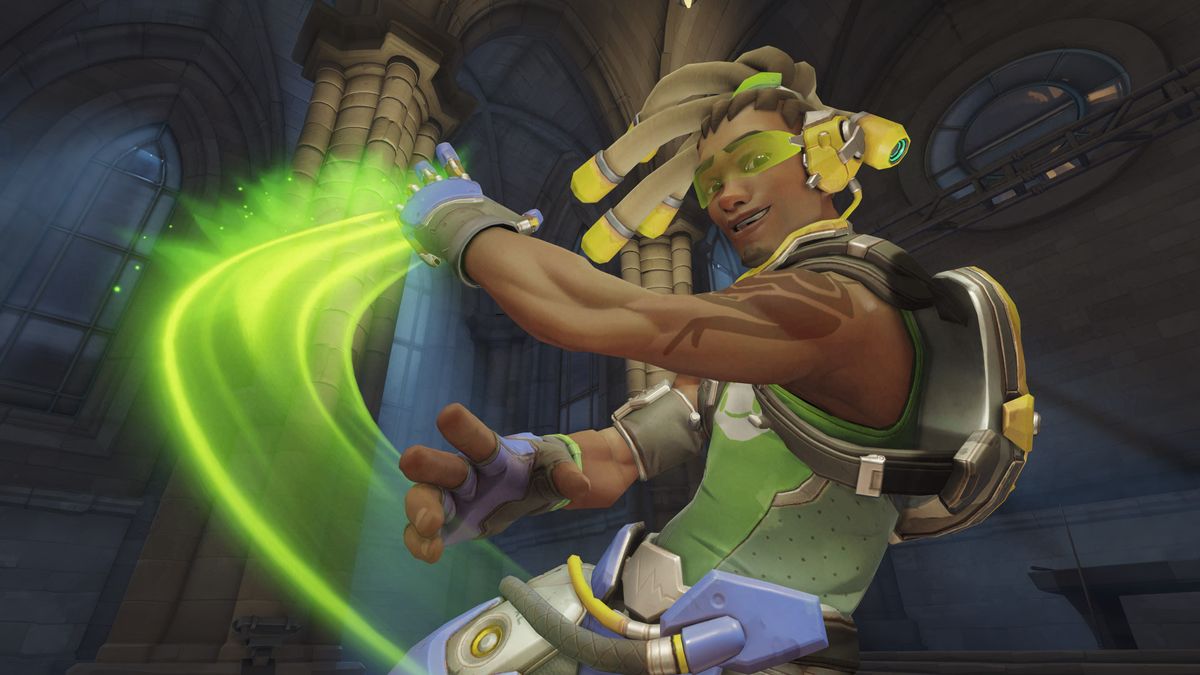 How much should games cost?

A case for lowering the $60 standard.

I mean if they keep making dlc almost mandatory sure. Otherwise, I think $60 is reasonable for most games considering they drop in price by half in like a week

Most AAA games here in Canada range from 60 - 79 and into the 100s for the Deluxe versions etc.

This is why it usually takes me forever to buy a new game, I wait for a really good sale.

In a perfect world we wouldn’t have all the DLC/micro/pre-bonus/etc stuff and and every AAA game you’d pay 60~ish to play it on release and less to play later. But people pay for it all so it isn’t going anywhere. But that’s okay too. I’m a guy who never had a problem waiting for the bulk of my games so I’m not bothered by the full price at all. Find out if the game is broken or even good? Pay less? Yeah, I can wait. And when a “schlitty must have” swings by once in a blue moon I’m more than okay paying the asking price.

Less is better, but I just really lucked out. Had they not been back to back on the list, the deal wouldn’t have appealed to me: 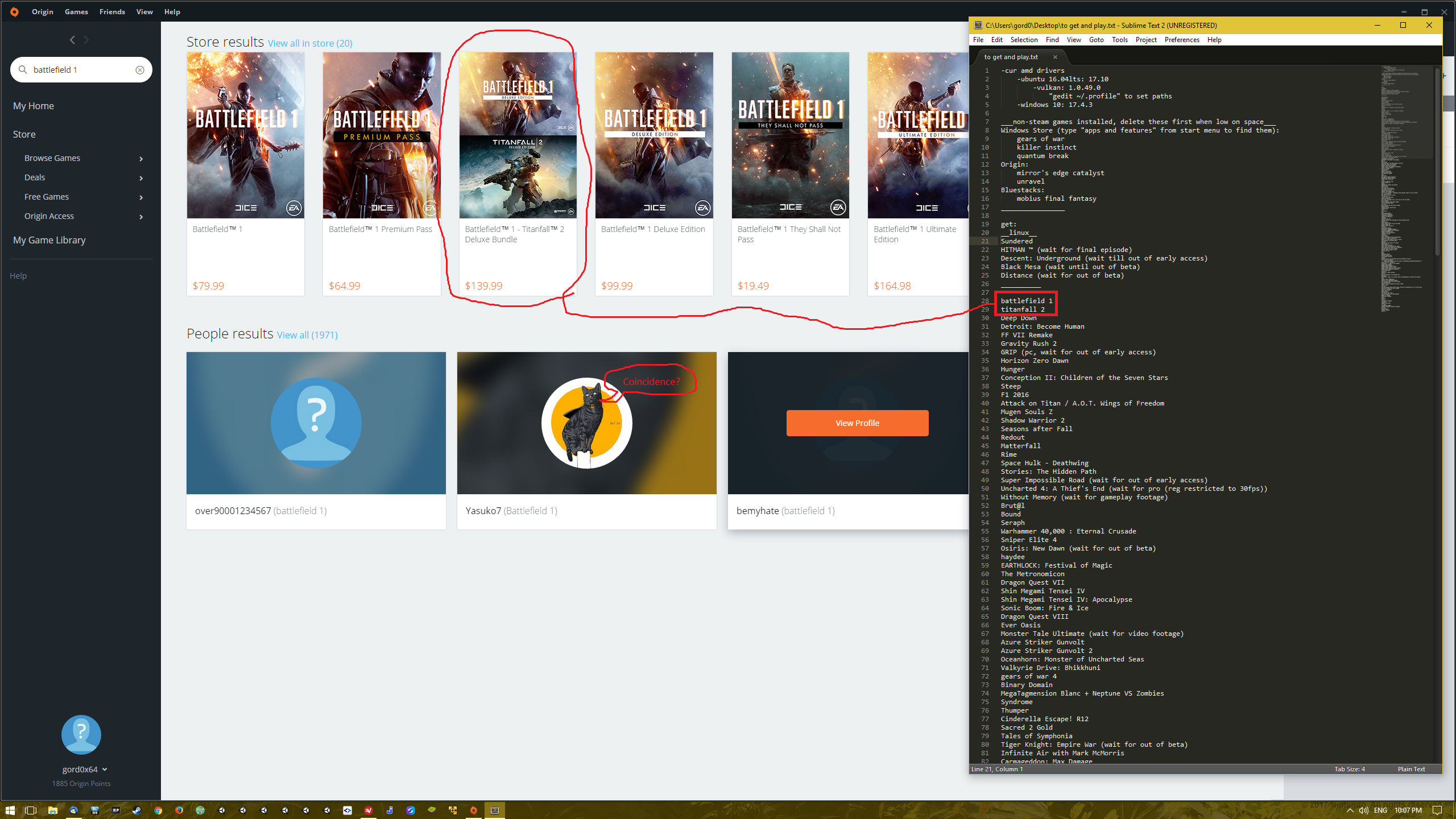 gord0 That bundle was $60 on sale. You are throwing extra money with no reason. As much as I like Titanfall 2, the Deluxe edition offers you nothing bonus in the campaign. Especially when it comes to BF1. Both games aren’t worth the full price if you are just going to play the campaign. Do yourself a favor and wait for a sale or get the game through mmoga, GMG, cdkeys or some other site \o/

Katsuo said in How much should games cost?:

gord0 That bundle was $60 on sale. You are throwing extra money with no reason. As much as I like Titanfall 2, the Deluxe edition offers you nothing bonus in the campaign. Especially when it comes to BF1. Both games aren’t worth the full price if you are just going to play the campaign. Do yourself a favor and wait for a sale or get the game through mmoga, GMG, cdkeys or some other site \o/

$80 cdn each for regular version. $70 each in bundle. The deluxe bit doesn’t matter as they’re still cheaper. When was it $60?

gord0 Still too much. You can complete both games in 12 hours max. Hell, even paying $140 to a hooker would give you more entertainment than these 2 games combined. XD

The sale was 2 months ago. It should be another one in June because Steam will have a summer sale in June and EA always put their games on sale when Steam has a huge sale.

I think $60 is reasonable when they don’t add a bunch of cosmetic extra cost items. I don’t even mind paying for DLC if it is good content. If they are going to sell a bunch of microtransaction crap, they shouldn’t charge full price.

They should make it a law that you can’t have micro-transactions unless the game is free. That way only shit games will have them. They should also pass a law that dlc must be either more story campaign or a new mode. Cosmetics could only be part of dlc as an accompaniment to actual content.

teh_g why would cosmetic matter to you? You don’t have to buy it and it funds free playable content for us.

ShiftySatchmo said in How much should games cost?:

teh_g why would cosmetic matter to you? You don’t have to buy it and it funds free playable content for us.

Some games do both, they are $60, have cosmetics, and charge for DLC. That is just a money grab then, they don’t need to charge for all the things.

ShiftySatchmo said in How much should games cost?:

I’ve not seen free story in an actual game since…ever. Unless you count before the term “dlc” existed.

$60USD for AAA title fine: for full usable game content for the life of the game. This means all mission type(cap the flag, defuse, team DM etc.), map & gear DLC that can cause a fracturing of the community should be updated free. All Level cap extensions for single player games should also be free. Make roster updates for sports games free i.e. if it’s a reskin of the previous year’s game don’t publish it.

The following should be viable for DLC:
Story mode content: extra story chapters that provide new content should be charged for in a reasonable manner. Additional playable characters should be charged for.
Cosmetic enhancements should just stop being made altogether. If it “must” be made… don’t make it pay to unlock(see below).

My thoughts to developers:
Make people want to keep playing the game so they convince friends to purchase the main game. Allow them to enjoy the game so they purchase substantial additional content to prolong the life of the game.
Create a community as opposed to a disposal item (yearly iterations of FIFA, COD, BF, NHL etc. etc.). Make the cosmetics the unlockable items for progression and provide all gear at level 1 in MP… you know how it used to be.
Drop season passes; if you can’t explicitly say exactly what you have in the pipeline for the game and whether it is included in the season pass, at the time of putting the Season Pass up for pre-order/sale, then all you are shilling is snake oil & hollow promises.
Stop cutting content just because a bean-counter determines that it would be better to charge for it (think AC2’s walled off area that became Bonfire of the Vanities DLC & Capcom’s Street Fighter Costumes). Give more to your customers & they’ll feel happy, obviously wall-off content & expect a vicious, toxic response.

Obviously these are thoughts as a consumer & who doesn’t want something for nothing… but the state of game sales as they currently stand is stupid.

teh_g yeah I agree but a lot are doing free content too now. Cosmetic never bothered me because I don’t have to buy it. Maps and stuff bother me. Story doesn’t even bother me really if it is good like burial at Sea.

gord0 a few games lately have had free story dlc. It’s not super common but maybe it’ll catch on. Gravity Rush 2 and Resident Evil 7 both did.

Game price should be based on region. Like in our place they should cost 25 eurs, that would be acceptable for me giving 50 eurs or 60 for a game is a no no… XD steam doesn’t follow our standards i guess