I was trying to be good and get a few things upgraded, but I went a bit too ham and broke everything. Now everything is placed gently back together.

On my end everything was ok XD

I noticed nothing. All is good mate!

On my end everything was ok XD

I noticed nothing. All is good mate!

It was totally down for like, 15 minutes. I was worried I wouldn’t be able to get it back up before my next meeting. Luckily I figured something out… That is what I get for trying to update all the things.

I know you like big numbers, teh_g and all that. It kinda reminds me of how Angel also liked big numbers when he bought zillion bots to make his social network thing a huge empire. Trust me, you don’t have to go that way. I will help you reach these numbers without breaking the site!

Apparently, this is happening usually on new threads. Numbers go crazy. You don’t really have to fix it. Just wanted to point out that there are things like that hereeeeeeeee

Katsuo What the heck, I’ve never seen that.

teh_g It happens randomly. Usually on posts that have multiple pages. It looks kinda cool haha

Katsuo What the heck, I’ve never seen that. 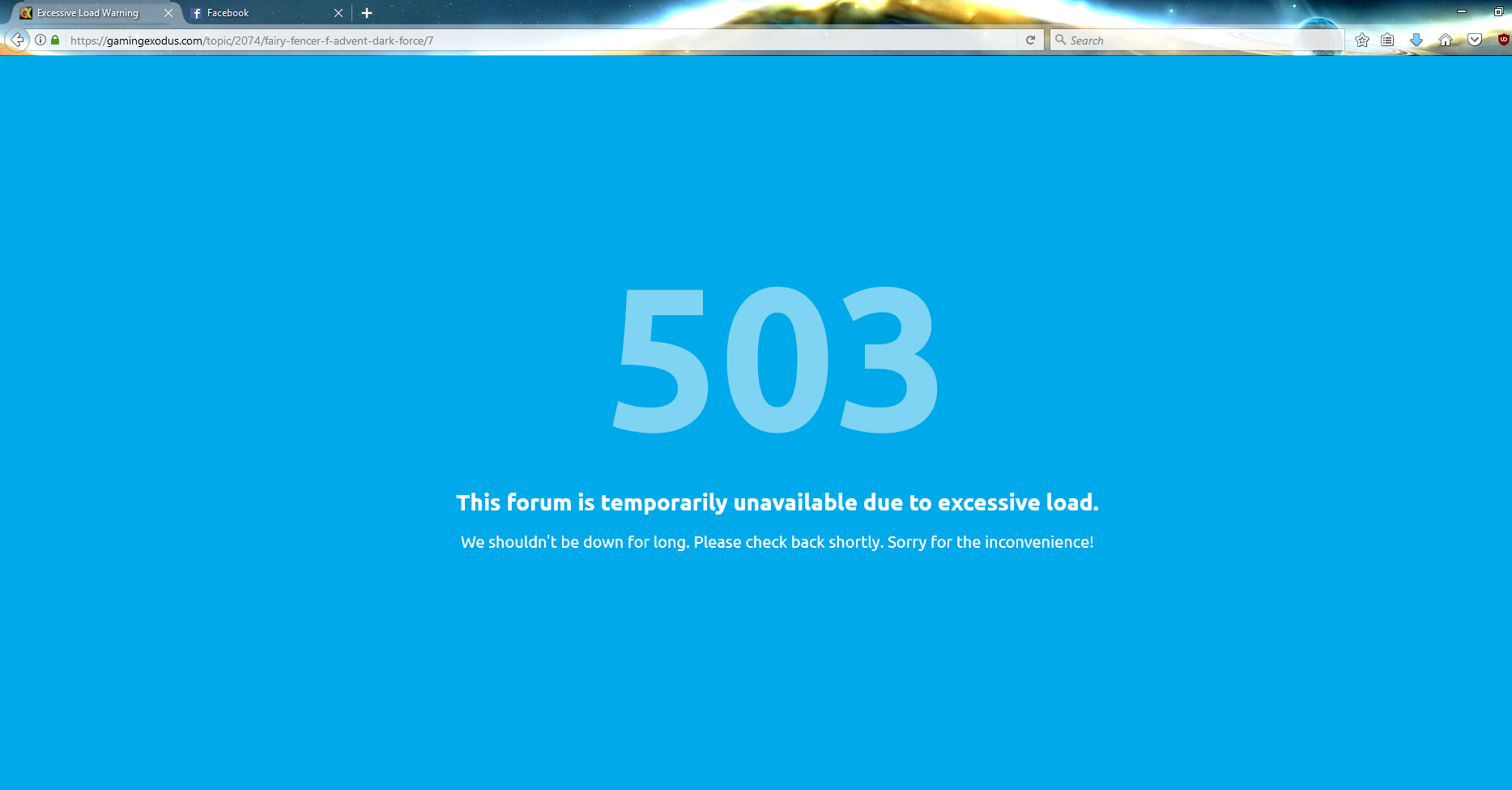 Katsuo I raised the tolerances for that so it shouldn’t happen as often, but I think it may just happen occasionally. Not sure…

teh_g So now I have to be extra annoying to get the 503 thing?sigh