So this is my next game! If you like dynasty warriors, you like this. It’s quite fun, though I will say the performance is horse shit. Dynamic resolutions all sub-1080p. Fluctuating framerate that never hits 30. Only play this on a small 1080p display.

I wish they chose a different art style and/or engine so this game could be 60fps like any warriors game should be. Will post more later! 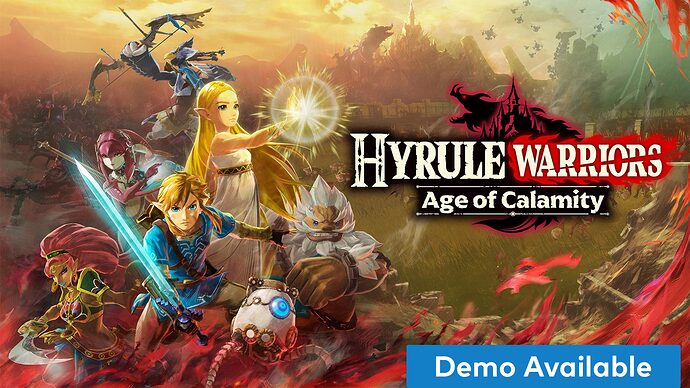 See Hyrule 100 years before the Legend of Zelda: Breath of the Wild game and experience the events of the Great Calamity

The performance is so so so so bad. Like it is the only thing I hate about this game. Otherwise it has been fun so far.

After the recent Nintendo bullshit with the tournaments, bans, copyright strikes and other nonsense, I doubt I will ever buy anything Nintendo again. Gotta admit though…Hyrule Warriors looks nice.

Grab a used cart or a grey market key. That way nintendo doesn’t get any money and you still get to play. No rush either, it’s good but not hurry up good.

Was thinking about that too but I need to buy the controllers too. Both controllers drift like it’s tokyo. I just gave up.

use a pro controller

I did. That’s the second controller I was talking about haha

I must have won the lottery. No drift on joycons nor pro.

Yeah it seems like it’s a lootbox controller. Where you might get a normal one or you’ll get some garbage. It’s almost like EA developed it.

Albeit it’s my least played platform due to the infrequency of exclusives.

I must have won the lottery. No drift on joycons nor pro.

So is the performance of this game worse the first?

This game is actually quite good! There’s a moment in the first few hours where you’re like “ok, I get it now, I am now going to be in the zone until the end of the game!”.

It’s amazing how good of a job Koei Tecmo can do when they have a babysitter like Nintendo or Square Enix or other ip owner.

They dont need to have a babysitter. They just dont care about PC ports or PC or West in general. They know their market is Asia. Everything they sell in the west or for PC is probably extra money that they can use for funding any of their side mobile projects. Which is why I’m always saying, Koei Tecmo games should be played on a console and nowhere else.

Ok you’ve got a point there. I was mostly thinking about how Nioh ran good on the consoles but ran like dogshit on PC.

I’m not really talking about performance, given this game runs likes ass but is so fun.