So this is my next game! I haven’t played it yet, but come on, it’s another Yakuza game and therefor good. I’m making this post now though because I want to tell you if you buy it now, the ultimate version costs less than the vanilla version does when there’s no sale. As well you get both ps4 and ps5 versions because the devs aren’t cunts. Also apparently it’s never coming to pc due to a dispute with some agency one of the actors is from. Will post more after I’ve played a bit! It’s also on sale on amazon right now for 23 euros. I bought it immediately. 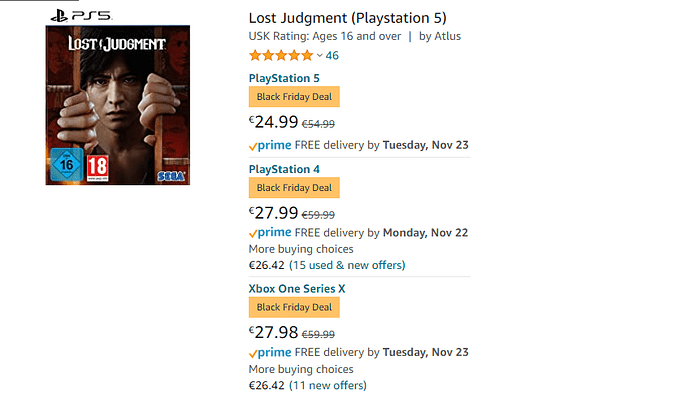 I already have it. I have all of them except Yakuza Kiwami 2.