Screen grabbed this achievement instead of the actual finished the game achievement since that achievement has the last boss in its description and contains huge spoilers for anyone who hasn’t played Bioshock. But seriously if you haven’t played Bioshock what the hell is wrong with you?!?!?!?! One of the best games ever. The remaster looks great especially in 1440p. A lot of people seem to be having huge crashing issues though. Personally it only ever crashed when I held down the key to open audio logs. Bioshock 2 remastered however crashes on me like crazy.

Seriously though people its an amazing and eerie first person shooter with a great story and a lot of gun/plasmid variety.

Can something be wrong with me even if I played Bioshock games? >.<

Katsuo Absolutely, Ain’t nothing wrong with that.

Finished the Nova Missions in Star Craft 2. I tried taking a screen grab but in paint it just came out as black so you are just going to have to take my word for it.

I had zero expectations going into it. You seemed to enjoy it though so I figured I’d give it a chance. I’m really glad I did because it was awesome. The cut scenes and story were a lot better than I expected for a piece of DLC like this. The best part though was the variety in missions. That’s always been my favourite part of the Starcraft 2 campaigns. I like the upgrade system for your units and how certain units shared the same upgrades so if you gave it to one unit type the other unit type couldn’t use it as well. Added another layer of strategy that I enjoyed.

My first play through was on normal and just like Heart of the Swarm and Legacy of the Void before it normal difficulty was pretty darn easy. I’m excited to jump back into it on hard. All and all I’m happy with my purchase.

Finished Event[0] well one of 4 endings anyways. Again another thank you to zmajuga. The A.I in this game is actually a lot smarter than you would expect but there are still times where it shows it’s weakness. The game seemed very linear and I gotta say I have no idea how to get those other 3 endings. With that said I did enjoy myself and I can’t wait to go back and explore the world a bit more to see if I missed anything the first time around.

Glad you liked it.

Finished Memories of a Vagabond. Again another Thank you to BamBam for giving me this game!

I’m a huge sucker for “RPG maker” RPGs and this is a good one. One minute its standard RPG questing then you go to turn in the quest and the mayor goes 180 on you and sells you out to the guards. Then the game gives you the option to kill the mayor or just leave to fight the guards. Pure gold, the game has a great sense of humor and a terrible story. A recommend it to anyone who enjoys old school NES/SNES JRPGs.

The game does do one very unique thing. When you die it doesn’t game over or load you back at a check point. It instead brings you to the afterlife where you can revive your allies if you have the items to do so. Then you talk to a mage and he will tell you that your body is dead but your spirit is alive. The mage then tells you he has a new body for you. You then get the option to change your class or keep the class you are. After that you wake up at the beginning of the game again but your quests and everything remain the same. 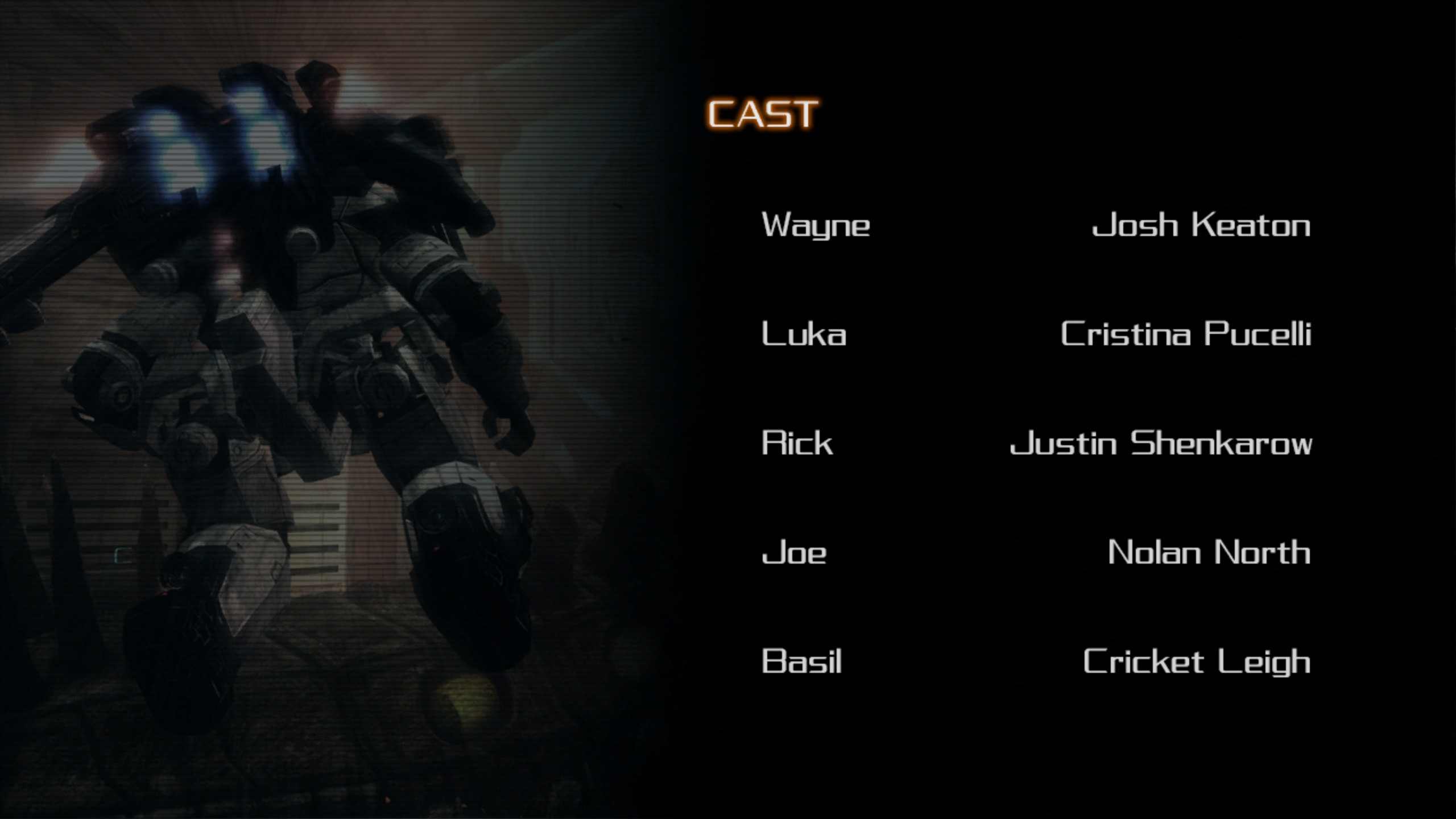 Just finished Lost Planet. A big Thank you goes to Katsuo for gifting me the game. This game was a lot of fun and nothing like Lost Planet 3 in my opinion ( I started with LP3 [weird I know]). This game was a lot of fun, just pure gaming fun. The story is confusing and the voice acting is garbage. With that said the game play is super fun and all the variety with the mechs made the game very enjoyable. My biggest complaint was the final boss. I got to the final boss at the five and a half hour mark but didn’t finish it until around the eight hour mark. I tried over and over again and even swore at my monitor a couple of times.

MyLifeForAiur My god you are better than me in Gamer Challenge thingy.

Katsuo I have two weeks off for the holidays so I’m powering through as much as I can. You’re still the champion in my eyes