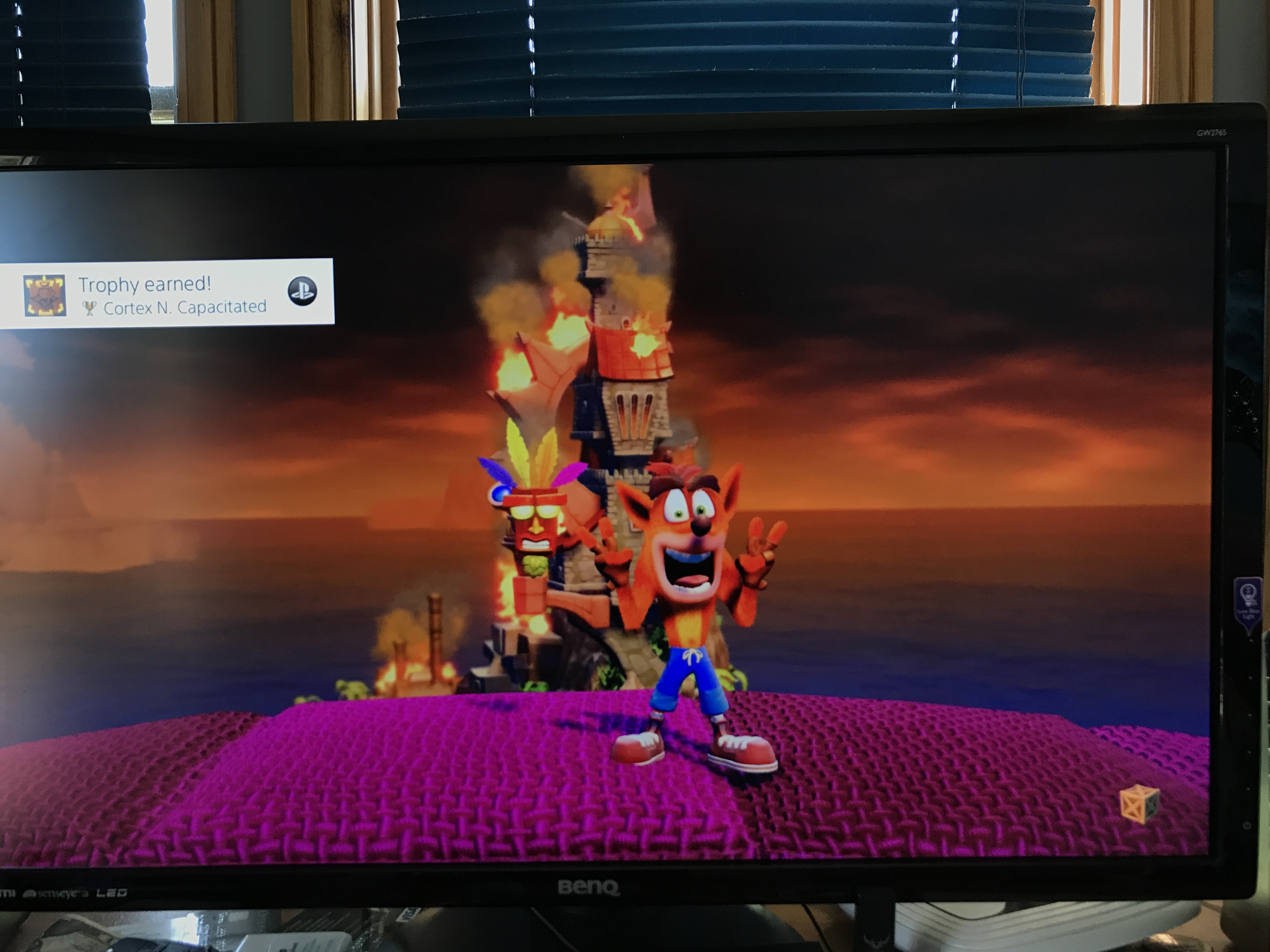 When I was younger I owned Crash Bandicoot 2, and warped. I only ever played the first few levels of the first game at a friends house. I gotta say the game goes from being very easy to becoming incredibly hard at least for me. Had just over 60 lives come slippery climb. After the level I only had 16 left. The game can be very frustrating but at the same time it was also enjoyable. Super excited to move on to the second game.

Katsuo Do you even own Crash Bash and Crash Team Racing? I loved those two games as a kid. Use to play them whenever I had friends over.

MyLifeForAiur Yup. I played them like crazy. Especially CTR. I still wish they included at least CTR into the N.Sane thing.

I even enjoyed the Crash of the Titans and similar game where you possess the beasts to do your bidding!

Katsuo Yeah CTR was my jam I played it non stop since it had a story mode and it helped for kicking peoples asses when they came over.

MyLifeForAiur It’s different but I still very much enjoyed that one and its sequel. Then there were the PS2 crash games like Twinsanity. I never got to that one…

sYnCroSis Just don’t play Skylanders or whatever it was called. Crash talks there and his voice is equal to ear rape.

Just beat Pac-Man 256. Well I mean there really isn’t an end to the game but I 100% it and maxed out all the power ups in the game so that’s beating it enough for me.

syncrosis For me there are two types of gaming I do. One is a gaming experience where I sit down and play and enjoy the game for what it is. The other is a game I can mute the music to and just listen to music while playing, this game was great for the latter. I was kind of grinding it out near the end because the power ups made it kind of hard to actually die but the first 15 hours or so were a lot of fun. It’s simple fun and had a surprising amount of depth in choosing your loadout. I enjoyed it and would say it’s definitely worth the $5 they are asking for.