I finished this thing on the PS Vita. This is a game where I’m not sure why it has so many positive reviews about it. It’s okay at best. Nice variety of cars and each car sounds pretty damn good. The feeling of speed is there and visually it doesn’t look bad. Where’s the issue? Well, the game should be renamed Need for Braking: Most crashed. The reason for that is when you are driving at the highest speed possible, the game forces you to brake by placing traffic in the most shitty way possible where you have little to no chance to avoid a crash if you didn’t already pre-emptively brake. Add the “cyberpunk 2077” way of police spawns and things get even shittier. The tracks are also kinda meh. They never give you a chance to do cool stuff like drifting and stuff like that.
Getting arrested in the game doesn’t punish you or anything. You’ll just get a cutscene that you were arrested and that’s about it. Also they, for some reason, added a cutscene for every crash that you do. That’s 5 seconds that you cannot skip and that doesn’t bring you anything. Rubber-banding in this game is way too aggressive and there is no point of driving a super fast cars because an AI with a Porsche Panamera can overtake your Bugatti Veyron at 340km/h like nothing. Overall, if you got the game for free or for like 10 bucks or so, I would say it is worth. It’s still fun but nowhere near as fun as the new NFS Heat or the older ones like Underground, MW1 or even Carbon. 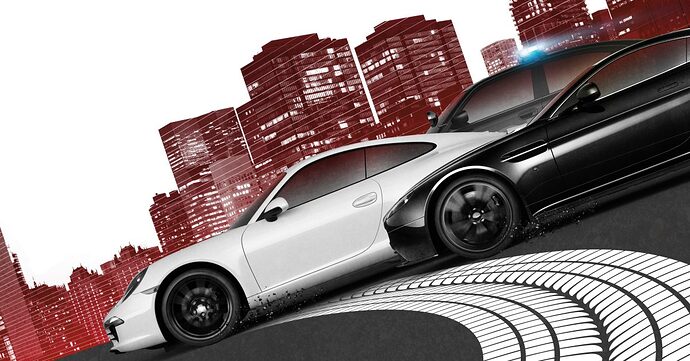 Need for Speed Most Wanted

“MW1” made me imagine a cod racing game.

Captain Price drifting in his BMW M3 Coupe like a gangsta