So a local PC shop/system builder computerlounge held an interesting event this Saturday.

They called it the CL Fantastic Fan Day. As high end system builders they normally pull out the stock fans from chassis’s & upgrade them to better or LED lit or appropriate to the radiator being fitted etc. As such they had a fuck-load of these unused stock fans sitting around. So they put them up for grabs. Each fan cost a gold coin (our $1 or $2) with all money received going to charities as nominated by a poll. There was a limit of 5/person so I paid my $10 ( about the cost of a 6-pack of cheap beer) and grabbed these(sorry about the quality): 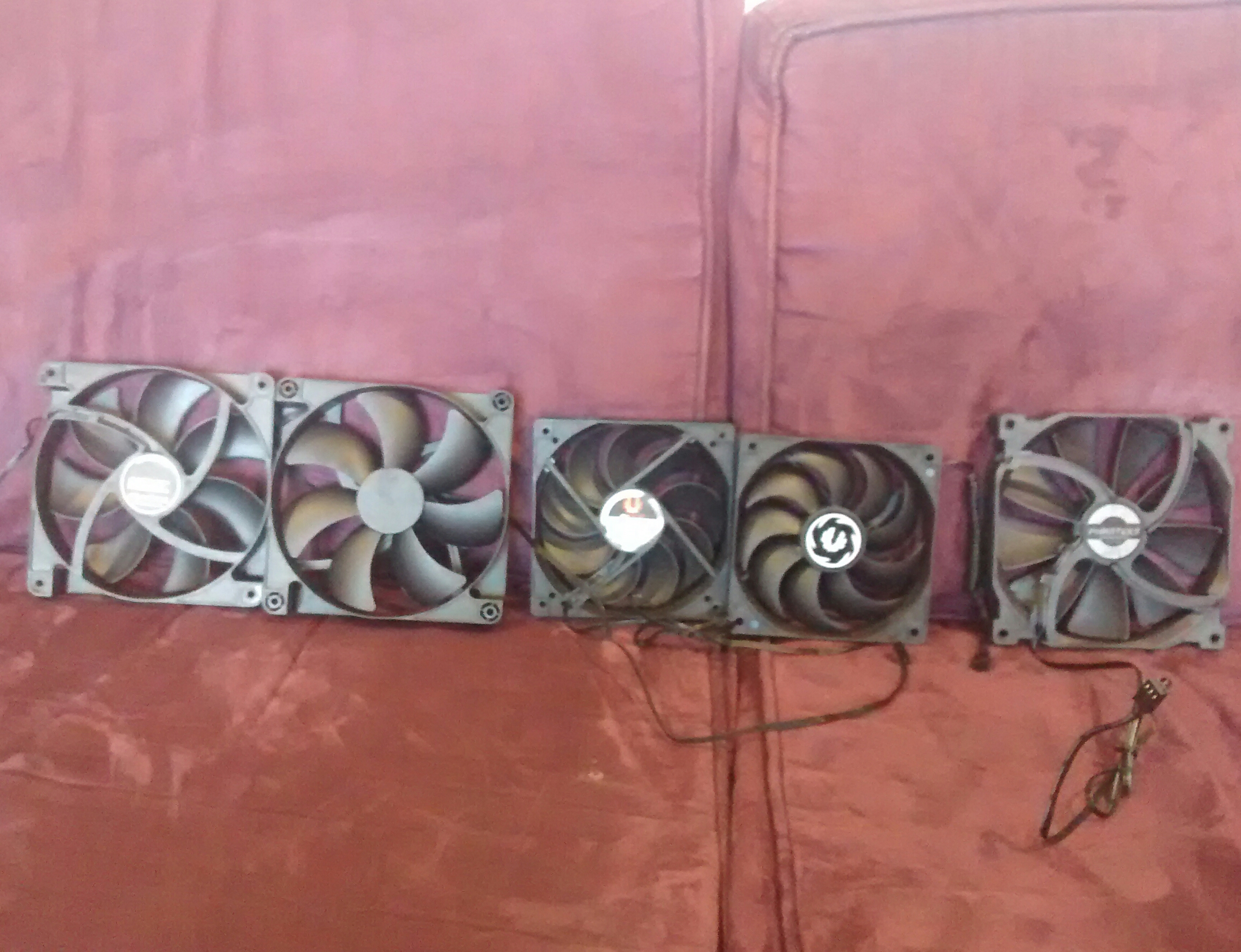 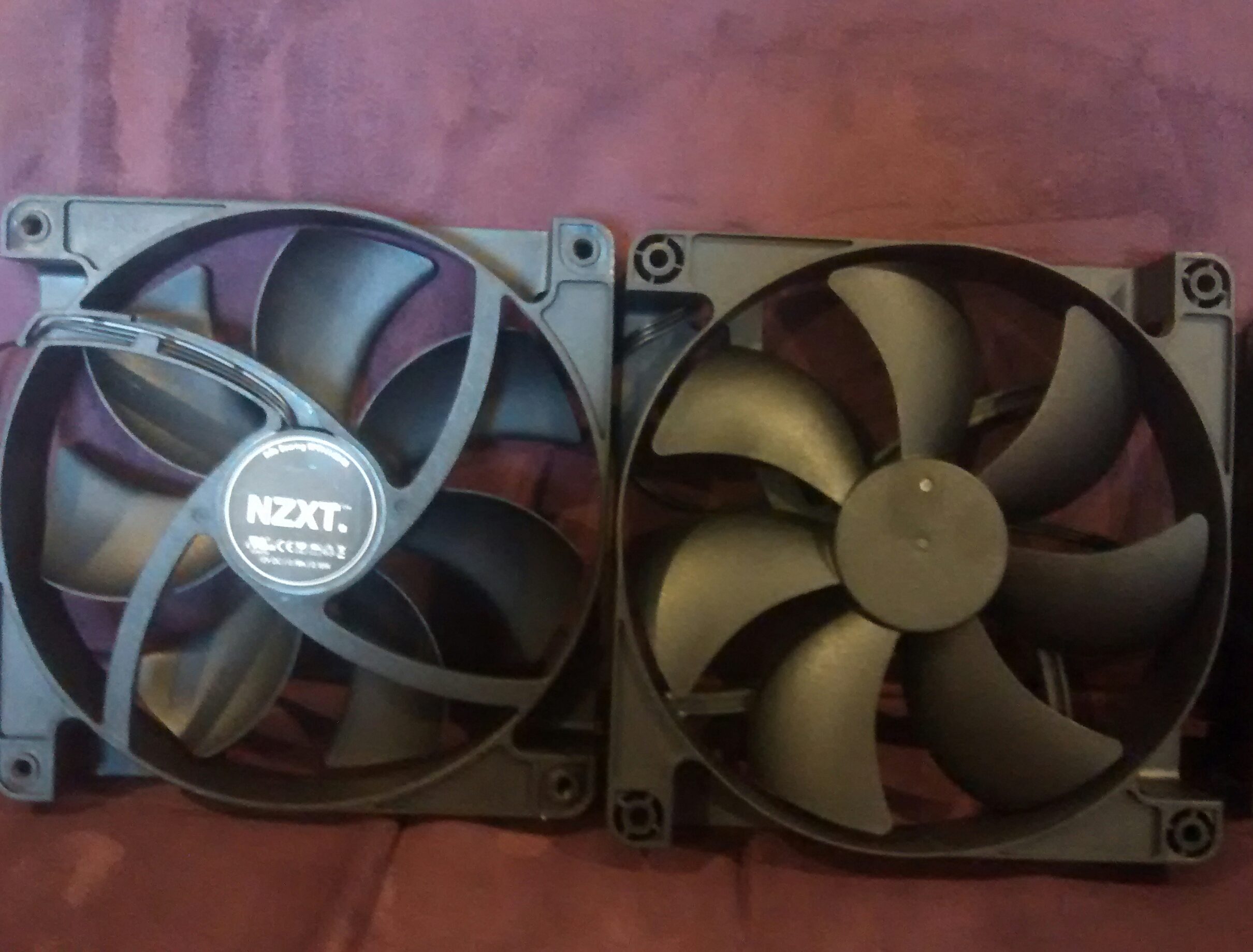 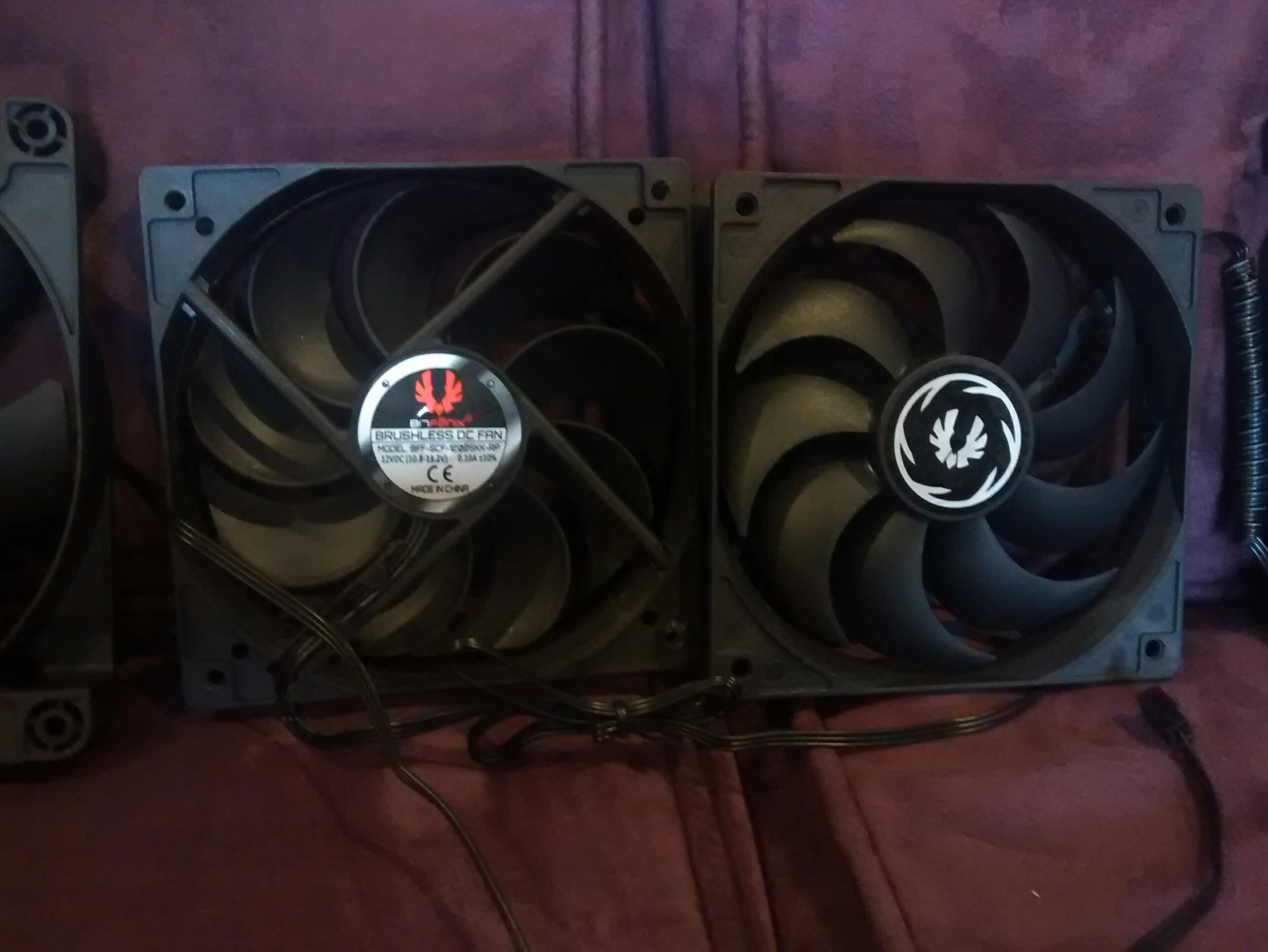 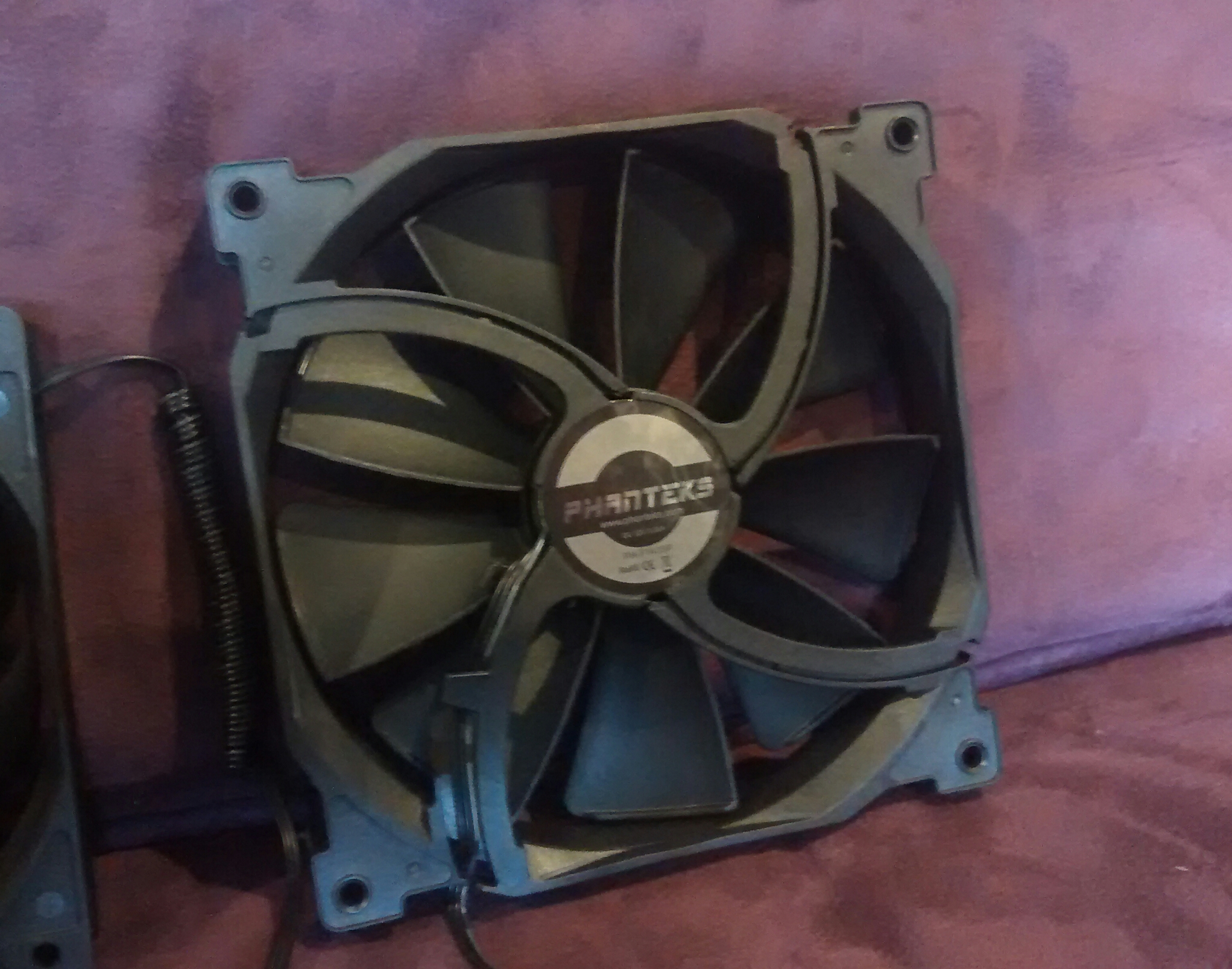 so 2 x NZXT 140mm fans, 2 x BitFenix 120mm fans and a Phanteks 140mm fan. I have uses for a couple of these but the rest I will keep as spares, as there’s nothing as annoying as when your fan starts being the noisiest part of your system, or when you buy a new chassis & there’s not enough cooling.

Have any of your local stores anything similar?

No shops in my area.

Damn wish we had shops selling that in my area when I had money lol.

New fans are the best. I upgraded most of mine in my system to much quieter ones that can still push more air. Made a huge difference for me.

Solid score right there! I need a new fan to because the windows anniversary update broke mine (That’s what I’m going with anyways). I was in the middle of installing the update when my fan made a grinding noise then just stopped spinning.

Nothing like some new fans, or new anything really :d enjoy!

Soon as I get my GPU siduated im either replacing my AIO with a Frostbyte 120mm or new fans & a fan controller… hopefully in December.