I am planning to buy a wheel and pedals for my racing games. Spent days to select the best one, but I am always finding myself with the Thrustmaster T150 Force Feedback. Anyone have this setup? What do you think? Or any other great recommendation within this price range?
And maybe I can use it when my friend is coming over with his PS4 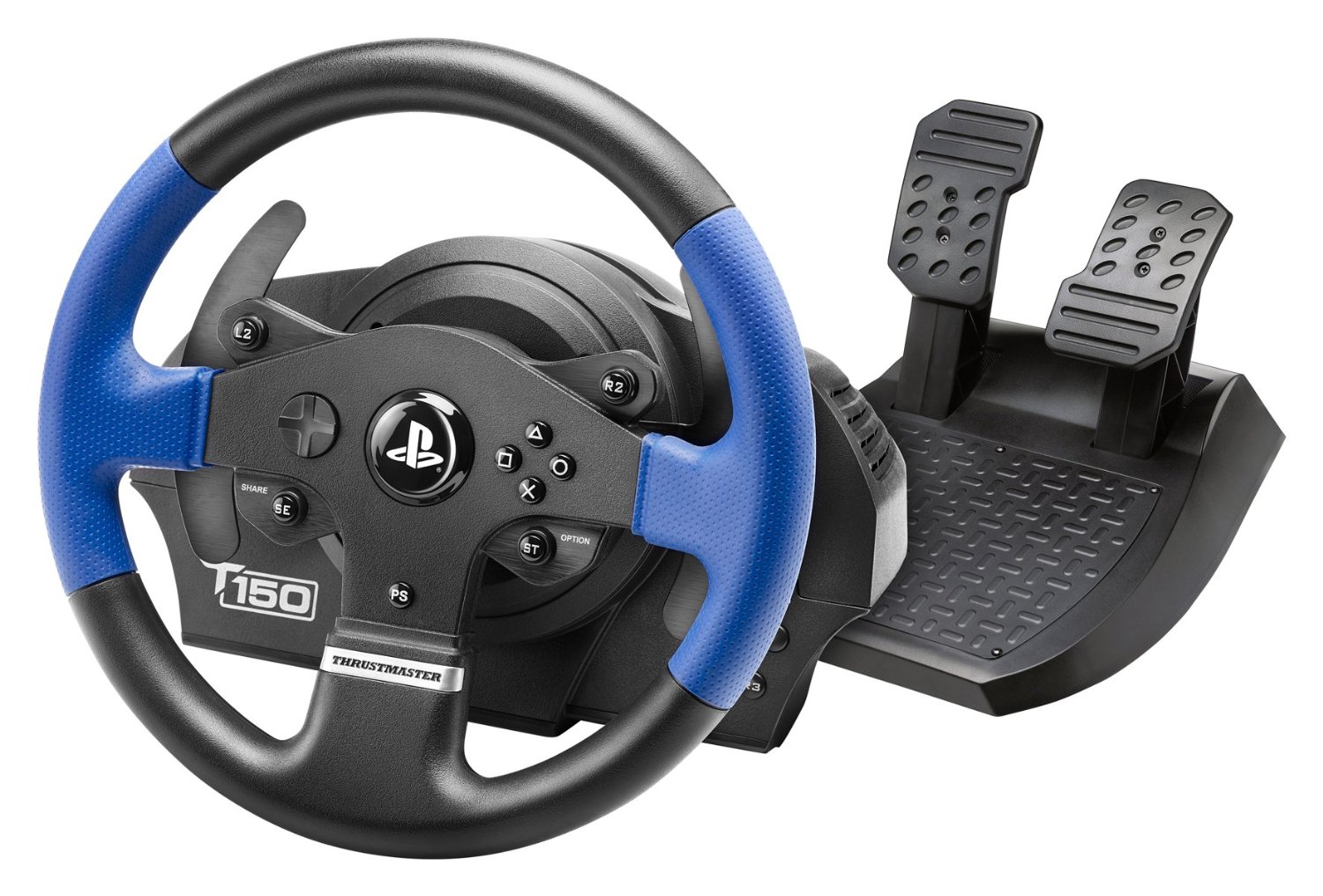 I took FOREVER to make my wheel decision haha. Back a year ago when I got my Logitech G27 it was the last time it went on sale on Amazon for $199 USD and right before Logitech stopped shipping it. I got lucky! Now they go used on eBay for more than I paid for it new on Amazon! And that’s with the added risk of it being secondhand. It was always the most “complete” (pedals/clutch/shifter/FFB/etc), “cheap”, “entry level” wheel though. But its too hard to find new or for cheap nowadays. So that leaves the T150 as pretty much the only entry level wheel with real force feedback on the market. The t150 uses a hybrid pulley/gear system for force feedback that is suppose to be better than the Logitechs that use just gears. But the build quality is supposedly cheap and light (worse pedals, cheaper plastic). But I don’t think you plan on dropping it from a two-story building or hitting it with a hammer haha.

Don’t let anybody ever tell you that you HAVE to have an expensive setup. Sim racing is one of those hobbies that people like to spend more money on than actually playing. Sure there is some cool and much much better quality stuff out there but I have fun with entry level just fine. People literally spend thousands to drive imaginary cars, it can get silly. If you just want to feel actual force feedback and use a wheel and pedals. I gotta imagine the t150 does the job. I know my G27 does. There is a learning curve though, and I’m not just talking driving. If you put the time in to learn about wheel software settings as well as ingame setting you can really dial each game in to how you specifically want it to feel. Plenty of games will just “plug n play” with many wheels but its worth the the effort to find out what you like.

I like my Logitech G27 though I have not used it as much as I had hoped, I have been spending all my money and free time on outdoors stuff.

Sir_diealot You could always donate it to me.

schlitty The G27 in Hungary is still almost double the t150

It looked amazing and it has 3 pedals. Not necessary for me, I am going to use this mainly for F1 games…and sometimes Dirt Rally and Forza

I am a newbie with this hardware, if I mastered this, maybe i invest more into this hobby

For now i think the t150 is ok,. A bit moire expensive than I planned to spend, but hell, I want it for years

Sir_diealot You could always donate it to me.

Ah, the world needs more dreamers like you. Tea pot is whistling.

ButtStallion Are all the Thrustmaster PS4 wheels usable on PC? I can’t seem to find a decent amount of information on them anywhere. The cheaper ones seem to crop up on sale every now and again & some friends are in the market for wheel sets but I can never see any reference to them being PC usable (beyond the USB connection), or if they are how responsive they are.

Sgt_T8ie The T150 is compatible with PC, PS3 and PS4. The F1 games are even supporting it, so no need to do the key mapping, sensitivity etc.