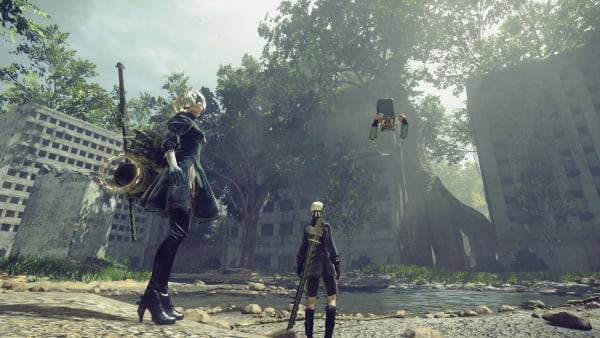 NieR: Automata coming to PC via Steam in early 2017 - Gematsu

NieR: Automata will launch for PC via Steam alongside the previously announced PlayStation 4 version in early 2017, Square Enix announced at Gamescom 2016. The game tells the story of androids 2B, 9S…

Looks interesting. I will have to keep my eyes out for it.

teh_g Have you played the first Nier?

Katsuo Didn’t even know it was a thing. Am I missing out?

teh_g Of course it was a thing. The first Nier was released in 2010 for PS3 and X360 and it was amazing. Hack and Slash RPG with a really nice story. It kinda reminds of Drakengard 3, if you have played it. Also, if you haven’t, play all the Drakengard games as well. These games are the reason I really miss my PS3. :’(