Looking for a completely silent PC? Noctua has you covered with their new NH-P1! 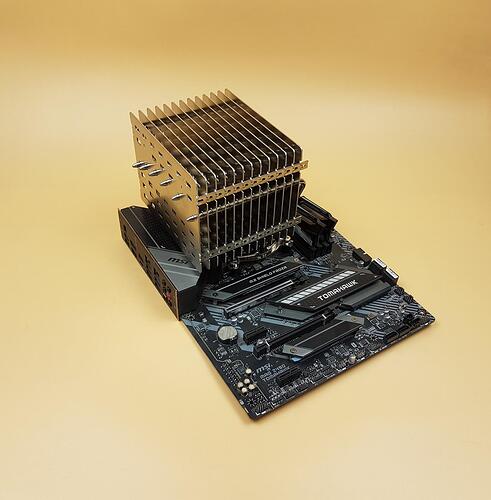 The NH-P1 is a passive cooler designed to give you the best in silent cooling. While it can be used with a fan, it's not the intended purpose

Passive cooling is interesting. It would be cool (pun intended) to see your testing graphs compare it to other popular coolers you’ve reviewed.

Noctua asked to keep comparisons at a minimum as while it does come with a fan mount, it really is designed for passive/silent cooling. While not included in the graphs, I have tested it personally against a NH-D15S and on average the D15S was 3-4c cooler against the NH-P1 when both coolers had a single fan attached. The D15S is also a bit cheaper so if you’re looking to have a cooler with a fan, would definitely be the way to go.

Seems like a decent choice for a home recording studio.

Yeah, bit of a niche market but if you need complete silence from your rig, definitely looks like this could be the way to go.