Nvidia or AMD: Who makes the best budget graphics card? 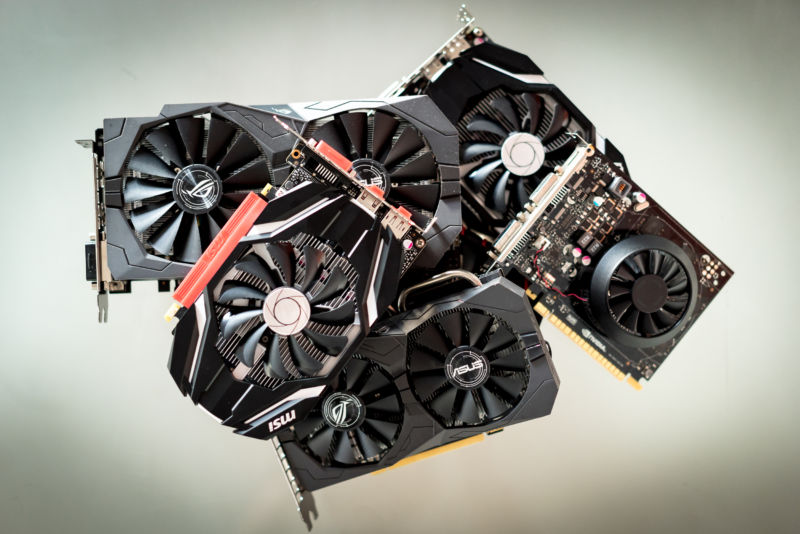 What constitutes a “budget” graphics card? I’d argue that it’s anything that costs less than £250/$250. Although—as evidenced by the, uhh, constructive feedback on the Nvidia GTX 1060 and AMD RX 480 reviews—not everyone agrees. Fortunately, both AMD and Nvidia have updated their range of sub-£250 graphics cards in recent months, with their more efficient Polaris and Pascal architectures promising better performance without the need for extravagant cooling and power requirements. The cheapest card of the lot, AMD’s RX 460, costs a mere £112/$110.

At this end of the market, where the cheapest cards don’t even require an external power connector to function, the target is good quality 1080p gaming above 30FPS, or high frame rates for e-sports players at 720p. These are those modest goals that all the graphics cards on test hit, but what’s surprising is just how much performance you get for such a small outlay. No, the RX 470, RX 460, GTX 1050 Ti, and GTX 1050 won’t blow your socks off in the same way a GTX 1080 will, but they are all excellent, affordable cards that fill a niche and price point.

The question is, which of these budget wonders offers the most bang for your buck?
Baby Polaris and Pascal

The RX 460 uses the much smaller Polaris 11 GPU, which is also used in many of AMD’s laptop graphics cards. It doesn’t require 6-pin PCIe power, making it a good upgrade for off-the-shelf systems from the likes of Dell and HP. As such, there’s a big gap in specs between the RX 460 and the RX 470. Aside from the obvious reduction in CUs, the memory bus is halved to 128-bits with a 7000MHz clock speed, resulting in just 112GB/s of bandwidth (2GB or 4GB versions are available). That’s not a huge problem given the smaller GPU, but games with larger textures that need to be shuffled in and out of memory will suffer.

Budget? AMD
High-end? Nvidia
If I would choose a great mid range budget gpu, I would want a rx 480 because it is better in dx12 sometimes. And cheaper. But an AMD fan can tell you another 50 reasons to buy it.

To be honest I’ve been running like this:
AMD = best bang for buck
NVidia = best bang per Watt.

AMD drivers are no longer their weakness - meanwhile there does seem to be some NVidia issues.
DX12 is the Achilles Heel of NVidia, but it isn’t a killer because even though it separates the RX480 from the GTX 1060, the GTX 1070 & 1080 still kill anything AMD can currently put up against them. IF the RX490 produces GTX1080 levels of performance under DX12 for the price of a 1070, then they have a winner.

Sgt_T8ie said in Nvidia or AMD: Who makes the best budget graphics card?:

DX12 is the Achilles Heel of NVidia, but it isn’t a killer because even though it separates the RX480 from the GTX 1060.

You really should read this. 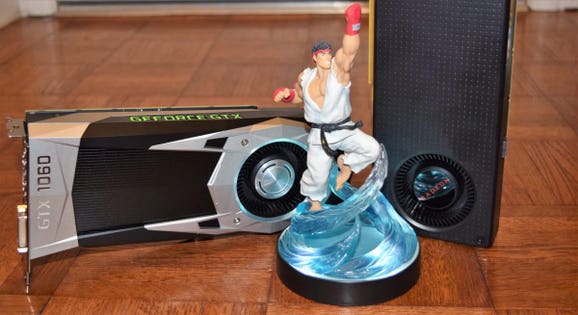 Does the GeForce GTX 1060 live up to Nvidia's promises?

Ub6 Thanks for the link. I think though the RX480 has made further improvements on the GTX 1060 since that article? Also until DX12 becomes the dominant API NVidia will remain able to use that pure power to stay at the top of the leaderboard. I believe they need a new architecture to improve on their DX12 performance.

Also - amusing that the writer is now an AMD spokesperson; I always enjoyed Evangelho’s articles & reviews.

the biggest issue for me here are UK prices versus the rest of world prices, because of Brexit this isn´t so representative anymore.

Also if Nvidia is the Bang for Watt, then after 1 or 2 years, both cards cost roughly the same

MeFFFlenn said in Nvidia or AMD: Who makes the best budget graphics card?:

the biggest issue for me here are UK prices versus the rest of world prices, because of Brexit this isn´t so representative anymore.

Also if Nvidia is the Bang for Watt, then after 1 or 2 years, both cards cost roughly the same

That’s a very good way of looking at it, but I’d say across the lifetime of the card rather than that soon. Also I had been looking at it as AMD gets you initially into the game well, but if you’ve built a great base & need to upgrade your GPU only NVidia will provide the higher level for your PSU(thinking of builds with 400-600W PSUs).