Some screenshots for this one are a must. The epitome of eye-candy! All my screenshots are on all low settings too. Plus you know, Steam overlay downgrade quality. Despite all this, it still looks stunning. Original Steam review can be seen here. 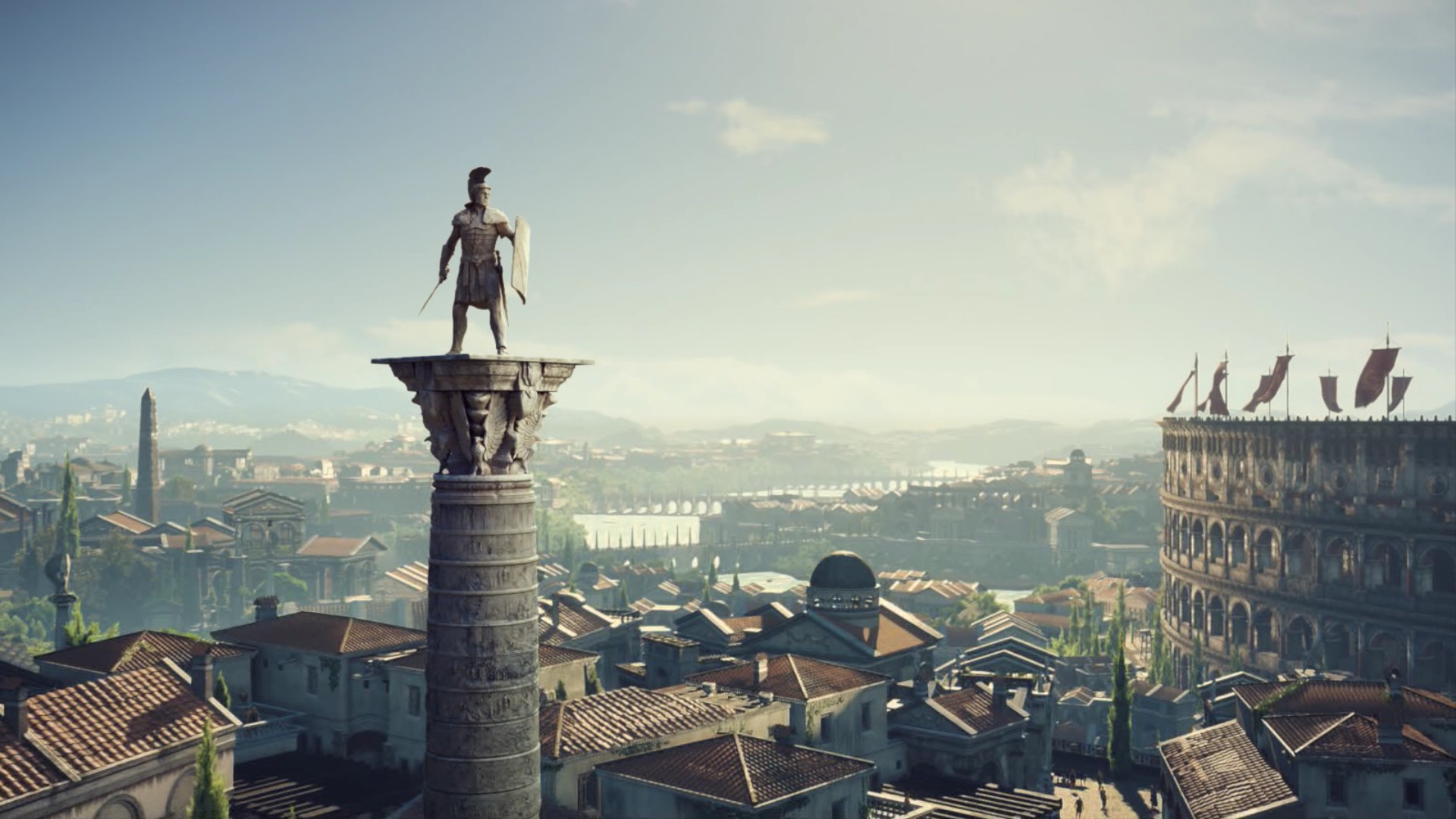 A short beautiful and cinematic eye pleaser that fails to deliver in just about every other way.

There’s a lot of things I didn’t like about this game but when it boils down to it, I enjoyed the presentation enough to overlook it’s many pitfalls. This is a mini-series more than it is a game. Every level is a perfectly constructed stage. Every piece of action and each event is designed to keep pushing you forward at great pace. Every time the camera is out of your control whether in game or in cutscenes the directing and cinematography is perfectly framed. The actors, both digital and vocal, are amazing. The audio aspects are top notch. All of this keeps you engaged to the end. But you’re stuck playing entirely on someone else’s terms. You’re merely a pawn of the video games Gods in this one. 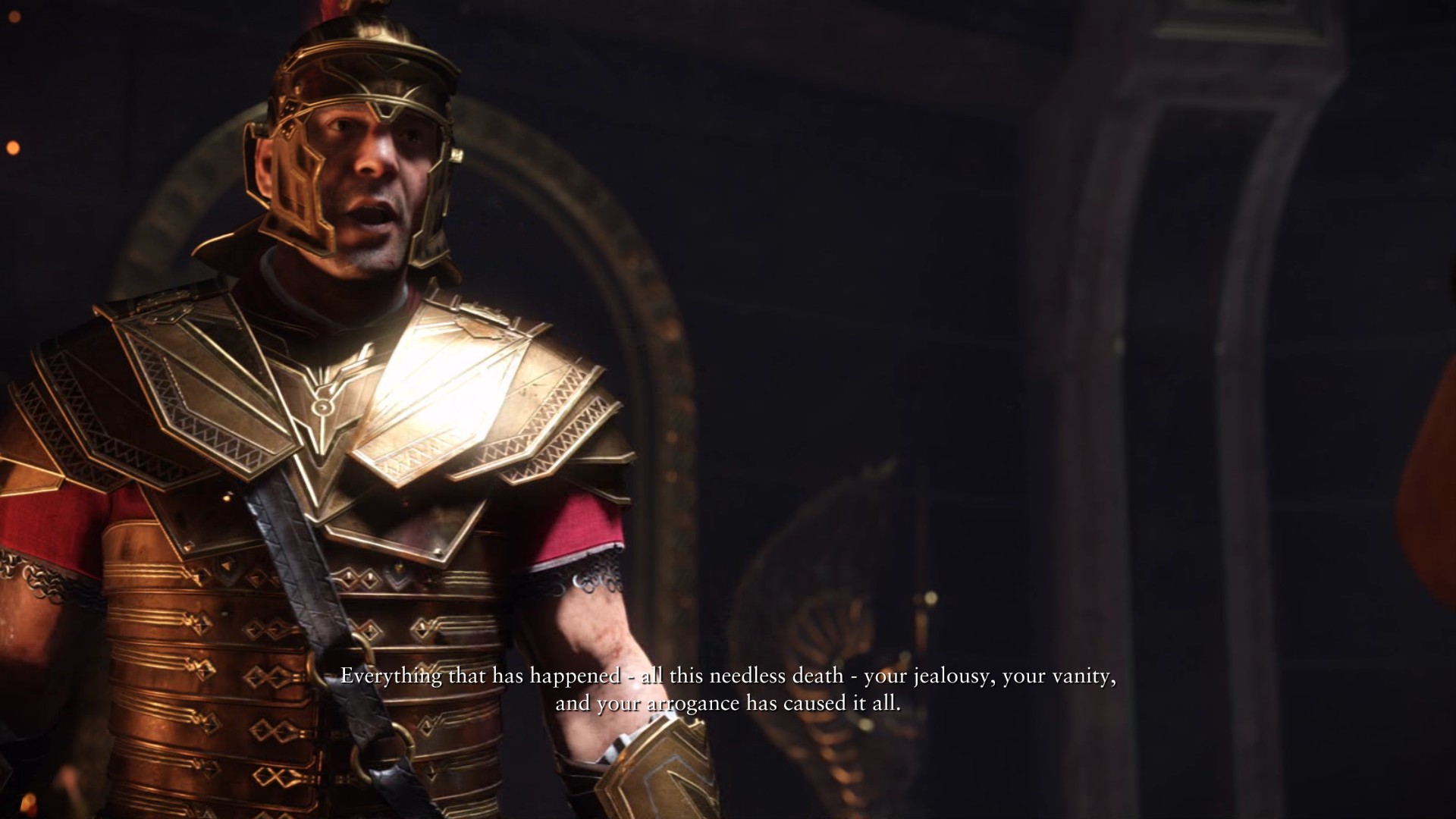 The pace of the game was superb. Beyond the atrociously bad and repetitive boss fights you never had time to breathe. That only had one drawback because unlike other games in a similar vein you never felt encouraged to just take it all in. The environments and levels are meticulously filled with beauty but save for some very few dull collectibles you have no desire to ever just admire and explore your surroundings. You’re splashing headlong down an ever tightening funnel. Which is well and good as the pace builds adrenaline.

Adrenaline that you instantly dump upon getting into a battle. I can’t imagine anything but using a controller on this one but combat basically amounts to the dreadful “timed button mashing”. No combos, no skill required, no nuance. Just timing and patience. Dull dull patience. The only glimpses of satisfaction are quick-time event finishers… That get old fast. But those finishers are used to replenish health, or earn extra focus/damage/XP. So you have to do them like the pawn you are. Endlessly. I’d say I spent, conservatively guesstimating, at least thirty minutes of my 5.5hr playtime watching finishers. Gruesome and awesome finishers admittedly, but again, they got old. You can count the ultra-basic standard enemy types on one hand. And that same count is the amount of models you’re presented with. No gear or clothes change ups, just endless barbarian clones for slaughter. The fat ones all have shields, the tall ones all have the same fur cloak, etc. Then the bosses… Oh the bosses. They’re just drawn out versions of the standard hordes. But you can’t be offensive. You just have to wait your turn to strike. Repeat with a block or dodge until your number is called, then strike. Only on their terms. Circle around and hit em from behind? Nope, they will have none of that! Afterall, you are but a pawn. 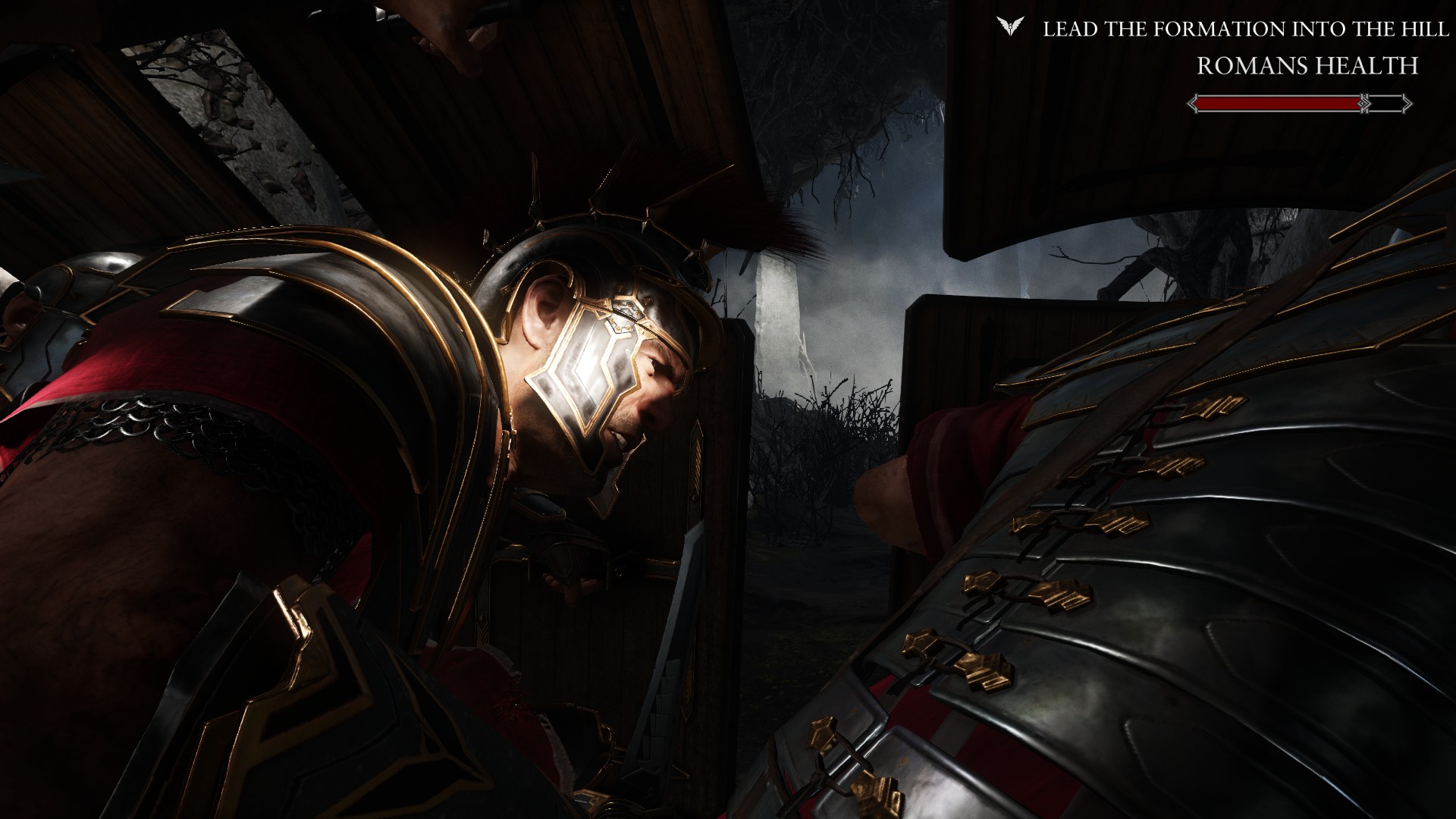 The story itself is average but engaging. With how much you have to turn your brain off for the combat anything more from the story would of made this more of a heartbreaking missed opportunity. So I was satisfied with the story. Especially with the very fitting ending. It was beyond appropriate for this game experience. But while the story serves as the force that keeps pushing the pace, its the visual experience that is all that you’re after here. In any other aspect you have to keep your expectations reeled in tight. I enjoyed the parts where I was along for the ride, and trudged through the bad gameplay to get to the next part of the ride. I do definitely wish the gameplay was more than it was.

I didn’t like the menus, there’s a technical complaint or two with how it ran on my toaster, I didn’t even try keyboard and mouse, nor did I try multiplayer, and I’m sure something else is escaping me as well. And my recommendation is only if it is on sale for < $4.99USD or bundled. But. I do recommend it simply for the direction or cinematography or whatever you want to call it. 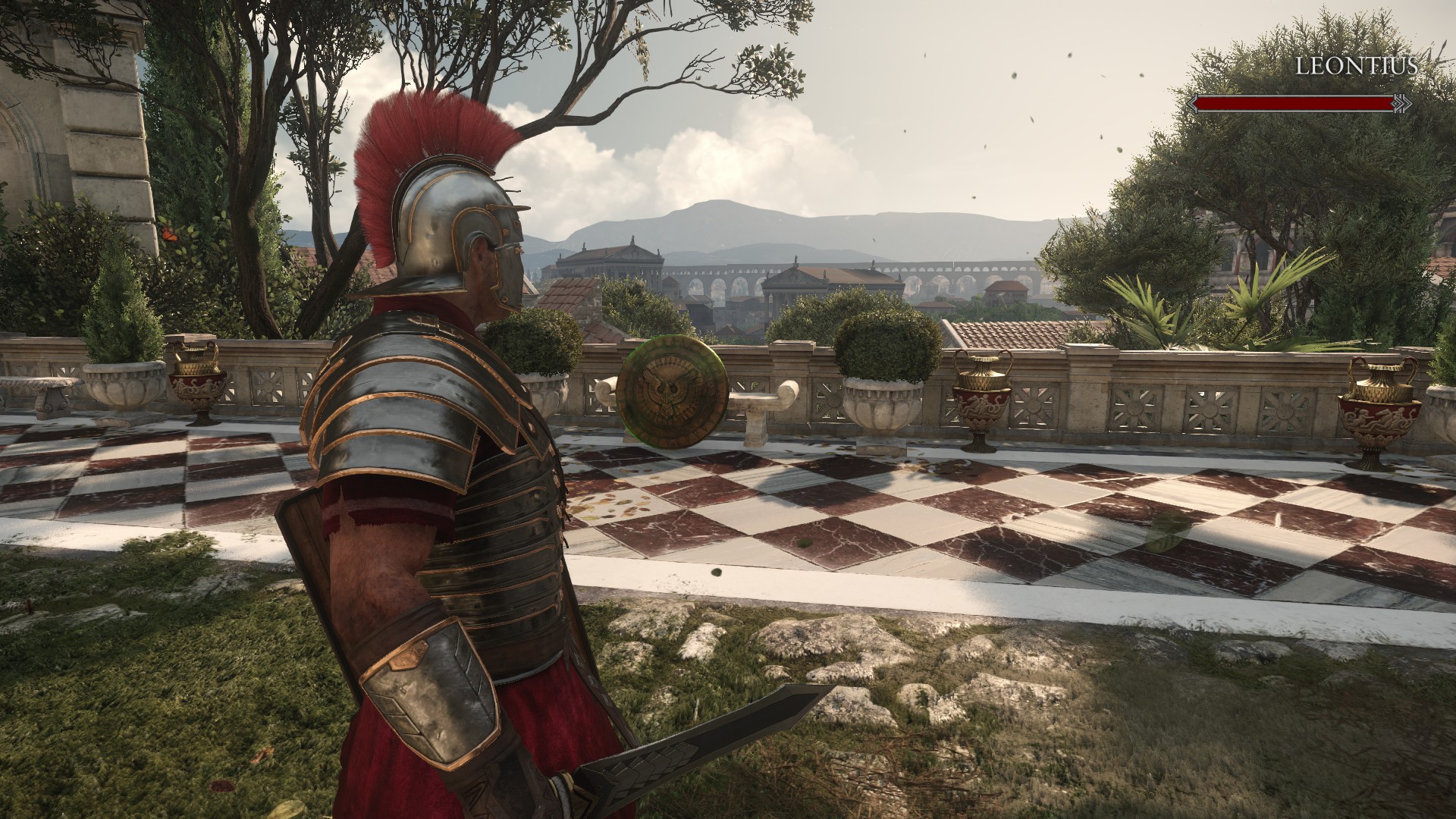 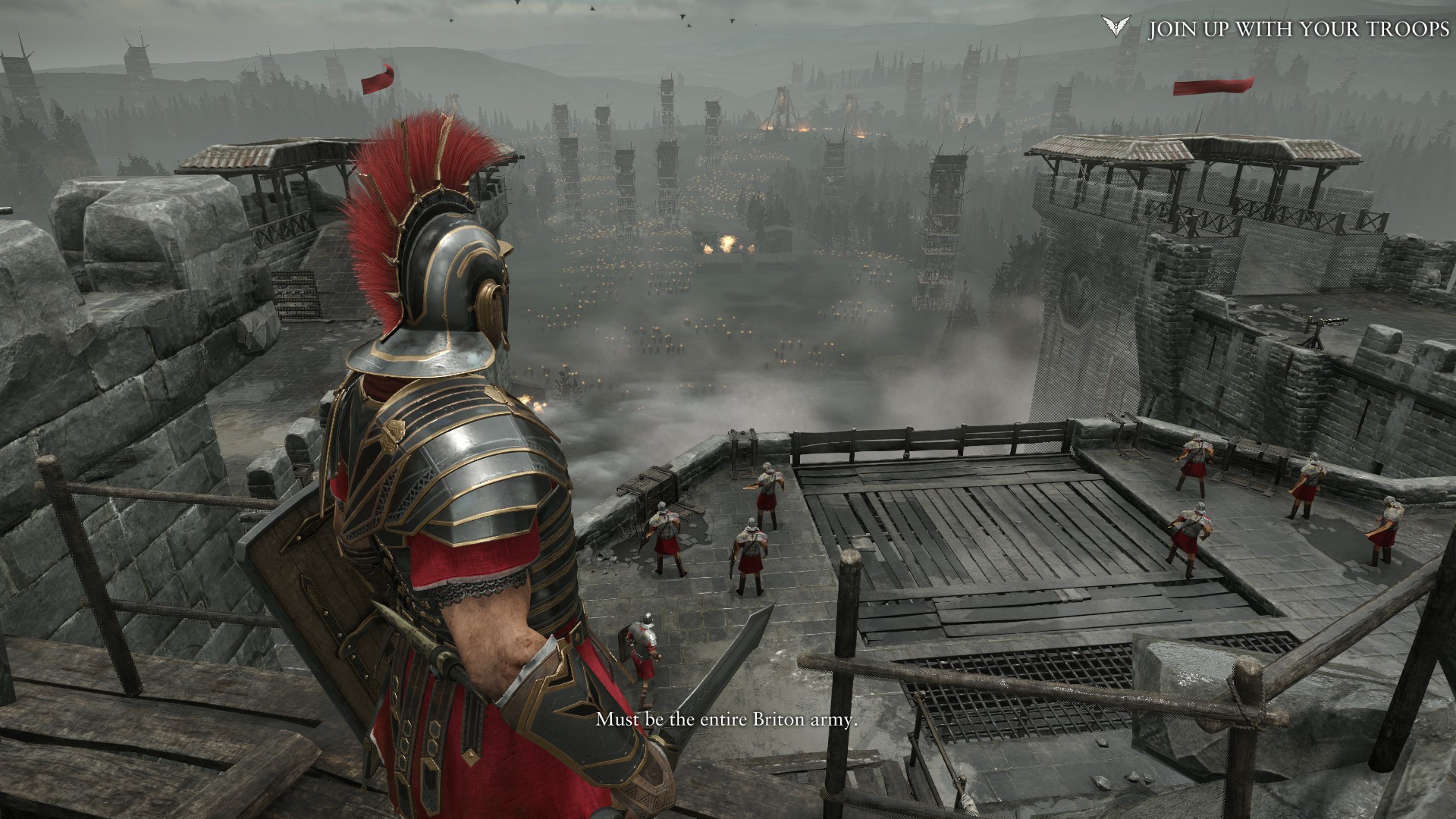 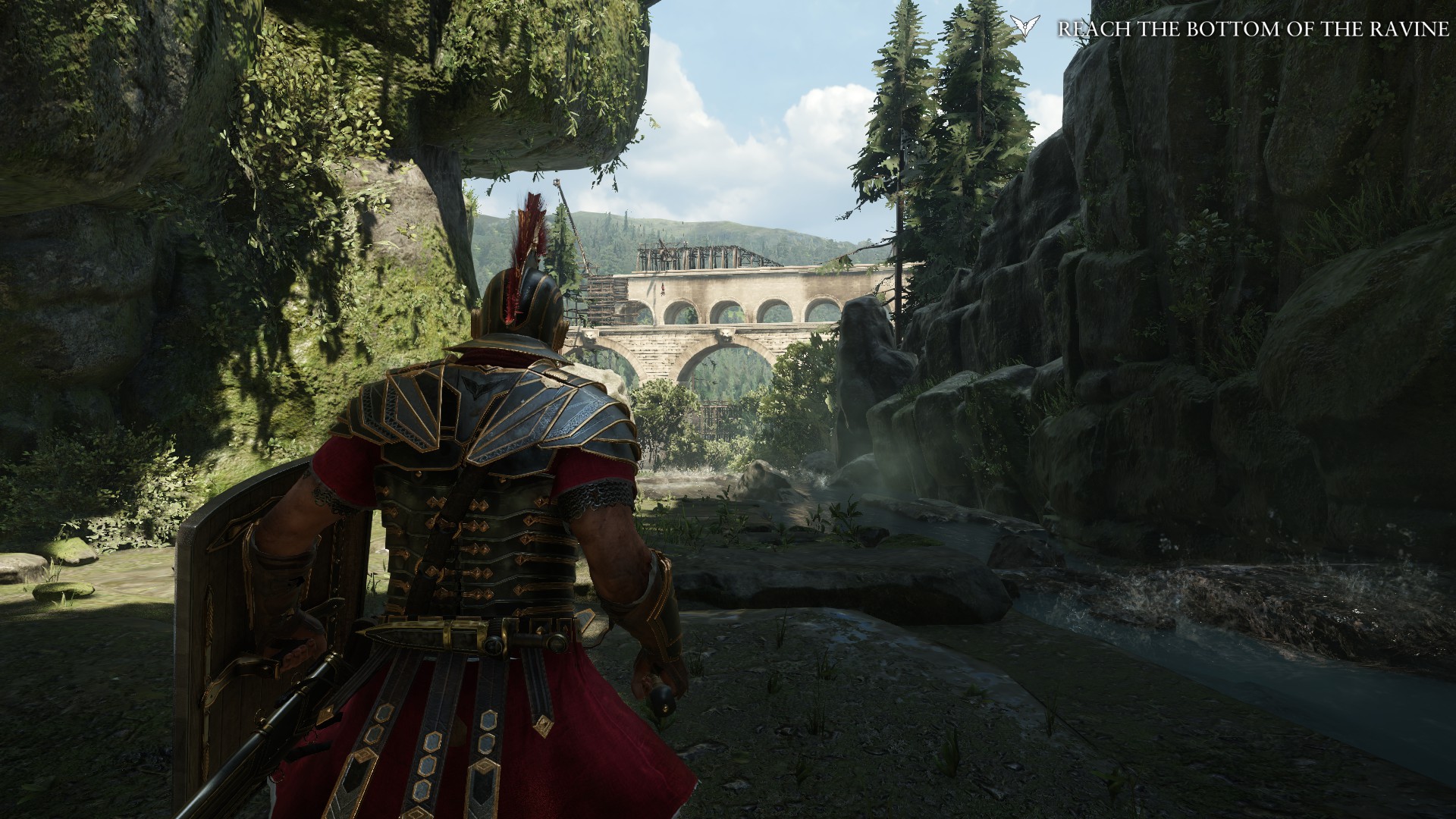 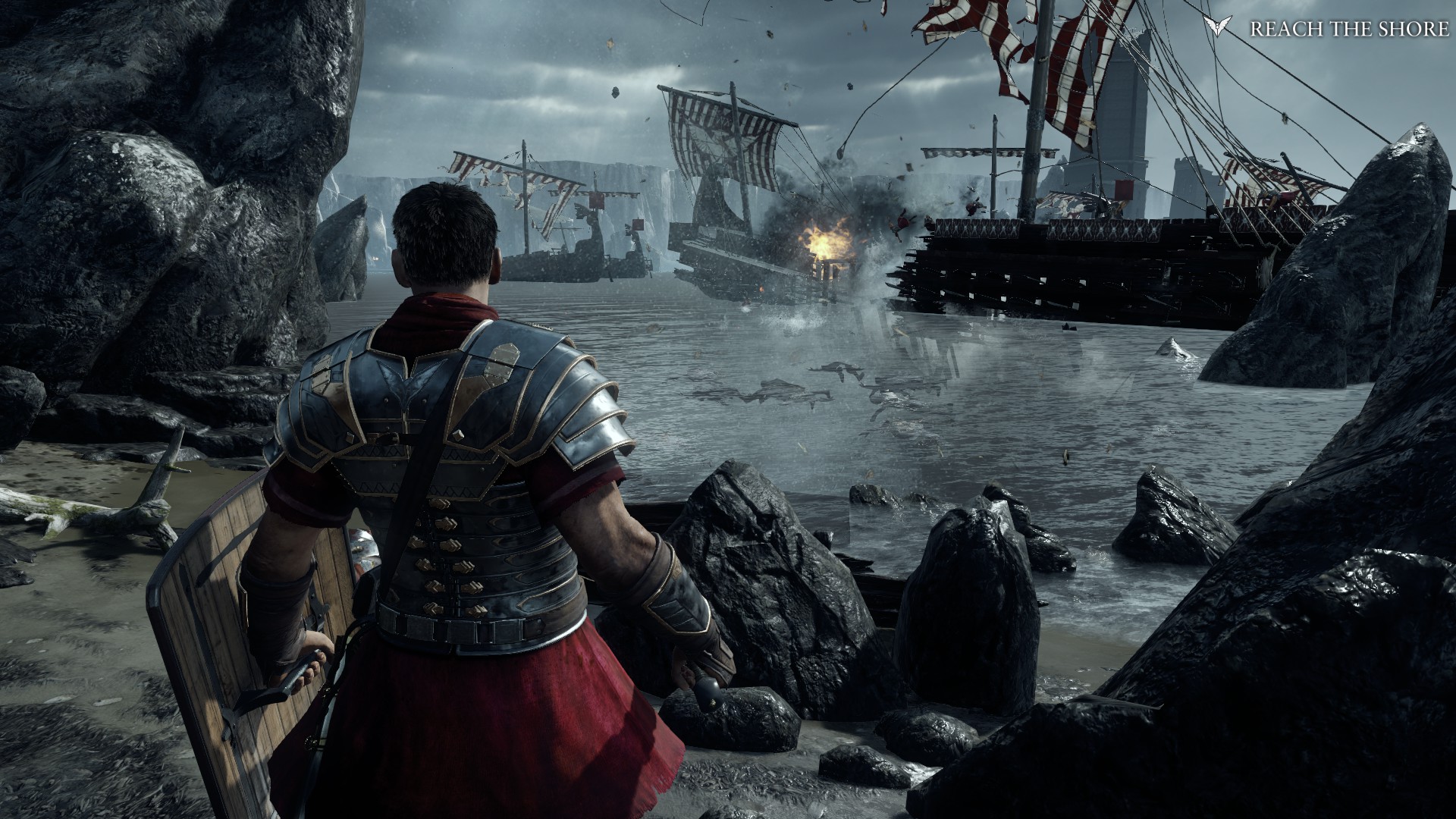 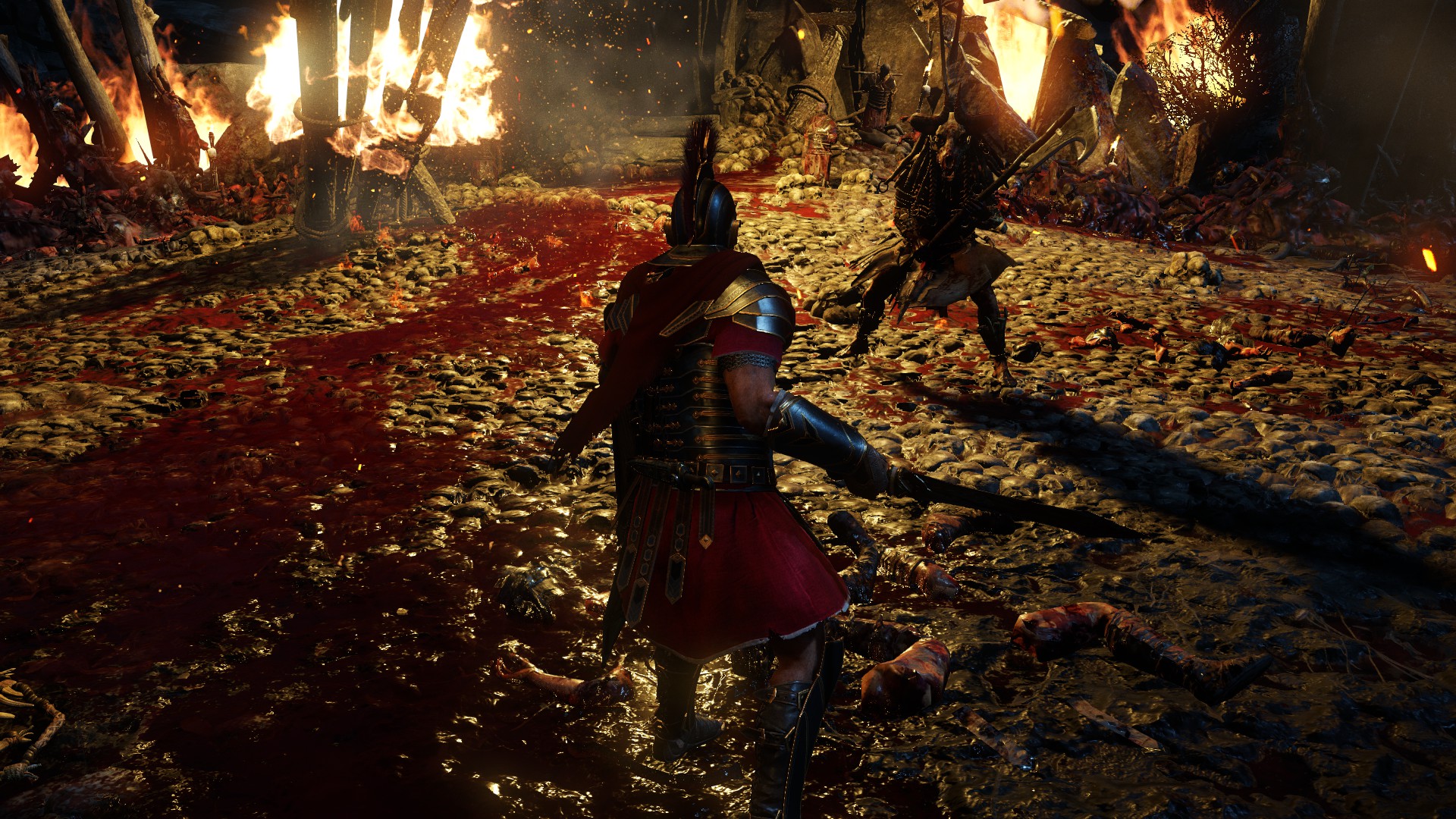 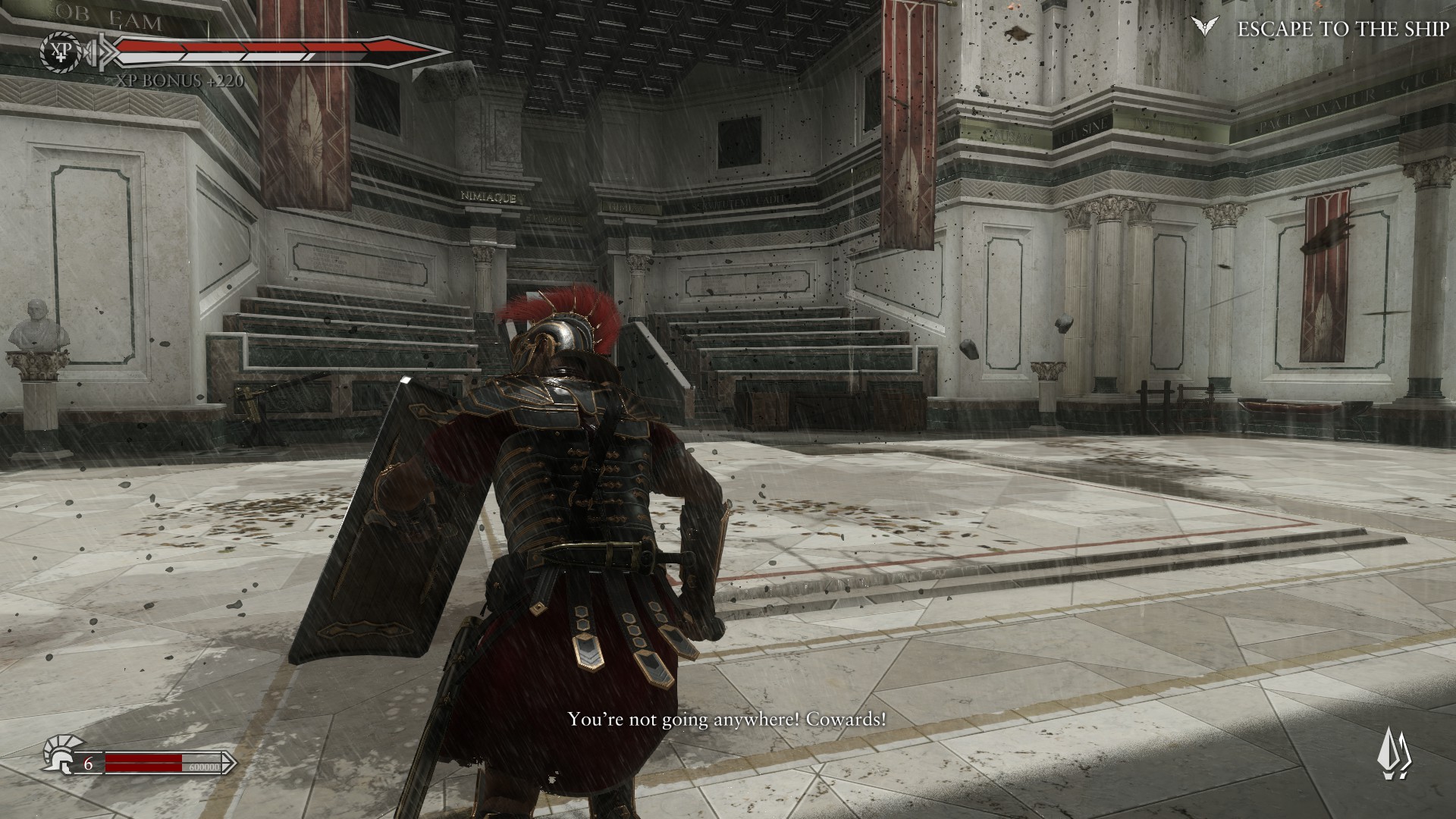 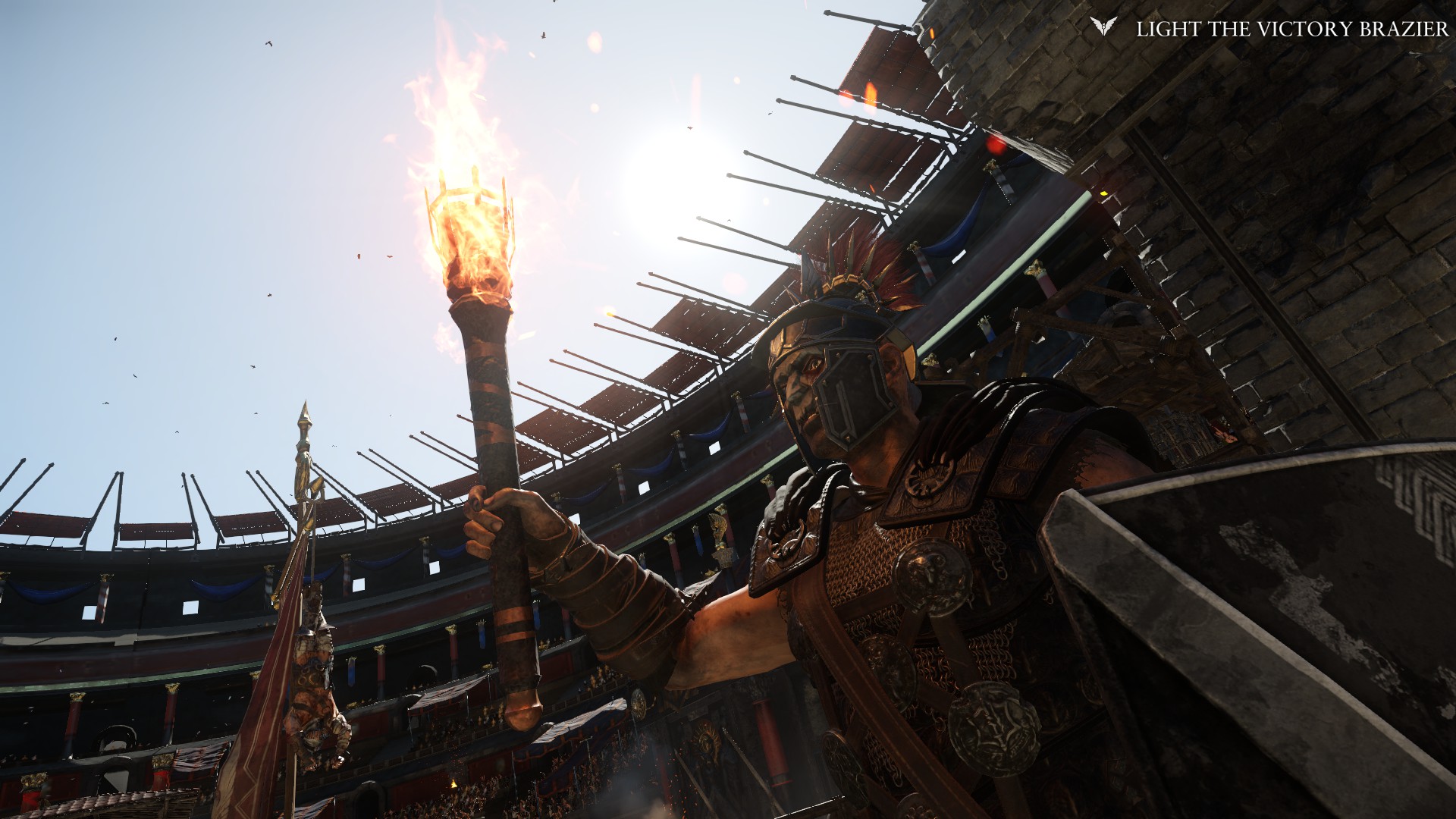 Other Schlitty reviews; Hand of Fate, Her Story, Odallus: The Dark Call

Really good review! Arsononion terrorized me with the game and I guess I should buy the game when it comes to sale.

I played it on mouse and keyboard and other than a somewhat weak story line I rather enjoyed the game.

schlitty another great review! Thanks for sharing.

Katsuo Get it so we can do some CO-OP XD