Awful. Mindless AI that follow the same line and stop on the same spot. Bro dude war-is-cool corny dialogue. Couple attempts at “cinematic” moments/situations that I could appreciate and barely made it feel like it deserved the name of MoH. But overall not worth considering part of the series. Glad they called it quits if this is the way it was going to go.

Played through the “Journey” mode in VR via my 1$ Game Pass for PC trial. Pretty darn rad. Will definitively actually buy this on PC or PS5 down the road whenever I decide which direction I go with my next VR setup.

Post nuclear war walkin’ sim from a small Russian team. I played their game 35mm before as a freebie so decided to try this one. Their stuff is always rough but good style. They always get that gloomy “The Road” vibe down.

Gameplay felt horrible. Like a run down Angry Birds or something. But this is a group of amazing artists. The vibe they got out of the game is great. I wouldn’t recommend it really, but I also wishlisted their next game. So

Original GameBoy game. Played it on my “Chinaboy” (Miyoo Mini). Had played puzzle games prior that use nonogram ideas, but never knew they were a thing. It was a fun game to play on the shitter or standing in a line or whatever. 25~30 hours of puzzles. Can’t complain there!

Played through this on PS5. Quantic Dream have really come a long way since Heavy Rain (which I cult loved at the time). I had great fun role playing each of the three characters how I wanted. Sure there are some railroaded moments, but the branches from scene to scene and overall endings was pretty darn good. I had great fun. I’m from Michigan and they did a good job of making it look like Detroit, so that was a nice little touch.

Was on PS+. I played the original but didn’t remember a ton. But it looks and plays good. My first ever platinum trophy. Had to unlock everything so my tiny nephew can just jump around to whatever level they feel like dying on 1000 times when he’s over here.

If i remember correctly, I played only Pacific Assault MoH or whatever it’s called. It was fun and good. Which Medal of Honor is that thing you’ve played? First one, reboot?

Medal of Honor Allied Assault and the two expansions are games I revisit as often as Half Life. Top 5 FPS game for me.

A second beating of a game doesn’t count. Waste of a thread unless you’ve found previously undiscovered content…and even then it’s just a side post.

Huh? All three listed I beat for the first time.

Edit: I thought katboy was asking which MoH I like since I trashed 2010. That’s why I posted about MoH:AA. Either way, if I replayed MoH:AA tomorrow, I’d add it to the list lol.

I think we should all talk Spanish so we can all understand each other better. I’m gonna start.

Also I’m drunk, when I read what I wrote… it doesn’t make sense… undiscovered.

Well then on that note, I was putting my handheld through the ringer today testing the buttons out and beat (NES) Tetris on B-Type 9-5 like a bazillion times. 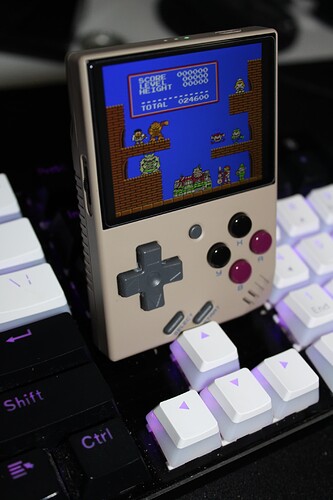 This was the coolest screen in the world to see when I was a kid.

I beat some other stuff since January. Pretty sure I got it all.

Nice. You finished Spongebob. I wanted to play that but wasn’t sure how good it is. How hard is it to get the platinum?

I was trying to collect everything as I played and had 84/100 of one collectible and 97/100 of the other when I finished. Took an extra 15mins after to get those. No meta or stupid trophies. So that was that. I got 14hrs on the game but at least 2 or 3 of those are my nephew fuckin around.