Beat Torchlight II co-op with nanderman and most of it with Egin3rd on Normal. It was decent. Had a fun loot system and was entertaining. I think I would be bored solo. The story was meh. I’ll give it a 6/10. It was better than the average iso RPG because it was slightly addictive to keep plugging away, but nothing like super crazy awesome.

shiftysatchmo I’d agree with that assessment. Better than the average when it came out, but since its release there’s been a number of better games in the genre.

Beat Everspace on normal. It took around 26 hours, though my final run was a little over an hour and a half. I really enjoyed this game. It was insanely repetitive, but I found the loop to be very satisfying. It had tight gameplay, a fun loot system, and it kept me coming back. You only can spend your credits to level up when you die, and every time you die you start over. Basically, that means you get a little further each time. The levels are procedurally generated so it mixes it up a little. The end fight was pretty rewarding, though not quite everything I hoped for. The story was pretty bland and just meant to explain why you keep respawning and give you some reason why you keep trying to progress. Anyhoo, 8/10 on our scale. I thought it was “excellent and exceptional”! 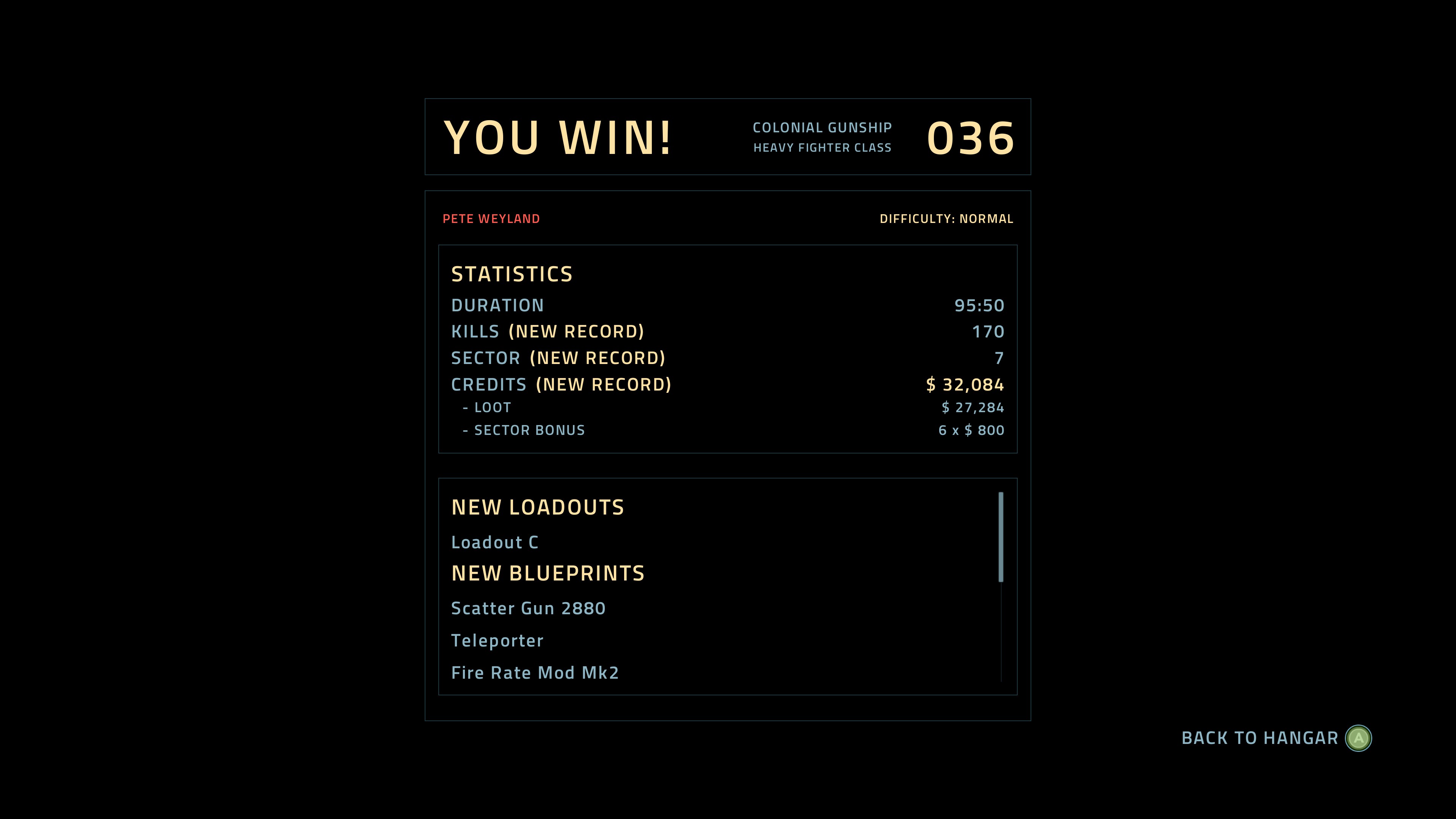 I liked Costume Everspace 1 more than 2!

Also, you said this month was spooky scary edition. You Better beat something scary next!

buttstallion have you been to 6 yet? It’s hard XD

buttstallion the end was stressful. I’m glad I didn’t die in 7 and start over haha

I beat the walking dead: Michonne
On our scale: 4 — Not bad, but definitely wouldn’t be my first choice.

It was alright. Definitely the weakest of the walking dead games I’ve played. Getting a bit of development and backstory for Michonne was nice. The action was a little more fluid than the others, but still all QTE. The story, which is why you’d play these games, was pretty weak. It’s the walking dead trope of sort of functional group gets in trouble with a larger more hostile group and blah blah blah. It was really just a way to once in a while throw you some Michonne development. The other seasons made you care more about the relationships and a lot of the conflict was from within the group, which made it a way better story than most walking dead material. This was lacking in those areas. Also, it had some weird bugs. For example, a guy had a bloody face, then suddenly didn’t, but everyone was talking like he still did. Ah well. It was under 4 hours, so worth a play anyway. But if you have to pick one, pick season 1.

shiftysatchmo It was far from being the best in the series, that’s for sure.