Beat this game today. Since I love Spider-man very dearly I did a 100% run. There are a few things you can’t unlock unless you do need game plus, but I got everything else.

This was a 9/10 game for me. It was really good like the original, and did an awesome job of making the game feel fresh with all the different powers.

Just started this one. Visually it looks A LOT better than the OG and even the remastered version. The only thing I don’t like is Miles’ voice. He sounds like a mosquito.

He is basically a child.

The game is basically another DLC, but they did an awesome job making it still “feel” original.

Do you know how I sounded when I was a child? Like a super high pitched trumpet. He sounds like a coil whine.

Just finished this one (twice). Awesome game. Just like the 2018 one. I don’t really like Miles as a character, he’s just mnyahhh. Everything else is top notch. Visually it’s a giga upgrade from the previous one (even the remaster). Raytracing hits my eyeballs like a truck. I was mindblown how it looks like on pretty much every cutscene. I wish only they did a better job with implementing more features on the Dualsense. The haptic feedback in this game felt nearly non-existent but whatever.

Should I play it before demons souls orrrr after

Before. My second playthrough was 5 hours without the missions. Maybe 8 with side missions.

Okey dokey. After control then

How far are you in Control?

Just past half. Mission 6

Just started this today. It’s pretty fucking sweet. Just more of the previous game but with an added category of moves. I’m running in performance mode (inbetween 1440p and 2160p, no rtx). With hdr on. At 60fps it’s such a better experience than ps4. My other options were Fidelity which is 30fps, rtx on. And Performance RTX which is 1440p60 rtx on.
Will post more later. 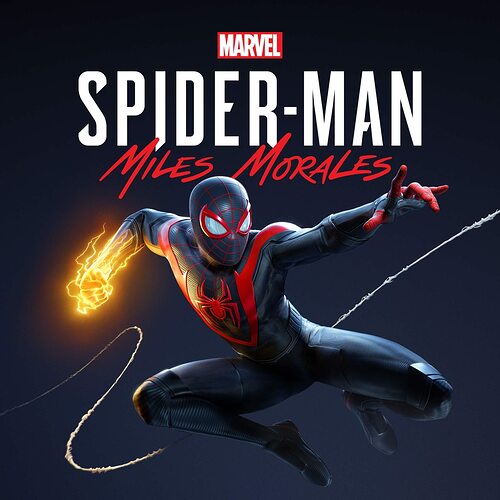 Experience the rise of Miles Morales as the new hero masters incredible, explosive new powers to become his own Spider-Man on PS5.

Hopefully they’ll pack it with more oomph with Spiderman 2

Just beat it. If you liked the base, you like this expansion. The only thing unfun about it was the audio quest from the Prowler. Recommended!

At least you didn’t do the trophy hunt for that, like me

Achievements are just soft advertising. Any achievement I have is just shit I’d have done anyway. The rest are busywork. The longer your friends see you playing a game, the more times they’ll consider buying it.