LETS HYPERSPACE THROUGH A SHIP

FUEL IS A THING WE ARE WORRIED ABOUT NOW

WHO THE SHIT IS SNOKE

REY HAS IMPORTANT PARENTS, NO WAIT SHE DOESN’T (but probably does)

WHY DO BOMBS FALL DOWN IN SPACE

Not just bombs fall down in space, but did you saw the flagship shot lasers in an arc? Facepalm. Elementary school science dude.

Porgs are stupid AND useless during the entire movie. Just another way to sell christmas dolls to children for good money.

WTF happened with Snoke? How could they killed him like that? The most pathetic way to die in the SW universe. I have no problem with him dying… we know nothing about him, so i dont care. But hoooooooow. Stupid.

Where are the Ren’s knights?

Characters with no purpose in this movie: Leia, Poe, Porgs, Snoke, the asian mechanic girl, C3PO, Maz Katana and others with almost no reason to be alive.

Ackbar is dead and Leia is not? Just why?

buttstallion Ren’s Knights not being there was bugging the shit out of me all movie.

mylifeforaiur Maybe they were the praetorians in Snoke’s throne room? But Kylo and Rey finished them quite easily. I dont knoooow…

buttstallion Man what a let down would it be if they were the praetorians around Snoke.

if we see my SW movie list and add the places, this new trilogy is already the worst even if episode 9 will be the best. And this is mainly because of the director changes. They have absolutely no idea where the story goes, just writing it after the next. At least Lucas knew what he wanted and executed it without any major bullshit or plot holes. I am 110% sure this is not the story JJ started and 9 will never be what Rian Johnson wanted. They are just rewriting everything once every month. Rey’s parents will be some important people, Ren’s knights suddenly appear with no reason again, Luke will be alive, Snoke will be alive, chaos, CHAOS

But damn all of you Disney and screenwriters, I will never stop being a huge SW fan and I will always hope. But until a good movie, I have tons of books to read. Karen Traviss, Timothy Zahn, you two are the best <3

Mark2K77 I never liked Star Trek, but I watched the new movies. They are now very similar to the new SW trilogy. Epic, gorgeous scenes without any meaningful story, bad jokes and boring characters.

Ive just read all the spoilers and haven’t seen it still but I just don’t get the point. I get they want ‘their’ Star Wars or the ‘new generation’ of Star Wars, but why drag the ‘old’ through the mud in the process. And why drag your own feet in that mud for two full movies. Why not get the rehash and the new stuff established halfway through the first movie? Put up or shut up with the ‘new’ Star Wars. Two dull/bad (in completely different ways somehow) movies just to say okay, NOW we’re going to do our thing! Meh.

Toss in Rogue One and Solo and its four movies without going all out with THEIR Star Wars.

And yeah, no bother to tread through the lore changes, or bastardization of the original universe.

Nor a need to complain about the cookie cutter Marvel/blockbuster/Disney/StarTrek/Kapow! formula that all movies under the monopoly will have for the next 25yrs.

Just get on with it and do YOUR Star Wars Disney!

schlitty YEESSS! Even Mark Hamill said he hates what they did to his character. And after The Last Jedi, I totally get it why

Just let them die. But even after Carrie died, they did not change anything, she still lives in the movie. Even after she did nothing in this episode. Literally nothing.

buttstallion He was not found of it.

It did have crystal fox puppy things, sooo…

teh_g I mean, if they made space bombs I just assumed they had some tech in there to make them go that way. Suspension of disbelief FTW! They also can lift rocks with their minds

Here is a way they could have made it better and about 45 minutes shorter. Leave Finn in a coma until episode IX.

They should have let Harrison Ford, Hamill, and Fisher write and direct the new trilogy. The characters would have gone the way they felt they were going to go which probably would have had the most fluid transition. I bet it would have been better than what I’ve seen from the new movies. I definitely liked 1,2,3 more than these new ones so far. Sure, lots of bad cheesy writing, etc. but I also think the things that were important were addressed and didn’t disappoint, like Anakin’s origins, the turn to vader, where Luke and Leia came from, the clones/Boba origin etc. A lot was still fulfilling, regardless of horrible terrible Hayden Christensen. So being that Lucas wasn’t an option anymore, I would have turned to the actors themselves to help these new movies along. Fine, you don’t want them to be the only writers/directing it, but they should have had a huge amount of say in everything. 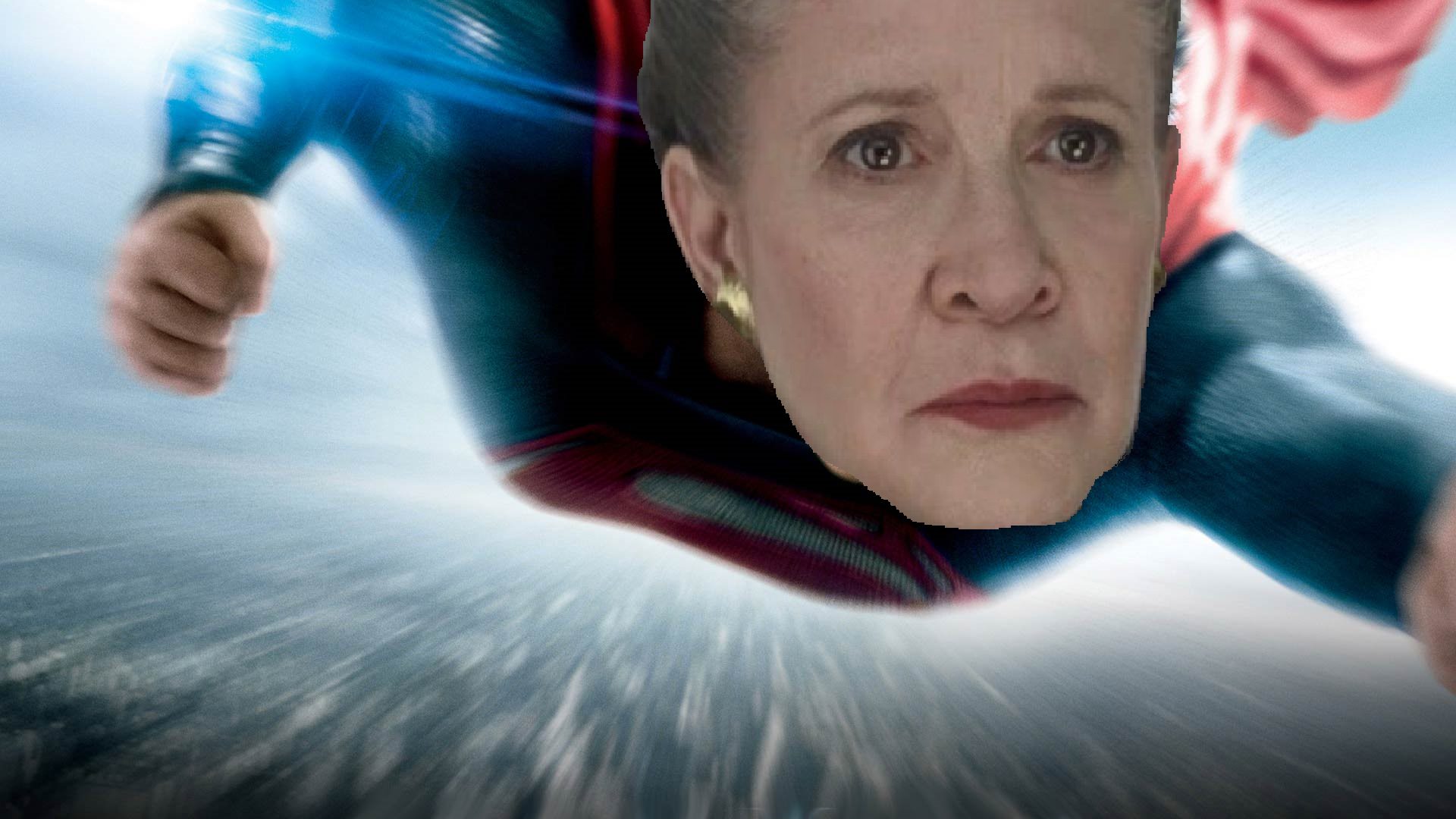 Hayden was terrible and that Clone Wars romance with Padmé, but still not so stupid than a Superwoman Leia and padawan killing Luke

Kylo’s character is so good and the movie hides it. Also I love the actor.

buttstallion Yeah, I mean the romance was annoying b/c Lucas isn’t the best writer at times, and wow they missed the casting with Hayden, and yes Jar jar was awful (but they figured that out and didn’t force him in 2 and 3), but they had a lot of great things too. How about all the epic light saber duels, the villains like Maul and the Robot Commander with the million light sabers, the final stand off with Obi-Wan and Anakin, also they redeemed themselves in casting like for Obi-Wan, Maul, Neeson and others. It’s easy to crap all over the second trilogy bc it’s trendy to do so, but I challenge people to go back and rewatch and I bet they’ll like it more than they thought they did… I certainly did. And to be fair to the latest movie, I went back and watched Force Awakens prior to, and did like it better than this one as well. Next time be wise and use the same teams for all 3 (see Lord of the Rings).

For a franchise as important as this one, and a trilogy that people have been dreaming of for more than 30 years, THIS is the best they could do? I’m sorry but I bet if we combined our minds on GX we could have come up with a better trilogy.

syncrosis Or I would have been fine if they did the Thrawn Trilogy from the books, a Lucas approved SW 7-8-9. I dont care if I knew the story, they probably would have changed a lot of things, but those books were awesome, epic and Star Wars. And Thrawn’s character is way better than Snoke was even if he is not a Force user.

Back to the second trilogy. What I loved is John Williams’ music. It was awesome in every episode. Hours of glorious epic music. And now I can’t name a single song from the Disney movies. I dont know if it is John’s fault or he just can’t write music for a shitty movie

Hayden was terrible and that Clone Wars romance with Padmé, but still not so stupid than a Superwoman Leia and padawan killing Luke

See, I don’t think Kylo killed him. I think Luke did what he wanted with the distraction, then willfully became one with the Force.

sYnCroSis Part of the problem for me was that this movie was CLEARLY directed by someone that has a different vision for the story. It is really disheartening to see another director come in for the third movie. Hopefully they actually talk about what is happening.