Back on Feb 25th when the Deck dropped and I was a whiny bitter person realizing that my wait was going to be a lot longer. And fresh off the whole “so it turns out SD cards are plenty fast on the Deck” news. I felt down about my 512gb reservation big time. I loaded up my ancient 18yo TFC playing Steam account and reserved the 64gb ‘just in case’ thinking ‘maybe around xmas’. Ultimately wimped out and passed on the 512gb when my email sent of course. But I couldn’t convince myself to walk away this time.

But steam deck 2 is coming out

I actually enjoy and use my 512gb more than expected, which is a good thing. A nifty device. It works surprisingly well with point and click games!

I still want one but nothing I play works on it, damn it

I already play those Everyone is using their Steam Deck like a better Nintendo Switch

Big bad mama and her kids. 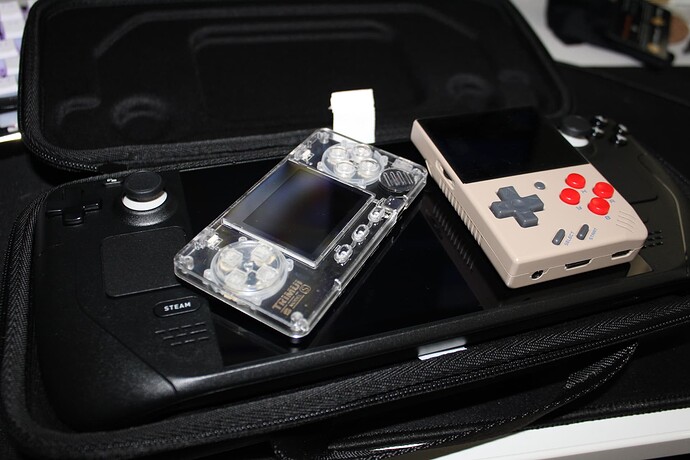 I definitely love this thing. Blows my mind how well they pulled off the ergonomics AND balance. As a Steam Controller fan I would only nitpick that the paddles aren’t really paddles and round trackpads are far superior to these square ones. But man is this thing great to handle.

Fun to tinker with too. Did some emulation. Got “Chiaki” on it and did some PS5 remote play. Pretty rad stuff.

Thumbs up in my book. Queues are still flying and you can still get one Q4 right now. But Asian markets opening up + holiday demand will kick in eventually? If not, around Halloweiner you might be able to buy one ‘real time’.

Chiaki has a Linux version. Deck uses Linux. Got to do what you got to do to. Works great!

I do think demand wavered some too, but they’re really churnin em out! Everybody who was Q3 has got theirs shipping out with a couple weeks to spare. Reserve dates are nearly through July. 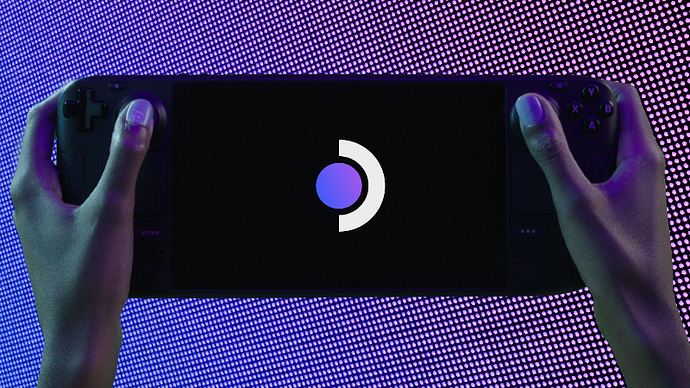 Hello, just a quick note about shipping today. As some folks on the internet have noticed (we see you Reddit!), we're speeding through reservations at an accelerated pace. This is due to increased production, and we've beaten our own estimates yet...

Grabbed a 256gb 2230 drive for under 20 bucks. Supposedly ‘new’ removed from laptops that were upgraded before use according to the seller. Hopefully all above board and works when it arrives. Not super excited about opening the Deck up or reinstalling the OS but it’s a cheap increase of space.

I don’t mind the SD card load times or swapping them in and out (and will still be using them). But the ‘shader cache’ of games is still installed on the primary drive. They add up! Plus Steam doesn’t delete them when you uninstall games and you have to manually get rid of em. Then any different Proton builds you grab take up space. And emulators. And any apps when tinkering in desktop mode… I just wanted more headroom than what 64gb has.

Should be a fun little project.

Edit: Super painless. Made sure to test my SteamOS image before I started to make sure I got that done right. Followed the ifixit guide to open it up.OS install was super smooth and easy. Steam OS updates was the longest part of the whole project! Haha. 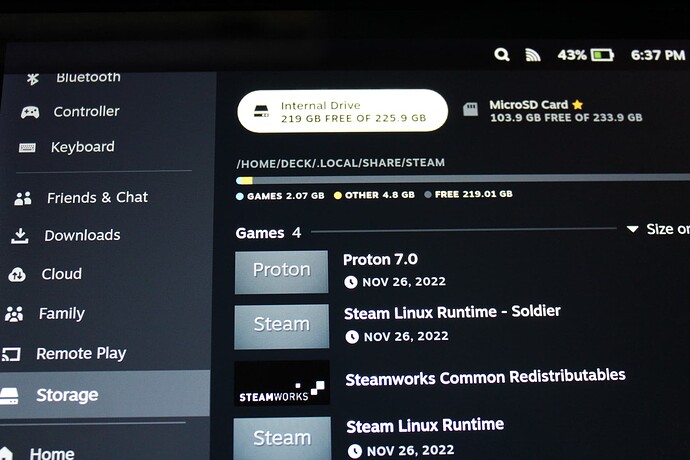