Well this is my next game! The very same one from the N64 days! I played the shit out of these games back in the day! They slightly improved a few graphical things, but I can’t tell any difference other than the sky looks cool now lol. Runs on any potato. Never thought I’d play this game at 1440p60 though XD. Also, it’s so nice to play with a kb+mouse!

I already know I like it, so I’ll recommend this to anyone who played the n64 ver when they were a kid or you won’t be able to look past the graphics.

gord0 I play a level here and there. I’m more excited for Seeds of Evil. The cerebral bore is amazing

gord0 I play a level here and there. I’m more excited for Seeds of Evil. The cerebral bore is amazing

To me it’s very nostalgic. Both this one and turok 2. But this one, at the time, was THE BEST GRAPHICS EVARRR!!!..in 1997 anyway XD I got them both in a bundle, so it’ll be the next game I play anyway.

gord0 yeah it totally is

Maaaaaaan I used to love this. This was the first game I ever played on a screen bigger than 32"! I brought my console around my friend’s house who had one of those massive 60" TV’s that probably weighed as much as the house did and we used to play this all through the night. Nothing like seeing his Mom come in the living room in the morning and sigh as we were still up

Good times were had by all back then.

I played through this a few months ago. It was awesome to go back to something I played as a kid. I’m not sure if K+M made it super easy or I just sucked at games back then but it was not as hard as I remember it.

I played through this a few months ago. It was awesome to go back to something I played as a kid. I’m not sure if K+M made it super easy or I just sucked at games back then but it was not as hard as I remember it.

There’s two things that make the control easier now. Back then we used the jstick to look (left hand) and c buttons to move/strafe (right hand). We now use the mouse to look (right hand and accuracy upgrade) and move/strafe with wasd (left hand, probably no diff in accuracy because the kb buttons work the same as the c buttons and are oriented almost the same).

So yeah, you are likely having a bit of an easier time now that you’re using the optimal hands and have an accuracy upgrade for aiming. Though I don’t recall having much trouble with the n64 controller. It could have been worse, it could have had a cstick instead of cbuttons.

I loved the cerebral gun while playing monkey multiplayer. I forget what mode that is called. One player is randomly chosen as a monkey with no abilities or guns to defend. You just try to survive.

Do any of you have the turok 1 players guide? I’m having trouble finding detailed maps online. If I order it, I’ll beat the game before it arrives. Just trying to figure out which one of the level 6 keys I’m missing. I have 2 of them. I’m hoping I find something before tomorrow night when I play again. Otherwise I’ll have to just keep searching two entire levels for the one I’m missing (i’m fairly sure they’re in level 4 and 5. WIth youtube vids I’d have to watch until they get that key and I don’t know what I’m looking for until I see it…and half of them have cringy as fuck voice overs.

These walls of text, many of which i’ve already got links to, are the same prob as the youtube vids becaue you gota go through most of it to find what you want. A marked map would be sweet.

Ah, my late night googlings have paid off. They took me to this thread that had maps in it taken from the book. I posted asking for the maps I wanted to see. I got them! lol
http://www.turokforums.com/turok-dinosaur-hunter-3/turok-1-maps-(what-map-is-it)/10/ 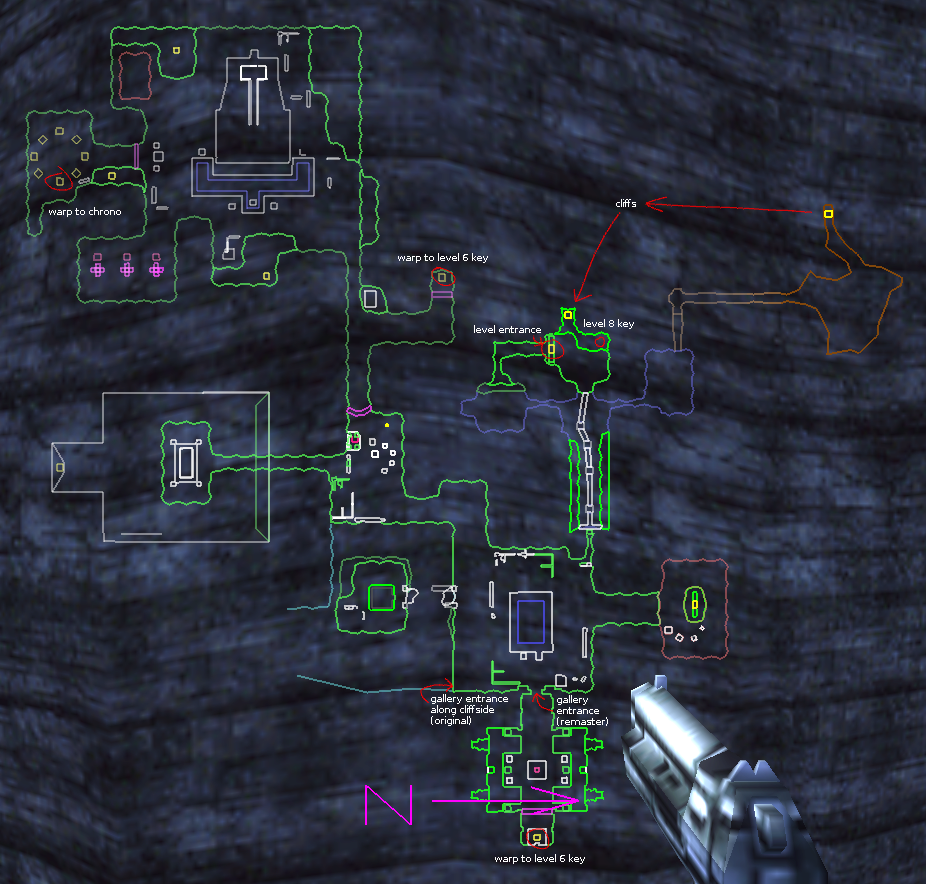 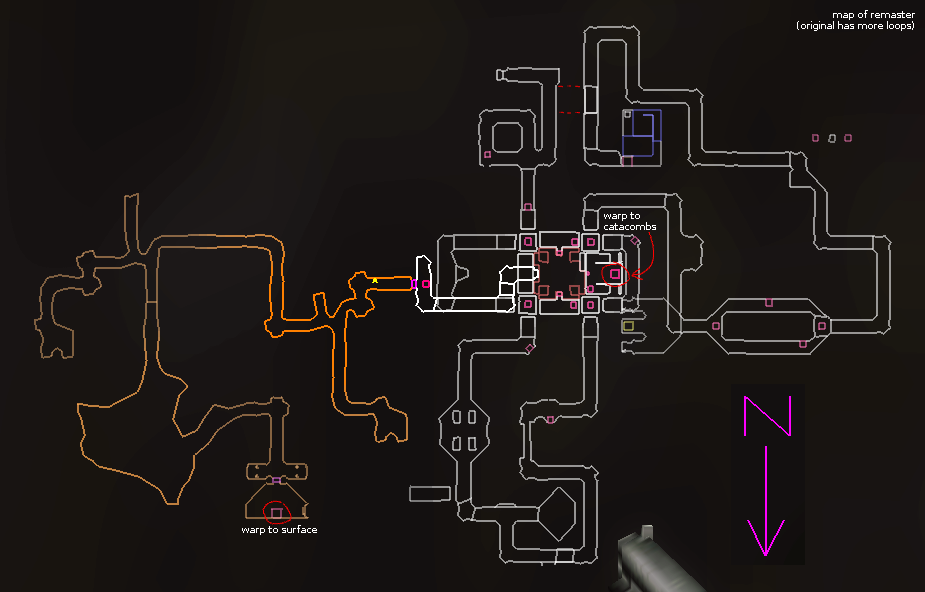 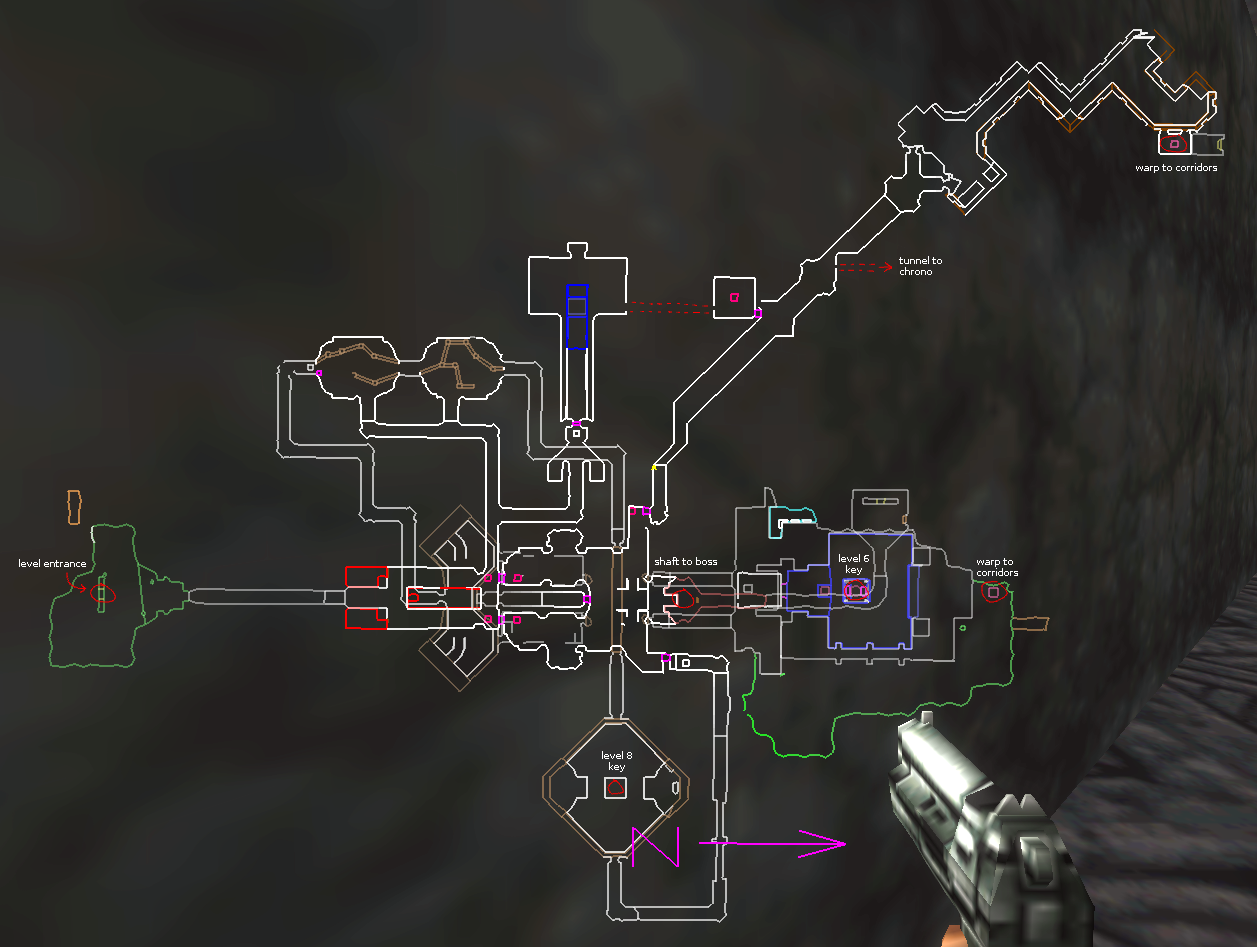 Those aren’t the entirety of level 4 and 5, but just enough to show where the level 6 keys are. I’ll be good to go tonight when I have time to play.

Just beat it! Most games didn’t have very good endings back then did they lol! I’m satisfied though, pure nostalgia for me!