Talk about that there hockey, eh?

I am curious to see the Sharks vs Golden Knights pre season game tonight.

Kings fan checking in. Really like that they moved beyond GM Lombardi and Sutter finally. Despite what they accomplished it was a long overdue move for what had become a stagnant club wasting a still wide open window. That said, they didn’t make a daring roster move. So its all on the new-ish system. Im interested. Quick is long recovered from his multiple injuries too. Its a huge put up or shut up season for him to return to form. Been living off reputation for a few seasons now.

And random aside. Somebody better sign Jagr already! Was hoping all the old guys like him, Doan (before he retired), Iggy, and Chris Neil would all end up in Vegas together like some sort of NHL The Expendables.

If I had to make a preseason Cup champ pick Id go with Edmonton even though its still probably one season too early.

Is it October yet?

schlitty I’m so happy hockey is back

In my hockey league, I don’t start paying attention to it until the day after the Super Bowl

polekatt but hockey is on plenty of times when football isn’t. Be more dedicated, Kevin!

I only know this:

buttstallion ESPN National Hockey Night on the Sega CD is how I learned the rules of hockey and got into it in the first place (don’t even get me started on how many seasons I played before I understood what the now defunct rule of a 2-line pass was)! Played the EA series up through NHL 08 I think it was before my PS3 died and I went full PC. The games are a great way to learn the game.

polekatt but hockey is on plenty of times when football isn’t. Be more dedicated, Kevin!

Idk ShiftySatchmo football is on Sunday, 3 times, Monday night, and Thursday night, and college on Saturday. The only nights that I can’t find football are Tuesday and Wednesday. So on Wednesdays, they show hockey.

Small sample size but the injection of youth and new system are clicking so far. First 2-0 start in 15years I think they said on the broadcast. Weird meaningless stat, but odd it hasn’t happened in so long.

But speaking of stats. Ovechkin starts the season with two straight hattricks (3g and 4g). I saw the ESPN bottomline said its the first time in a HUNDRED years that has happened… :o

My Red WIngs are 2-0 but I’ve been telling everyone I’m a golden Knights fan because a lot of people take hokey very seriously here in Canada. You should see how upset people get when they think I’m abandoning my team like that. Either way my real team and my joke team are both 2-0, killing it this year!!

mylifeforaiur sharks are doing terriblyyyyy. I mean heck we straight up scored on ourselves last night. It’s like they handed me the controller XD

shiftysatchmo Own goals are always rough to watch. You sound like my cousin. She always seems to find a way to score on herself.

My fantasy team, the Chilly Knights, is off to a good start. I had number one pick in the draft. I was gonna take a goalie, but an actual hockey fan friend of mine told me I’d be stupid if I didn’t take Conner McDavid, or something. So I did, and it seems to be a good decision.

I wish I could get this as a tattoo, however my body rejects ink. 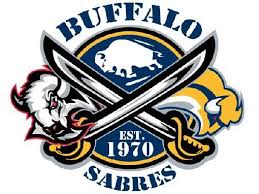 sir_diealot sharks finally won! And against your team too! Life is great XD

My main team is going to be in tough again this season… poor poor Vancouver, I see a fair number of 1 goal losses coming.

Calgary on the other hand, once they get in gear should have a pretty decent season. Playoffs 2nd round I predict.