Played this for a few hours with @teh_g and @Eraq via Game Pass. Pretty decent. If you like Left 4 Dead it’s basically like someone got tired of waiting for Left 4 Dead 3 and decided to go for it. It’s what you’d want/expect out of the next Left 4 Dead. I am not sure I would pay for it at full price, but it’s certainly worth trying with some friends if you have Game Pass. 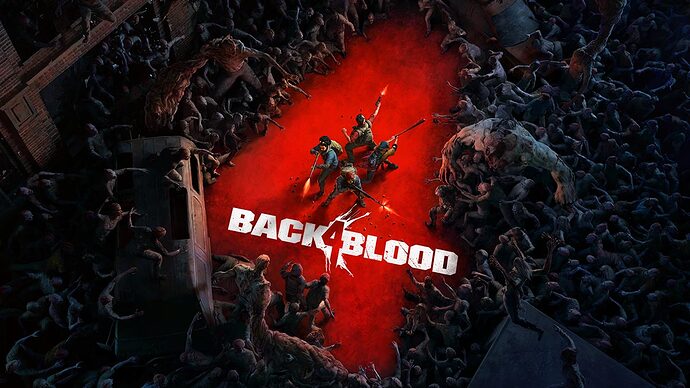 Back 4 Blood is a thrilling cooperative first-person shooter from the creators of the critically acclaimed Left 4 Dead franchise. You are at the center of a war against the Ridden. These once-human hosts of a deadly parasite have turned into...

I paid full price for it, and I love the game!!

I actually think of the games I’ve bought the second half of this year, this is the one that I’ve felt so far that has been worth the full price I paid. The odd thing is, I did not plan for this one. I planned on three full price games this year, got two of them, after the fact I’m ok with my purchase, but thought…yeah, I could have waited on a sale, but still the games are good enough that I’m not upset, just could have waited. With Back 4 Blood, I was thinking of actually getting it at some point, but waiting for a sale. But the day of release, I had a little extra, so thought what the heck, I’ll get it, because me and @Scavenger love these types of games. After playing it, I’m finding that I love it, a lot more than I thought, and am totally happy with paying for it.

As far as what you were saying about someone getting tired of waiting for Left 4 Dead 3 and going for it… this IS the same guys that developed the original Left 4 Dead, as I understand it. They just couldn’t call it left 4 dead because some laws or whatever with Valve, but its not just some random someone doing it, it is the same devs that did the original one.

Its pretty much just like the original, only better mechanics. Things that would make it great would be adding in mod support, and fixing the solo mode (which they’ve already said they would do). Its like playing the movie Zombieland!

I beat this with @teh_g and @Eraq . It was alright. Gamepass so whatever. I probably liked it more than left4dead

I hated it for some reason.

Probably because shooters and zombie games are overdone

Thats correct but I still like R6 Extraction. So it must be the game’s faultttt