Ok a quick post with some screenshots. Finally the GOG version released & I’ve loaded & so far spent about an hour playing it. No voice acting, but the humour still comes through. Graphically it’s nice slightly tweaked stylistically from the first, but the backdrops are gorgeous & I’m sure the character models will see a lift come final release too. I’m also playing a cleric… cool thing is she is melee/water(healing) & necromantic(curses & debuffs) based, cool.

I like the new character creation, with your character’s face actually changing its icon portrait (yes, just like WoWarcraft). But a really nice change is the ability to give your character Tags/origin stories. This gives additional dialogue options unique to your Tag (think Noble/Scholar/Soldier/Barbarian etc.) that are separate from the ones available for say attributes or talents. 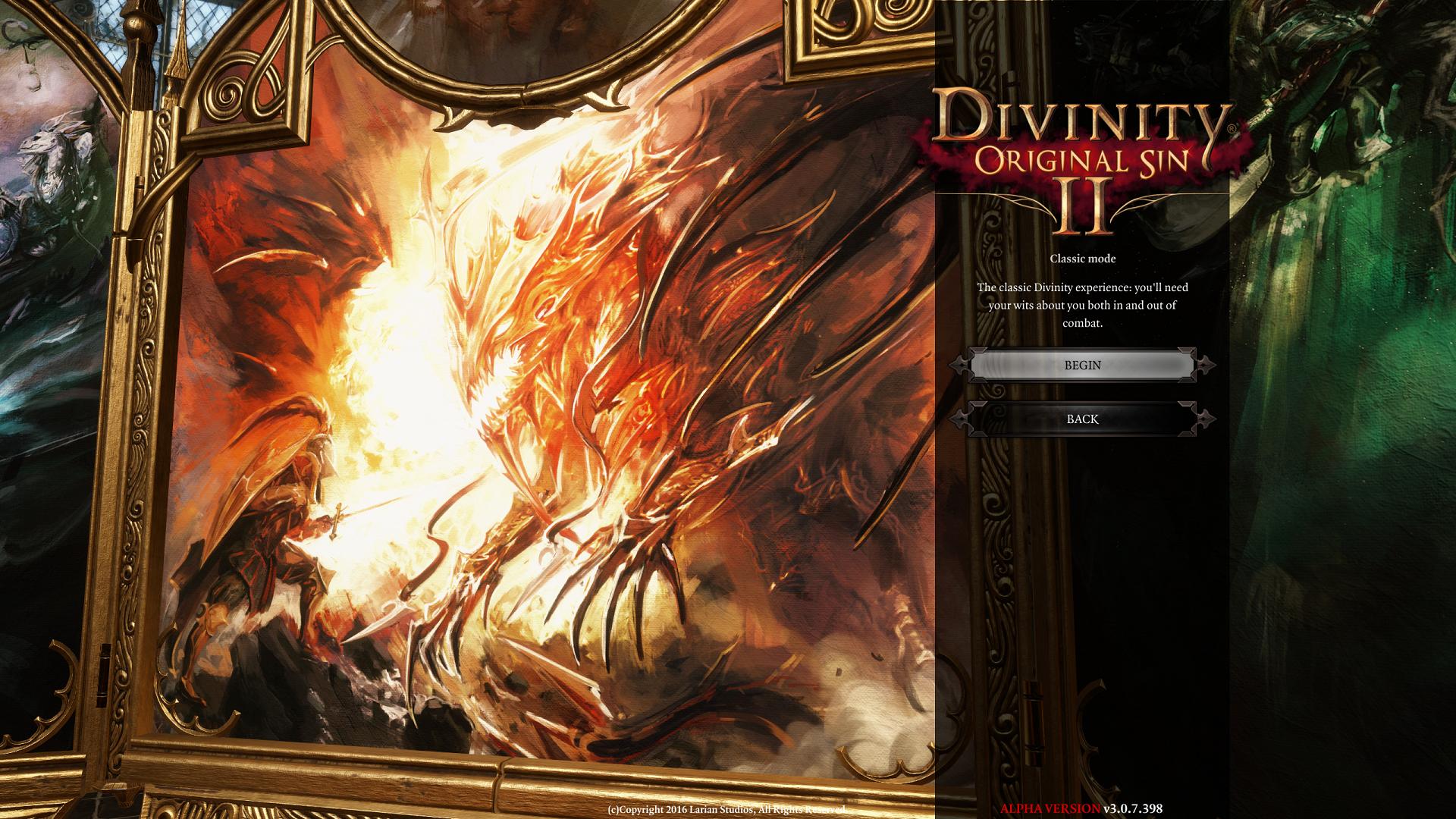 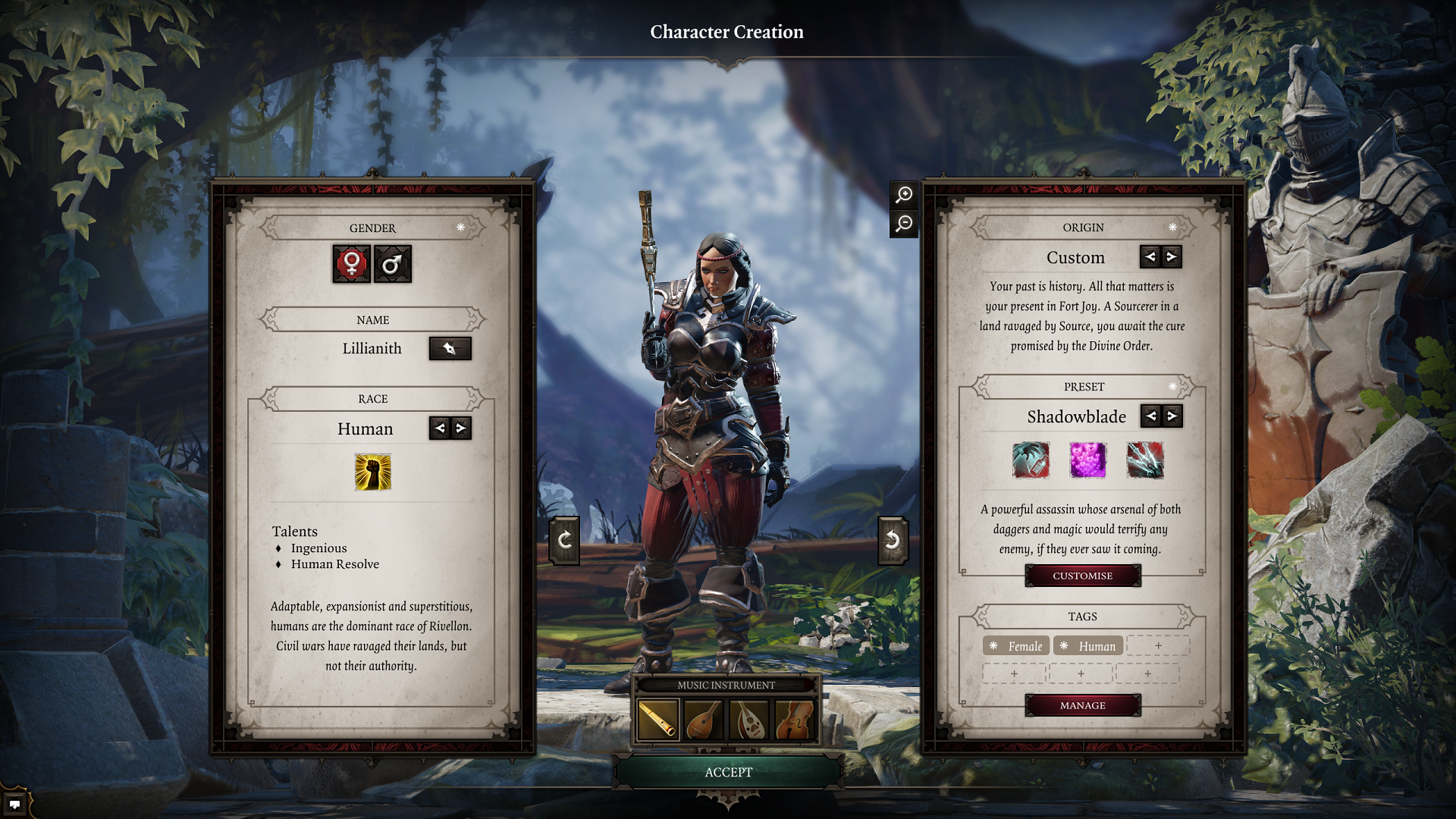 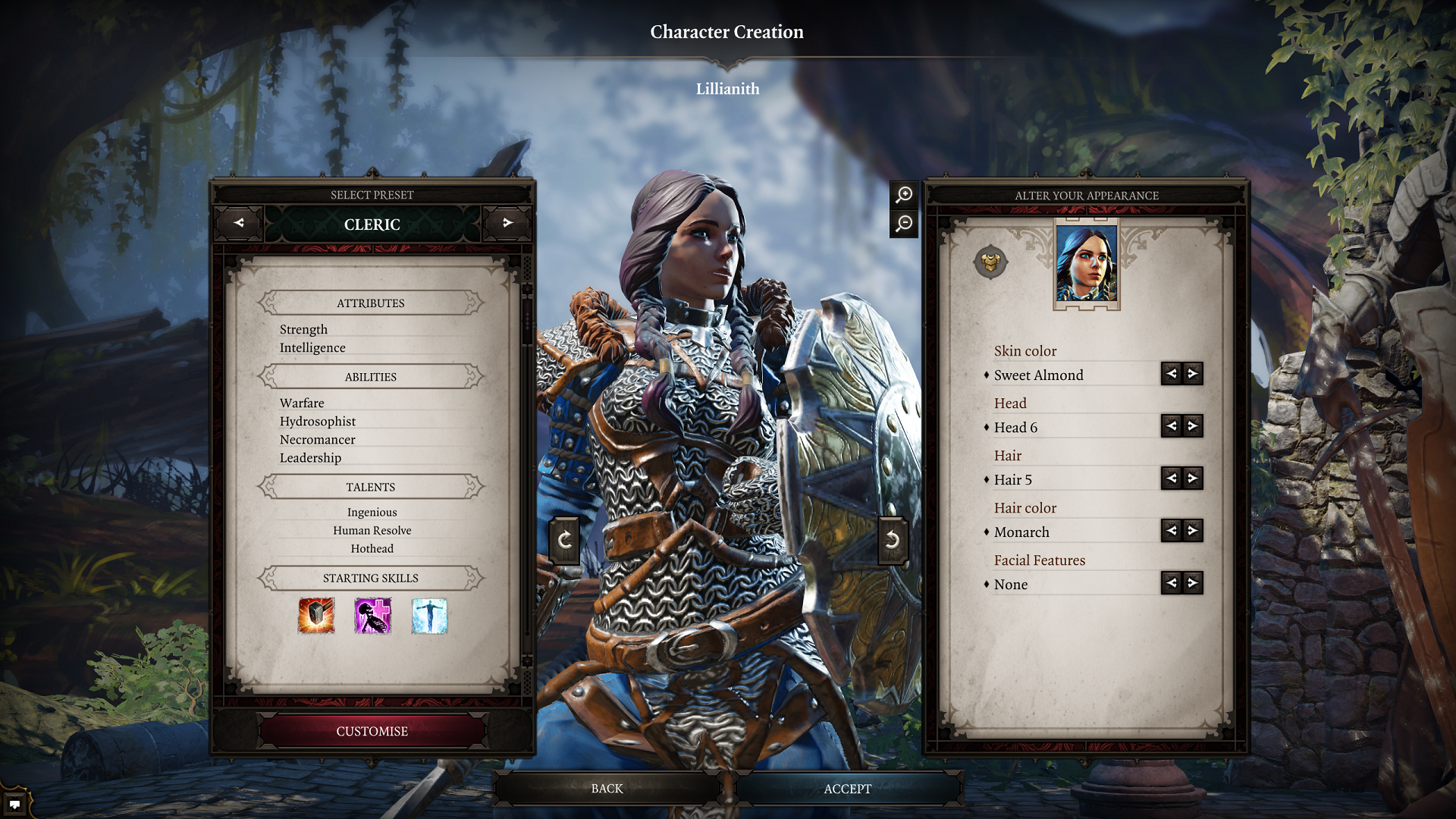 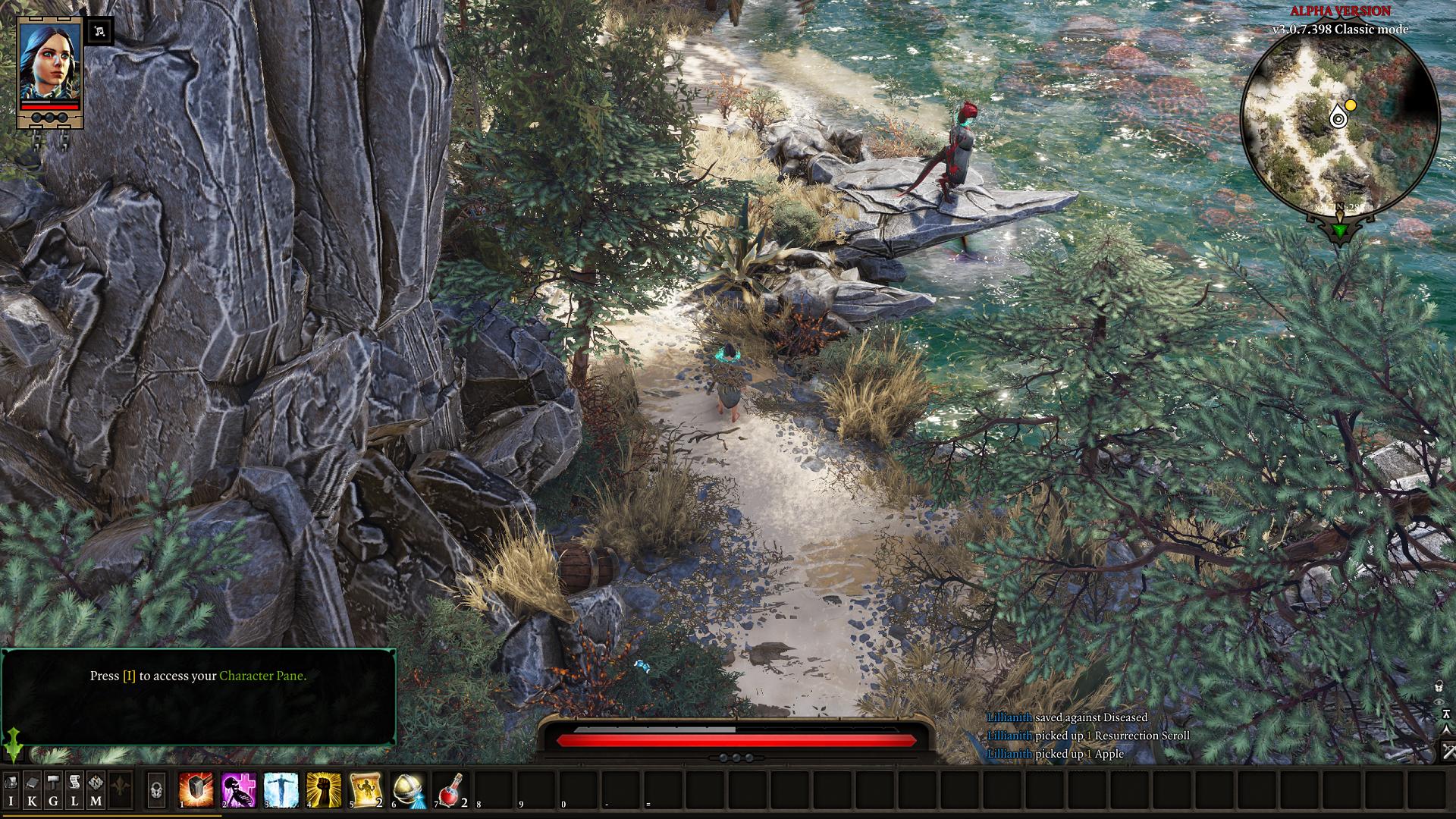 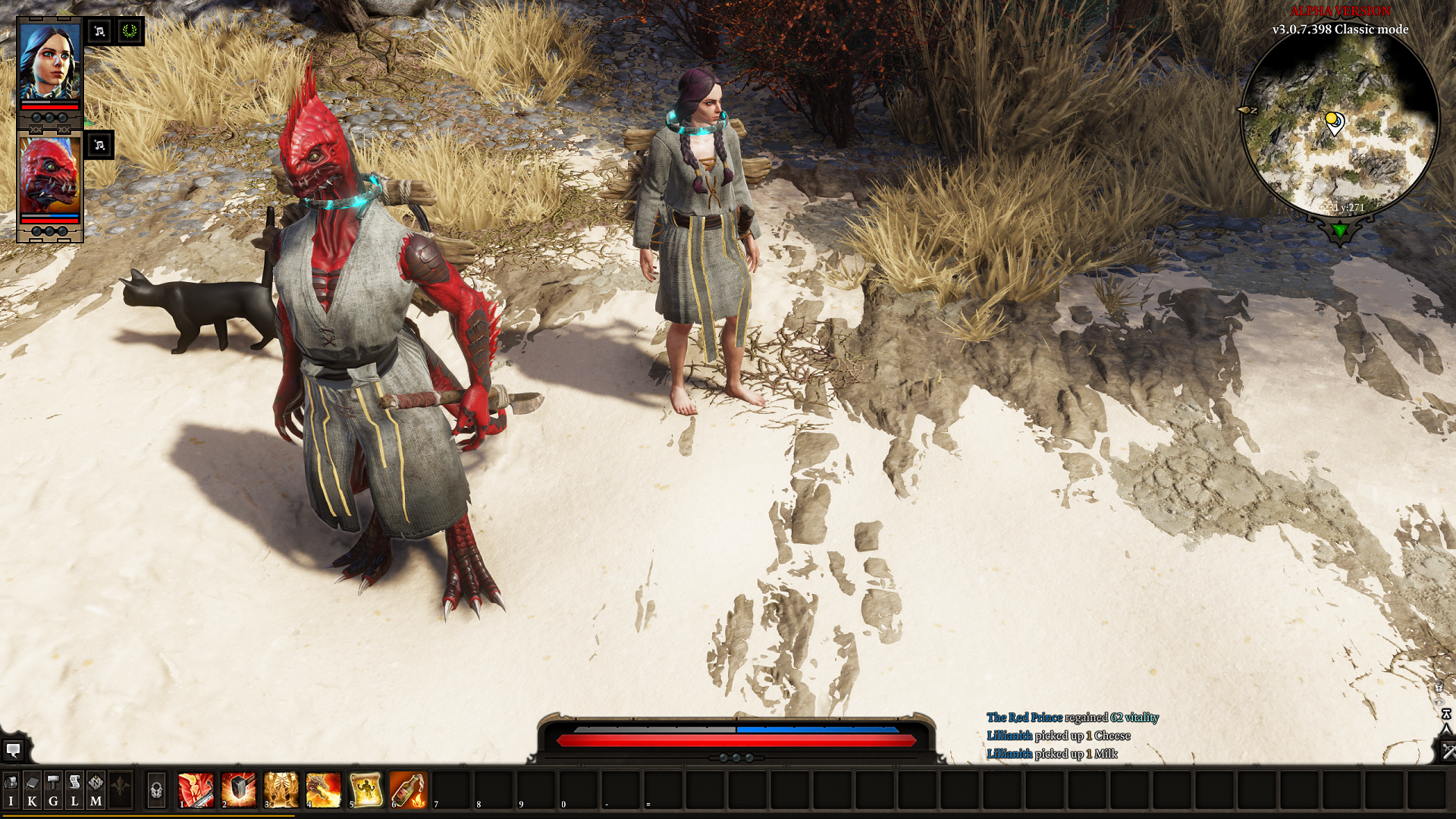 I would wait. I only have it due to being in the Kickstarter.

I wouldn’t bother getting it yet, as for you it would be a pre-order. I don’t believe that it’s for sale as early access on GOG (but is on Steam). It’s only in the Beta/Alpha stage so far and is available for those who backed the Kickstarter. The idea is for the KS backers to play & give feedback moving forward. I have faith in Larian to deliver (because they have previously) but if I wasn’t in the KS I wouldn’t pre-order, and just wait for final release post reviews & feedback.

It’s familiar to those who played the Div:OS original, but I’m sure more tweaks will come. I will continue to post feed back as I play more - especially with different classes & races.

I really enjoyed the first one. Larian will deliver it. I have no doubt about it.

There isn’t a regular Divinity thread, and I don’t want to create one so I’m just going to post this in here.

This game is hard. Playing on classic difficulty has been a struggle. I’ve been enjoying it a lot. With that said, has anyone actually beat this game? This final fight to finish the game is just impossible. I can’t come close to beating it.

I’m playing it with @teh_g and @nanderman but we are not at the end yet so I won’t read your spoilersssss.

I’ll play it as soon as someone from here buys it for me because I’m a dirty little b…uhh, leecher.

I’m playing it with @teh_g and @nanderman but we are not at the end yet so I won’t read your spoilersssss.

What difficulty are you guys on? Also what do you think of the games challenge so far? I haven’t played coop. I don’t know if it would make it harder or not. I’m assuming you guys still have a party of 4 but with someone having an AI follow?

Yeah Fane follows me. We are all undead haha. It’s challenging and we sometimes have to try different strategies to win which is part of the funnnn. We were playing the original version but started over when definitive came out. Definitive seems a little more balanced but we also have different builds so who knows? We just got to the third island I think? Whatever the ones is that looks like jungle and ruins. I am bad at paying attention.

Sounds like you guys are at the nameless isle. I actually made the joke with some work friends that we should do a coop run where one of us is living (Necromancer class), and everyone else is undead.

Taking a different approach or trying a different quest is pretty much how I got through the entire game. Challenging but I always felt like I was making progress. Beating the game just seems so far away with an ending like this.I’m playing definitive edition as well. Never tried original.

It’s fun being all undead. We can poison everything with no friendly fire!

It’s on the Switch now which is kind of tempting. Seems like a good game to have on the go…but then again, I’m not going anywhere these days.

Yeah it would make a great swtich game. It’s a large game in scope but it’s turn based so you can stop playing whenever you like.

Alright I beat it. lol

The ending is cool. It’s a long cutscene sort of explaining what happened to everyone effected by your choices. That final fight can for sure be a tough one. It’s not as impossible as I first thought it though. Only took 3 days of trying. A lot of dark souls bosses took me longer than that.

The game overall was really good. The complexity of the gameplay coupled with the great story easily got me through it. I would say its a must play for fans of turn based games, and also fans of RPGs.