Less than 24 hours until the first practice in the new season. Who is excited? Let’s see what the real order is because this was a very confusing testing season. The timing could be better, I have to wake up at 6 on Saturday and Sunday and at 2 am tomorrow 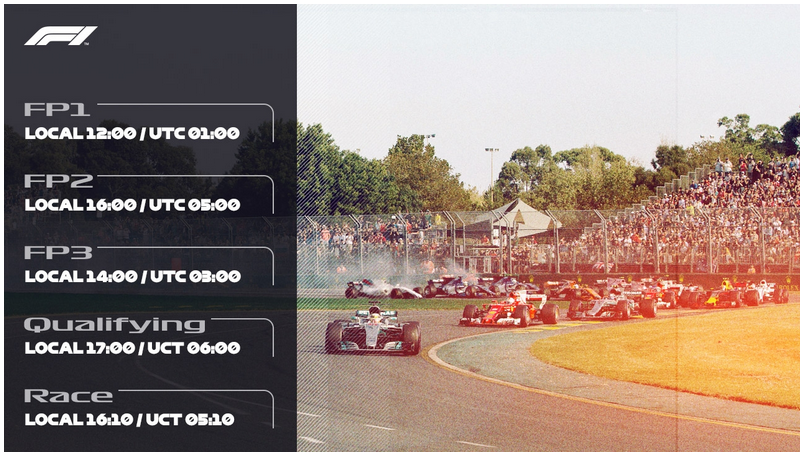 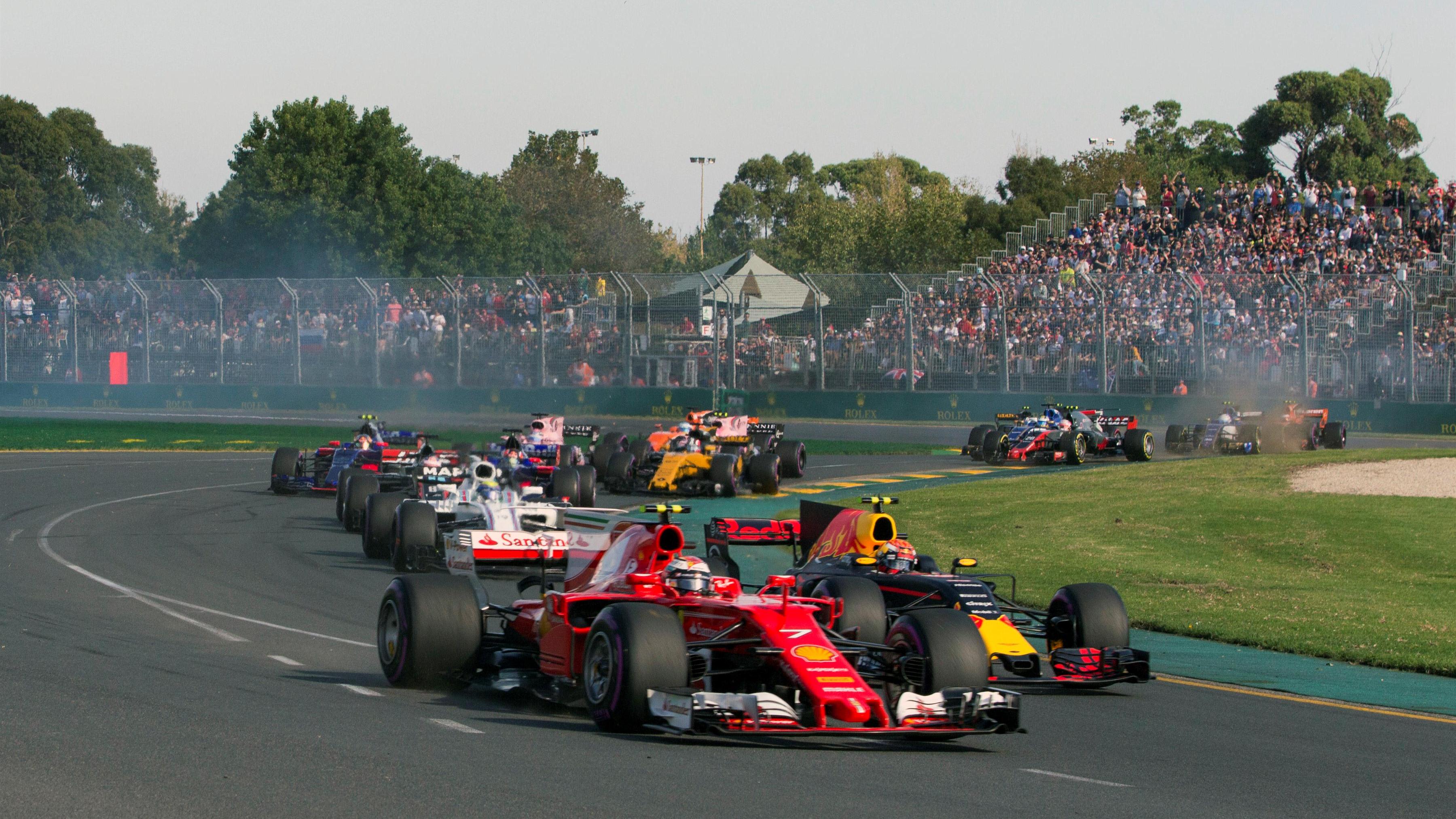 AUSTRALIA PREVIEW - the stats and info you need to know

Melbourne’s picturesque Albert Park hosts the first act in F1’s record-breaking 21-race global tour. With every team set to bring update packages, the pecking order remains unclear. So let’s fire up those engines and get this show on the road…

Wonder what this season will hold.

Spoilers if you haven’t watched!

Alonso and that McLaren Renault hold off over eager Max. Double points finish for McLaren while a Honda blows up.

But what an absolute disaster for HAAS. Was looking like a phenomenal day for them and they screw up the pit stop, TWICE.

Mid pack could be fun with HAAS/Renault/McLaren/Force India.

Not happy with result, but all in all a great race, watching top 6 going as fast they can manage. It is the essence of F1 (note no Ecclestone).

McLaren now has the speed worth developing, hopefully they challenge closer to the front soon.
Ricciardo had the bit between his teeth and it was good to see. While Verstappen showed how hard he was pushing, but his talent saved him a trip to the barrier.

Reason for my opening phrase, I can’t understand why you would put out a VSC and then the SC, surely if you needed the full SC, then it should have been required from the beginning and to make it worse, they left one of the Haas’ on track anyway.

Unlucky for Haas, seriously a horrible way start the season, with a race showing such good promise and points on offer.

I know it is hard to pass on this track but I dont like these aero rules, need to change them fast in the next years. Pathetic how you cant pass a second slower car even with 3 DRS zones.
A lot of teams also copied Ferrari’s last year concept with the smaller side boxes and a lot of team suffered from engine overheat next to tyre degredation and less downforce.

About the results: Very lucky Vettel win, strong Kimi, even stronger Mercedes. It is a shame Haas DNF both cars, it was an impressive race from them. Invisible Williams and Force India, Leclerc went great. Honda engine blowed up, no surprise there. I think McLaren was also lucky, no Bottas in front of them, 2 Haas dnf, Verstappen mistake…I dont believe they can score double points in the next races, but maybe I am wrong.

For some reason my DVR recorded all the pre race stuff and the up to race start show but not the race. :’(

sir_diealot Maybe because of the summer time change if you had one on Sunday just like us. Idk about the US.

buttstallion Who knows, I manually set for the next race though.

Next stop is Sakhir, Bahrain. All you need to know before the weekend 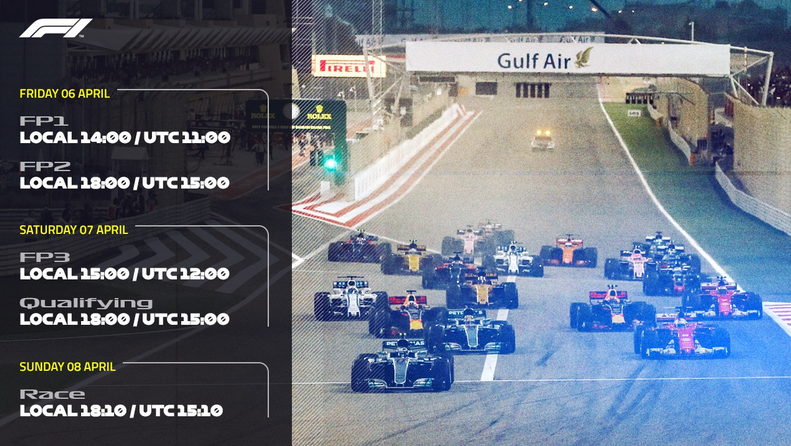 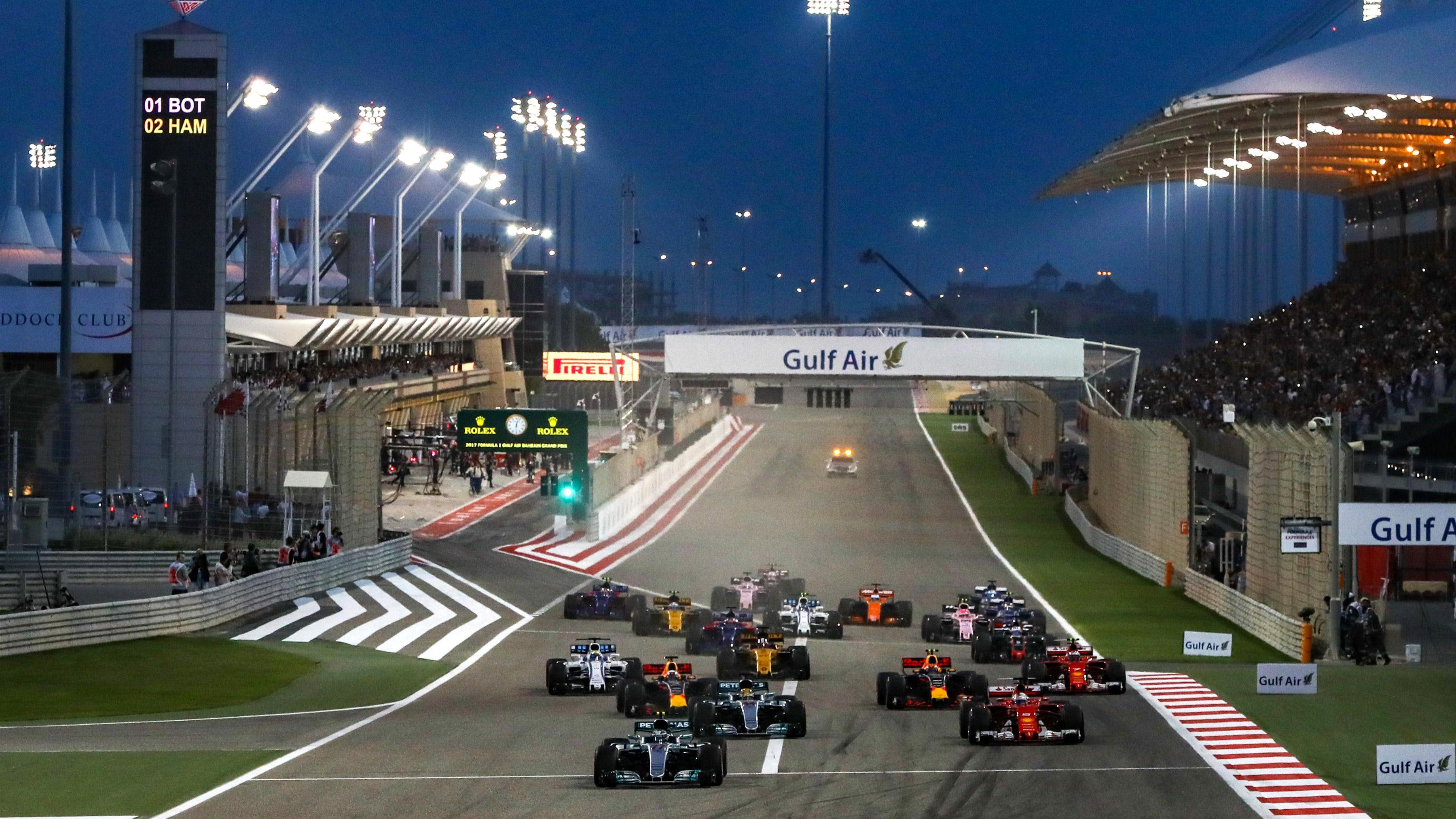 BAHRAIN PREVIEW – the stats and info you need to know

It’s advantage Ferrari after round one in Australia. Now Sebastian Vettel and his team hope to keep the pressure on as F1 warms up with a trip to the Bahraini desert. But at a track that's been very kind to them in recent years, reigning world...

Bahrain is going to be interesting. Ferrari pre season had really good speed, so I believe this may be a very competitive race up front.

McLaren reckon the upgrades they will bring can make difference. Let’s see what Force India have to bring against Haas. Haas always have a great start at Melbourne and I believe this race is a better measure of the mid field.

5 place grid penalty for Hamilton adds intrigue before we even hit qualifying.

I see what you did there… Haha.

Honda vs McLaren could be damn fun if this keeps up.

Vettel drives on iced glass to another win. Hope the pit dude that went flying on Kimi’s bad release is okay. *

Lots of action in the middle of the pack this race. Plenty of passing. Some good scoring for teams with Red Bull’s double DNF.

*Edit: Broken leg and all I can say is OUCH! When you know what to watch for that leg just looks brutal; http://www.espn.com/f1/story/_/id/23078875/ferrari-mechanic-suffers-broken-leg-pit-lane-collision

Raikönnen losing 2nd was unfortunate and Ferrari’s 2 stop strategy was interesting. But what a stint on soft tyres from Vettel. Mercedes reacted too late to plan B. Gasly is the driver of the day along with Honda

The Ferrari mechanic is in the hospital hope it is nothing serious…but the teams need to fix this pit stop rushing and mistakes. Also good job for the Haas and the Renault, I can say they are ahead of McLaren. Mclaren only scored points because of the two RB and Rai DNFs.
Oh yes and even Sauber scored points, good job for them. Williams is officially the last team this year.

Dunno whether my dog intended to, but she woke me up at 3am. Let her out the backdoor and put on TV for the formation lap.

As I thought, Ferrari’s have real pace and surprisingly Mercs not able to keep up.

Mega effort by Ferrari, but I can’t help but feel Bottas simply could have done more. Hamilton had a good race.

Honda doing he business was super impressive & McLaren has a new headache other than the promise of competing with Red Bull.

Williams with a Merc in the back in last place???

Overall. The best race in years. 2nd race in a row, drivers pushing hard from flag to flag. Not sure how 3 engines are going to last a year at this rate.

It was nice to see Haas did so well, I don’t recall them finishing any higher than 8th last year and I am not so sure about that, I remember a lot of 10th place finishes.

Wowsers! That was fun.

Danny Ric is the hero we deserve. Many comments about the race and how teams did. Unimportant compared to my opening line.

Two fun ones in a row!