So this is my next game! Found in the most unlikely of places. Apple Arcade. So it’s only available on ios, ipados, apple tv os, and osx. The biggest still working apple device I have is an ipad mini 5. The game looks pretty, running at max settings, 60fps, and whatever res it runs at. It’s not mobile jank. It’s an actual game. You just play it. No microjank, nothing. It’s literally an actual game. Currently playing with an xbox controller (also supports touch). It’s really giving off ffvii vibes and is really fun so far. I get a free month of apple arcade, so I hope I can beat it in under a month. I really don’t see myself coming back to apple arcade. This game was just recommended by a bunch of peeps. I’ve heard of no other apple arcade games being acknowledge by actual gamers. 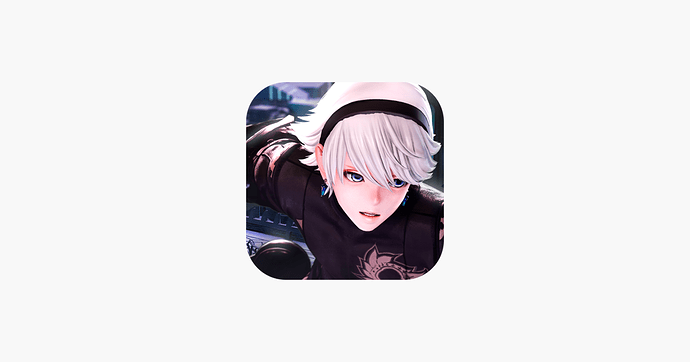 ‎Fantasian by Mistwalker Corp. — From the creator of Final Fantasy, comes the next breathtaking adventure from industry legend Hironobu Sakaguchi. Fantasian is an exciting, new RPG set against a spectacular backdrop made from nearly 160 handmade...

Oh well, another game I won’t be playing then.

I don’t blame you. Only reason I have apple anything is because of work.

This game is superb!

Did the gacha game got you finally?

I see what you did there

Is there a good iOS emulator that can run this game?

Probably stupid question since if there is one, you would play on it instead of ipad lol

If you buy a mac, you can run ios apps lol. Even as an ios dev, I have to use a mac to make builds. I do my work on a pc. On any other platform I can just make a build from a pc. With ios it doesn’t build the app. It builds an xcode project (a mac ide). So I do the work on pc, commit, push. Then hop on a mac, pull, open xcode project, then build. If there was an emulator, I’d know about it lol .

I could get a cheap refurbished iPhone and give it away after I’m done with the game. I wish I could use my company’s phone but I kinda dont want to get raped by InfoSec because I’m playing games on the phone.

See if you can go for an ipad. I find the screen size annoying on my ipad mini (gen 5). I can only imagine on a phone sized screen…unless maybe they do different camera tricks depending on your display size. It’s an excellent game, but I recommend the largest screen you can pull off.

Can’t find it refurbished. I just talked with a friend of mine who owns the latest iPad mini. He’ll give it to me so I can beat the game and then I’ll return it and afterwards wash my hands with bleach because I touched an Apple device.

That’s a good way to go about it. I just hope I can beat it in under a month so I don’t have to pay lol.

Ah I forgot that the game is available from the subscription. I guess I’ll just no-life it until the trial is over lol

Yeah, it’s literally an actual game that just happens to be on mobile.

I just saw that Uematsu made music for the game. He’s probably the reason why I love Final Fantasy games. Now I can’t wait to play the game.

AND there’s no voices. So you don’t have to worry about acting.