Games I actually had the time to finish. 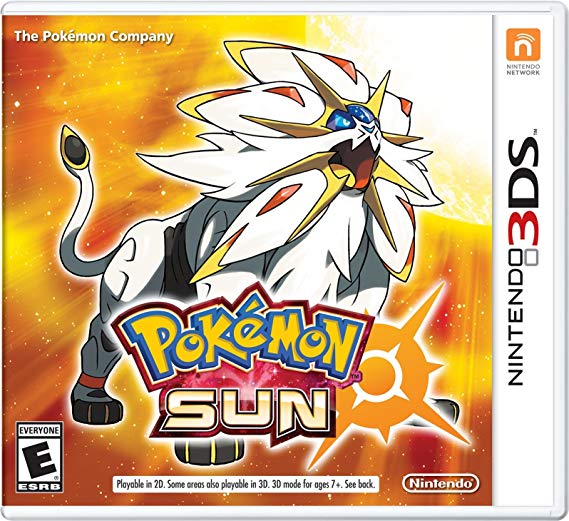 Well I finally found the time to finish Pokemon Sun. This is my second attempt with the game. I bought it when it first came out but lost interest. I started to fall off at around the same place as I did before. This time around I grinded forward and finished the game. Honestly it’s not that great. It’s not bad but there are vastly superior games in the franchise.

Naturally I started Ultra moon which is about 90% the same game. If I ever finish it I’ll tell you guys about it here.

I finished Bastion. Played this game years ago but never got around to finishing it. I recently watched a documentary on Hades (Supergiant games’s latest game). [documentary here]. Made me want to play that game but it’s an epic games store exclusive and I was too lazy to download the client and make an account so I decided to play bastion instead.

This game is amazing. The combat is solid and can be as challenging as you want it to be after unlocking the shrine (you can pray to the gods to add modifiers to the enemies). The visual style of the game is just beautiful, with the world being built around where you are walking. The audio is no slouch either. The music kicks up at the perfect times to create drama and tension. The music is also very fitting for the setting, bleak and beautiful. One of the best games I’ve ever played and its cheap. A must buy for anyone who has never played it before.

Might move onto Transistor now since I’ve never played it before.

Tried Bastion, for some reason it was put aside to play other games. The game itself is really good as you said I was just probably not in the mood to play this type of game. Transistor is even better, I finished that one and on my list to do a ng+ run.

That’s what happened to me years ago when I first attempted bastion. I got in the mood for some other type of game and just never went back to it.

Currently downloading Transistor. I’ve only ever heard great things about it so I’m excited.

Everyone should play all the super giant games

I love Hades. And by Hades, I mean the game Hades.

I love Hades. And by Hades, I mean the game Hades.

I will try it…when it is on Steam 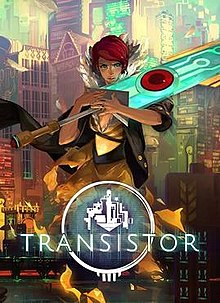 I finished Transistor. I have to agree with Buttstallion. The game is somehow even better than Bastion. The story is great and similar in how most of what is presented to you is told by another character. Even though in a way I guess you are playing as Red and the Transistor.Similar broad story beats are also hit in both games.

The visuals in this game are very pretty. The world is very beautiful to look at and throughout the game there are scenes where you are traversing the landscape whether it’s on a motorcycle or on a swarm of tiny process cells. Those scenes in particular are just pure eye candy.

Now to probably the best part of the game (for me anyways), the audio. It’s very clear that the audio was a huge part of this game when they were making it. At a certain point you unlock an area where you can do challenges and unlock songs to listen to in that hub area. You can also relax on a hammock and just look at some cyber visuals change colour while listening to music. You can hold the tab key down and have your character hum to the song playing as well. This is the department where the game absolutely shines.

Now it’s been all praise so far but I do have some gripes with the actual gameplay. The gameplay has a large amount of experimenting and replay-ability with the large amount of functions you can use, and the many different ways you can use them. Each function can be used as an active, an upgrade for another active, or a passive for the character. They also have a cool tab you can look at to see the percentage of other players who used those functions and if they used it as an active, upgrade, or passive. Looking at that It seems my loadout was vastly different from the majority. Mind you the first 4 functions you get are the most used sadly. This part of the gameplay was fun and I enjoyed experimenting. My issues with it both come from the whole pausing the world to plan out a line of attack. The actual planning and stuff was quite fun. The annoying part afterwards was the whole having to recharge before you could even attack again. I found this made the dash to be a mainstay for the whole game because it was still usable after using your turn unlike attacks. If you used the dash as an upgrade you could allow an attack to be usable after a turn instead of waiting for the recharge. This leads me to my second issue with the gameplay. Your attacks are really slow in regular combat. Using dash as an upgrade seemed pointless to me because attacking during regular combat seems really slow. once you go for an attack you commit to it. So your character is just standing there taking a bunch of projectile damage while trying to attack. This made the combat feel like it was pretty much just plan out your turn. Run away dashing like a madwomen until you can use your next turn. With that said the combat was still enjoyable enough to not only make it through the game but to also enjoy the game a lot.

This game is another must play. I started pyre when Shifty bought it for me as a gift. Looks like I’ll finally go back and actually finish it this time.

Wow it didn’t seem like a big post when I was typing it. I didn’t proof read that at all so hopefully it makes sense because looking at it now I don’t even want to bother reading it.

Pyre was my least favorite story but had fun gameplay Well I picked up a switch a couple weeks ago. I beat Super Mario Odyssey a couple days after buying the switch but am only posting this now because I’ve been trying to 100% it ever since.

This game is so much fun. There are so many different unique kingdoms in this game. From a metropolis city to a Japanese style fortress every level feels very different from each other. I’m getting a bit frustrated with it now because I have only the hard moons left to collect but the main game is just an absolute blast.

Odyssey was a blast. It had the same “new” feel as Mario 64 did back in the day.

I liked it enough to finish it but definitely not enough to try to 100% it.

What’s your next game?

Odyssey is literally the only switch game that I can get for 30 bucks. Weirddddddd

Odyssey was a blast. It had the same “new” feel as Mario 64 did back in the day.

100% agree. I felt it strong when I was first playing. Feeling started to come back when I found my first picture wrap to a secret.

I liked it enough to finish it but definitely not enough to try to 100% it.

What’s your next game?

Probably Breath of the wild. Odyssey and breath of the wild are the two games I want to play for switch the most. Figured I’d start with Odyssey since it seems like the shorter of the two.

Probably Breath of the wild. Odyssey and breath of the wild are the two games I want to play for switch the most. Figured I’d start with Odyssey since it seems like the shorter of the two.

Oh yeah, I have to finish that one as well. I guess I’ll start it over since I forgot everything that’s in the game. I couldn’t finish it for some reason.